Although not exactly fresh, Pokemon Platinum's substantial fine-tuning and new features make it the best special edition yet.

Two things are certain in the crazy world of Pokemon: Somehow these adorable creatures trigger an undeniable urge to collect 'em all, and every new generation of games ultimately spawns a special edition with additional features. Usually these new editions rely on cheesy gimmicks, but Pokemon Platinum's gameplay is much more refined than that of its predecessors, Diamond and Pearl. The focus is still on classic, addictive battling, but Platinum also incorporates several new areas and an impressive array of subtle changes, making it the best of the bunch despite heavily recycled content.

Platinum maintains the franchise's traditional elements, including a cozy (if banal and predictable) backstory with some slight adjustments. You select your character's gender, receive your first Pokemon from the local Professor Rowan, and embark on your own adventure--exploring the land of Sinnoh's vivid countryside and meddling in the affairs of the laughable Team Galactic. Two new characters extend the returning plot, providing interesting details about the new areas and Pokemon forms, but they add little overall.

The majority of the gameplay follows the series' tried-and-true formula for a pleasantly nostalgic journey. You travel with a team of six Pokemon and engage other trainers and wild Pokemon in simple, turn-based battles. Each creature has four moves based on elemental types, such as fire and water, and the goal is to capitalize on your opponent's elemental weakness. These ability types form the basis of a rock-paper-scissors mechanic that encourages you to catch a variety of Pokemon to tackle any opponent, providing the foundation of the game's highly addictive nature. Capturing Pokemon adds them to your collection and expands your Pokedex's Pokemon data, which now boasts almost 60 new creatures, though you're still spending most of your time battling the same old Pokemon.

Facing off against the game's huge selection of Pokemon masters is now even more challenging and fun. Pokemon gyms have been redesigned to incorporate interesting minipuzzles, and gym leaders, important trainers, and even the Elite Four have all had their Pokemon lineups adjusted to reflect the expanded Pokedex. You're now able to retackle gym leaders and the Elite Four, and both groups feature more-advanced Pokemon for your rematches, which keeps you on your toes and offers a more lasting challenge. New, special trainers appear in Pokemon centers for entertaining combat practice, and their fights can also be repeated.

The new Battle Frontier, in which you'll tackle your most difficult foes for rare prizes, is the game's most impressive and addictive feature. It's been tweaked since its Pokemon Emerald debut to house five battle facilities, such as the popular Battle Tower, and plenty of new restrictions to test your mettle, including back-to-back battles and sharp limits that curtail your Pokemon usage. The Wi-Fi Club, which enables you to battle registered friends via the Nintendo Wi-Fi Connection, now uses a clearer visual interface and lets you and a friend go through the Battle Frontier together, pairing up against trainers from all over the world--another of the game's most enjoyable elements. If you ever grow weary of Wi-Fi battles or the Battle Frontier, you can visit the new Distortion World, wherein you have to traverse floating platforms and endure deliberately confusing camera perspectives en route to an exciting battle with the famed Giratina's new origin form.

Trading, the other half of Pokemon, is just as fun and addictive as catching your own creatures. The Global Trade Station, renamed the Global Terminal, has been slightly expanded to better facilitate trades over the Nintendo Wi-Fi Connection, which enables you to trade without meeting other players. A neat new e-mail feature exclusive to Platinum will contact your Wii account when a Pokemon that you've listed for trade has been accepted, saving you time that you'd ordinarily spend rechecking your listings on the DS. The terminal has also received a new Battle Videos feature with which you can take advantage of the new Vs Recorder and submit videos of you battling against friends or in the Battle Frontier. You can upload videos for ranking and share them with friends, which is great for those times when you wished a friend could have witnessed your astounding victory or hilarious defeat.

It's unsurprising that the game looks much the same as its immediate predecessors, though there have been some slight graphical improvements. Pokemon animations have been somewhat refined and perform flashy moves shortened for brevity; however, the text speed is still too slow even on the fastest setting, which can make battles tedious regardless of whether or not you turn off attack animations. Colorful environments feature several redesigned areas, and you can now clearly see footprints and bike tracks as you scurry along pretty seaside beaches. Unfortunately, battle screens are still rather barren and Pokemon cries feel very outdated.

Though most of Platinum's content is recycled from the Diamond and Pearl games, the Battle Frontier and numerous tweaks applied to even the smallest of elements manage to make it feel fresh. Pokemon Platinum's rich gameplay and extensive replayability create a highly satisfying adventure that's well worth taking for newcomers and Pokemaniacs alike. 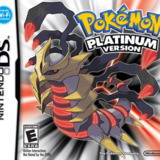 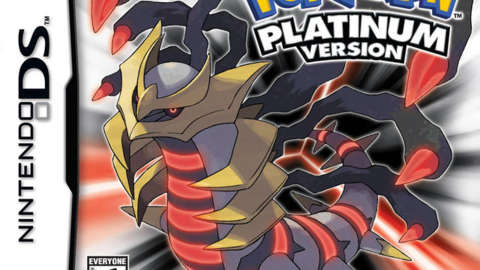 Pokémon Diamond is the first installment of Nintendo's popular role-playing series on the DS.