Pokemon Pinball manages the impossible by being more than a shameless cash-in on the Pokemon phenomenon.

Pinball and Game Boy have a long history together - not much of a surprise when you think about how old both these gaming staples are. We previewed the Japanese version of this Pokemon-themed balls-and-flippers extravaganza a short while back, and now the English version is here for people to love, enjoy, and raise as one of their own. Well, that may sound a little far-fetched, but this is a very cool game.

Not much differs between this and the Japanese version, except for the obvious name changes. As the title suggests, the worlds of Pokemon and pinball have collided into one Game Boy cartridge. The objectives are still the same - catch all 150 Pokemon and keep the ball rolling around the table, racking up as big a score as possible. Multipliers, bonus targets, and extra stages adorn both tables - red and blue, of course - with the storyline following the cartoon pretty closely. You venture off from your hometown and move around the world of Pokemon, looking for new creatures to capture and coming across Team Rocket's minions. Although you need to collect all 150 Pokemon to complete the game, you don't need to do this in one game thanks to the battery backup system. This makes us happy.

All the Pokemon goodness, including the gratuitous Pikachu appearances, seems to be at the expense of the pinball experience - incorrect physics and the lack of multiball and end-of-game "match" features being the primary examples. Not that these things really matter in a game that's meant to be fun rather than a complex simulation of ball physics, but being able to use the tilt an unlimited number of times to rescue virtually any ball doesn't feel right. It could have been a lot worse, and all things considered, it still plays solidly. On the positive side of this equation, the bonus levels and point scoring challenges are more numerous than in a regular table. Every session unlocks new goodies for you to increase your score with, and there are plenty of new targets - both on the board and on the high-score table - to aim for.

Graphically, this makes fine use of the color machine. Little touches, like how the ball changes color depending on how high the multiplier is set and classic Atari-style color cycling on menus, rank pretty high on the cool-ometer. The flick-screen tables are full of lively sprites that any Pokemon fan will recognize - Voltorb, Psyduck (any game with Psyduck in it is A-OK), Diglett, and plenty more make up some of the more point-laden features on the tables. Just like the original game, you need to be a master at both Red and Blue to get all 150 Pokemon - a nice touch.

Oh, and let's not forget that fumble feature. Actually, maybe we should, because it's a waste of plastic, not to mention a AAA battery. What starts off as a nice novelty becomes an increasingly irritating way of moving the screen around when you're trying to concentrate - imagine someone bumping you every time you're trying to get past an extra hard section of, say, Super Mario DX, and you can see why we're thankful the vibration can be turned off in the menu screen.

Overall, Pokemon Pinball manages the impossible by being more than a shameless cash-in on the Pokemon phenomenon. In fact, it's one of the best pinball games on the machine. How can anyone refuse such a tasty combination? 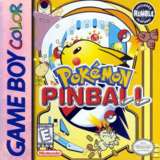 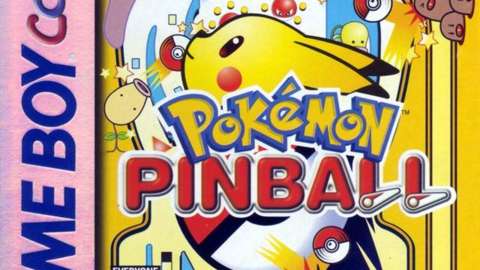 Pokemon Pinball manages the impossible by being more than a shameless cash-in on the Pokemon phenomenon.