Both new and long-time Pokémon players will find in FireRed and LeafGreen a lengthy and involving role-playing adventure.

In 1999, the original Pokémon Red and Blue games hit the Game Boy, and Nintendo's pocket monster franchise has been hugely successful ever since. It has been so successful, in fact, that the original games got a remake in the new Pokémon FireRed and LeafGreen. Fans of the original games will feel a sense of déjà vu going through these latest games, though they'll enjoy seeing all their old Pokémon favorites in full color on the Game Boy Advance. However, both new and long-time Pokémon players will find in FireRed and LeafGreen a lengthy and involving role-playing adventure. The gameplay hasn't changed much at all over the years, but it's still just as addictive. And the inclusion of a wireless adapter with every copy of FireRed and LeafGreen makes Pokémon's popular multiplayer element more accessible than ever.

The enduring appeal of Pokémon may seem inexplicable to the uninitiated, but it's certainly no accident. The world of Pokémon is a cute, kid-friendly one, filled with hundreds of different colorful creatures, many of which are inspired by real animals. Each unique Pokémon has a clever name and a distinct combination of traits and abilities. In the gameworld, trainers capture these critters out in the wild and then duel them against other trainers and their creatures. It's sort of a violent premise, actually, and therein probably lies part of the allure--yet the world of Pokémon is so lighthearted and charming that even cynical players are liable to get swept into it if they give it so much as a chance.

As in the original Pokémon Red and Blue, in FireRed and LeafGreen, you play as a character with aspirations to become the greatest Pokémon trainer in the land. Unlike in the original Pokémon games, though, you can now play as either a boy or a girl. Either way, you'll be trying to discover every last breed of those mysterious creatures in the process. Along the way, you'll square off against the nefarious Team Rocket, not to mention dozens of rival Pokémon trainers. Just getting to the end of the story takes about 25 hours, and you'll have uncovered only a fraction of the Pokémon in the game by that time--so there's tons of lasting value here, especially since you can keep playing once the main quest is over. In fact, hardcore Pokémon fans would argue that you're only just getting started at this point. Once you've finished the quest, many more new Pokémon become available for catching, and it's possible to go back and challenge any of the trainers you've previously encountered for some tough high-level challenges.

As with previous simultaneously released Pokémon games, FireRed and LeafGreen are essentially identical products whose only differences are precisely which Pokémon creatures they contain. Neither version contains all of the Pokémon, so you'll need to trade with another player in order to catch 'em all. But there's little point in actually getting both versions of the game for yourself.

Last year's Pokémon Ruby and Sapphire introduced many new breeds of Pokémon, but it didn't do much to change the series' core gameplay. Its one real innovation was battles between pairs of Pokémon (the vast majority of fights were still one-on-one), and that twist carries over into FireRed and LeafGreen, which otherwise plays just like Pokémon always has. Basically, you'll run around in the game's fairly vast world of towns interconnected with stretches of wilderness, and as you go, you'll often run into rival trainers as well as wild Pokémon, at which time the game switches to battle mode. The turn-based battles are simple in execution--each of your Pokémon has a maximum of four different actions it can use in a fight--and yet there's genuine complexity in the balance between different types of Pokémon.

It boils down to a rock-paper-scissors type of system, meaning no Pokémon is without some sort of exploitable weakness (for example, a water Pokémon like Squirtle can really put the hurt on a fire Pokémon like Charmander), but there are so many different types of Pokémon and so many different moves that there's definitely a lot to consider as you fight. That's especially true, perhaps, when you're fighting wild Pokémon that you've never seen (or caught) before. Catching Pokémon can be tough, since you'll want to weaken them as much as possible, yet without draining all of their hit points, before trying to capture them with one of those poké balls that you should always have in ample supply. This is a consistently tense and exciting process, especially since the tougher the Pokémon you're trying to catch, the tougher it is to catch it.

You can have up to six different Pokémon with you at a time, and each one involved in a battle gains experience points. As Pokémon level up, they gain new abilities, generally get stronger, and sometimes evolve into stronger, more mature versions of themselves. Leveling your characters is a time-honored tradition of role-playing games, and in Pokémon FireRed and LeafGreen, there are hundreds of different characters for you to potentially concentrate on building up. You'll need to make some tough choices along the way, since it is tempting to try different combinations of Pokémon, and it's also tempting to try different combinations of abilities for each one.

The battling is the heart of Pokémon FireRed and LeafGreen, and it's lively and entertaining enough to sustain many long hours of gameplay and to make those hours seem to simply vanish. However, like last year's Ruby and Sapphire, these new games don't necessarily go quite as far as they could have in making the battling as exciting as possible. Two-on-two battles are rarer than they probably should be in the single-player quest, and the pacing of the battles starts to drag after however many dozens or hundreds of them you complete. There's an option to turn off the special effects of your Pokémons' moves, which speeds things up a bit, but you'll still wish the fighting could be a bit faster overall. Furthermore, if it hasn't been very long since you played one of the original Pokémon games, or if you've already poured dozens or hundreds of hours into building up these same exact Pokémon critters, then you justifiably might not want to go through it all over again. It's true that FireRed and LeafGreen's story and characters closely mirror the content of the original games, so Pokémon fans shouldn't go into this experience expecting too many surprises.

On the other hand, Pokémon FireRed and LeafGreen stands as a solid portable role-playing experience. The turn-based nature of the game makes it perfect to play on the go, and whenever you load a saved game, there's a brief black-and-white sequence recounting your most recent accomplishments. More games would benefit from reminding players of where they left off in such a fashion. The feature's implementation in FireRed and LeafGreen isn't quite perfect (you'll notice some parts of the summary sequences repeat themselves occasionally), but it's still novel and interesting. Other than that, FireRed and LeafGreen do a better job than previous Pokémon games of giving you pretty much all the information you'd want about the game and about your creature collection. There's a text-based help system that's always available if you're not quite sure how the game works, and the game's menus give access to lots of handy information about all your Pokémon, too.

Of course, the inclusion of a wireless adapter is another big feature here, and it works as advertised. For technical reasons, it doesn't strictly replace the standard GBA link cable, so for now, it only works with Pokémon FireRed and LeafGreen. However, it works very well for these games--being able to trade with and battle against your friends (and engage in a couple of simple multiplayer minigames) can potentially add tons of additional playtime on top of the single-player questing. As always, there's a big incentive to trade Pokémon with your friends, since traded Pokémon gain experience significantly faster than Pokémon that you caught. Also, the wireless adapter allows for many players to congregate in the games' new "union rooms," which function like lobbies for battling and chatting. The chatting aspect is a little strange, given that you need to be in speaking distance for the wireless adapter to actually work; but the rest of FireRed and LeafGreen's multiplayer components are certainly interesting.

Pokémon FireRed and LeafGreen feature colorful good looks and the endearing character designs that the series is known for. The dozens of different creatures in the game are certainly the best parts of the presentation, and they're imaginative and stylistically consistent, despite how many of them there are. There's not much animation to them, but their various attacks look good, and the little icons representing each one are also unique. As for the audio, FireRed and LeafGreen recycle many of the same sound effects that Pokémon fans have been listening to for years now, though these still sound good. The games' upbeat music also fits the theme well, and it drones harmlessly in the background most of the time.

You'll be in very familiar territory with FireRed and LeafGreen if you've played any of the Game Boy Pokémon games before, but that's definitely not a bad thing. Though Pokémon could probably use a few new twists after all these years, FireRed and LeafGreen are great role-playing games on their own merits, filled with lots more content and more challenges than last year's Ruby and Sapphire, and offering up plenty of addictive gameplay that can be a lot of fun for players of all ages. 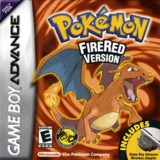 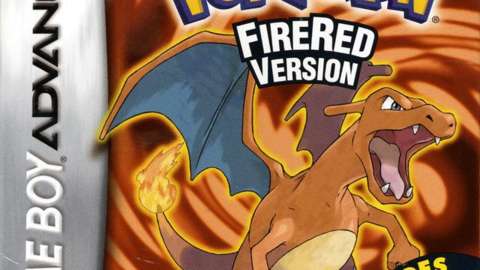 Both new and long-time Pokémon players will find in FireRed and LeafGreen a lengthy and involving role-playing adventure.