This Sims-style strategy game comes off as cold and mechanical, capturing none of the devil-may-care attitude you'd expect and casting Hef's idyllic lifestyle as a hollow grind.

The life of Hugh M. Hefner, the man whose lifestyle Playboy almost seems named after, is the stuff of dreams. Or, as it might seem in Cyberlore's Playboy: The Mansion, the stuff of good PR. You'll take control of a virtual Hef to try to build the Playboy empire while rubbing elbows with celebrities, frolicking with Playboy Bunnies and Playmates alike, and throwing a seemingly endless string of parties along the way. Oh, and you'll publish a magazine or two. Yet despite the bacchanalian context, this Sims-style strategy game comes off as cold and mechanical, capturing none of the devil-may-care attitude you'd expect and casting Hef's idyllic lifestyle as a hollow grind established purely for the sake of selling more magazines.

The idea is that as a young, vital Hugh Hefner, you take the magazine from the first issue and build it up from there. However, in the game's mission mode, you'll get a good head start by having already acquired the famous Playboy Mansion. The game breaks down into three easy pieces. Of course, your primary concern is publishing your magazine, which demands that you acquire a set number of pieces of content: one cover shot, one centerfold, one article, one interview, one essay, and one pictorial. You'll need to hire a small staff of journalists and photographers to produce most of the content, as well as a new Playmate each month, but for the cover shots, essays, and interviews, you'll need celebrities.

To get connected to celebrities, you'll need to throw some parties...a lot of parties, actually. By inviting prominent figures from the worlds of politics, sports, and just about every arm of the entertainment industry to your get-togethers, you'll be able to strike up conversations with them. And after you've gotten to know them, you can ask them to contribute to the magazine. Social networking plays a big role in Playboy: The Mansion, though its execution is extremely shallow, making it easy to go from perfect strangers to best friends, to business partners, to intimate partners with a few clicks of the dialogue menu.

Successful parties will increase your overall fame, which helps sell magazines. To throw a successful party, you'll need to make sure you've invited a group of compatible people, in addition to hiring Playboy Bunny hostesses to keep the rooms alive and providing plenty of other activities to keep your guests happy. To keep the Mansion as fabulous as possible, you'll have to take some of your magazine money and reinvest it in the grounds. There's an extensive amount of customization available, letting you determine the floor plan of the mansion as well as the furniture and various decorative pieces that are housed inside.

It seems like there's a lot to juggle in the Mansion, but in reality it only requires as much tending as you feel compelled to invest. Time seems kind of nebulous, and you have no hard deadlines for when you need to have each month's issue finalized, allowing you to collect the content you'll need at your own leisure. Similarly, if you don't want to obsess over the interior design of the Mansion, you can simply do the bare minimum to keep guests happy and be done with it, since Hef's own personal satisfaction isn't a factor at all. In fact, rather than being harrowing, which might even be preferable, Playboy: The Mansion is just dull. Your goals and your means to them are laid out pretty plainly, and the obstacles between you and success are numbered.

The game gives you the option of playing in mission or free-form mode. The mission mode provides you with additional goals to meet as you publish magazines, throw parties, and expand the Mansion, while the free-form mode stays true to its name by letting you play however you feel fit. Though the PC version's mouse-based controls feel a bit more natural, especially given the heavy influence of The Sims, experiences with the PS2 and Xbox versions aren't too different from each other, both in terms of navigation and overall presentation.

The most compelling bit of content inside Playboy: The Mansion involves the unlockable extras, which include classic Playboy covers, centerfolds, and interviews with celebrities ranging from Snoop Dogg to Jimmy Carter. The dozens of photos from across Playboy's history provide an interesting retrospective on the magazine, and to a certain extent, American pop culture at large. The interviews hold up without any nostalgic assistance and simply represent good reads. Ironically, the articles might just be the best reason to subscribe to Playboy: The Mansion.

The game plays an awful lot like The Sims, and its presentation similarities to Maxis' suburban lifestyle simulation are many as well. The game is mostly played from a three-quarters overhead perspective, though you can spin the camera around and zoom in and out at will. The people in the game all have a pleasantly nondescript look to them, à la The Sims, and after interacting with dozens of unique celebrities and staffers, they'll all start blending together. Similarly, the girls who pose for the cover and centerfold shoots, despite having different hairstyles, skin tones, and bra sizes, are otherwise indistinguishable. Combine this with the limited animation routines the girls go through during the photo shoots, and over the course of publishing a year's worth of Playboy magazines, it'll start seeming like you're just taking pictures of the same girl in a different wig...which, if you think about it, is kind of creepy. The overall look is mildly playful and a little chunky, and despite a bevy of topless models galavanting around the grounds, the game never even proffers a close brush with titillation. It makes some effort, but the bland, somewhat mechanical look of the game keeps it from being anything more than just slightly bawdy.

Buying sound systems for the Mansion can provide you with some good background music that covers a pretty broad range of tunes, from fairly stock rock, hip-hop, and techno stations to more-unusual options, such as an industrial station, a flamenco station, and a jazz station. More curious than the eclectic nature of the soundtrack in Playboy: The Mansion is the rampant censoring. Having already earned a firm M-rating with its healthy attitude toward toplessness (both digital and otherwise), Playboy: The Mansion's self-censorship seems almost hypocritical. Though Hef and everyone else who visits the Mansion speaks in some house-brand version of simlish, the gibberish language spoken by sims in The Sims, you have a handful of assistants and executives that will regularly dole out useful information in plain English. Their utility far outstrips the chops of the voice actors, whose reading of the expositional dialogue is often stilted and unnatural. The music is the most prominent element in the game's sound design, and it does inject a little personality into the proceedings. However, the game still can't help but feel kind of dry.

Beyond simply not being a particularly compelling game, Playboy: The Mansion really seems to balk at presenting the swinging spirit of the Playboy name, and it openly treats both Hefner and the Playboy reader like a commodity. Like Hef himself, who has gradually shifted from outspoken cultural icon to caricatured corporate mascot, there's not a lot of Playboy left in The Mansion. 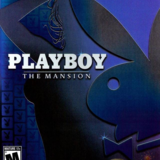 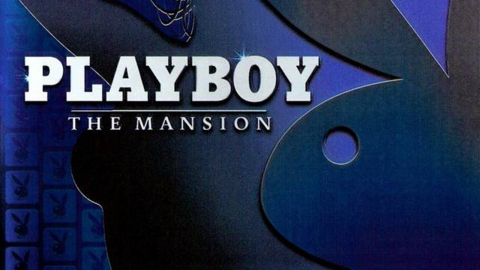 Playboy: The Mansion blends social simulation with role-playing and empire-building gameplay. As Hugh Hefner, you build the Playboy Mansion and magazine into a cultural icon and a powerful brand.