While some are more interesting than others, in practice, Core Combat's new additions don't seem to add much to PlanetSide.

EverQuest creator Sony Online Entertainment released its massively multiplayer shooter PlanetSide earlier this year. The game lets you play as a futuristic soldier in one of three factions, duking it out for temporary control of five major continents by gaining "certifications" to carry different weapons and items. Additionally, you can gain certifications in driving different vehicles. PlanetSide's initial design was ambitious, and, at launch, it offered a uniquely enjoyable experience. Unfortunately, it was compromised by technical problems and by a complete dependence on other players' performance. So, if everyone else screwed around, you were doomed to lose. Six months later, Sony Online has released an expansion pack, Core Combat, which adds new cavern areas, new weapons, new vehicles, and a new game objective--that consists of capturing modules from the caverns that can grant special bonuses to your faction. While some are more interesting than others, in practice, Core Combat's new additions don't seem to add much to the main game, and they suggest that the developer's time might be better spent addressing other issues that plague the original game.

Core Combat's most obvious addition to PlanetSide is a set of new cavern areas for each continent that house "ancient technology"--a technology that powers special modules which provide bonuses when installed in a surface base. Additionally, ancient technology provides the expansion's new weapons and vehicles. The caverns themselves are quite large but consist of tight areas that don't allow too much room for vehicles, though they are connected by ziplines, a series of glowing lines that drag any player who is on foot from beginning to end (ziplines were recently made two-way transportation). However, the caverns are accessed by portals that periodically become active and inactive, so if you're "off-hour," you're out of luck. The developer has recently made the timer a bit shorter, though. Ziplines or no, the caverns are still usually empty when you can access them. This is because they're mainly a means to an end. The cavern represents a location you run into. You then grab a module. Finally, you run back out to the surface so you can actually use the module's benefits. Though you can also use cavern terminals to get any ancient technology weapons or vehicles you may be certified to use, installing the right module in a surface base actually lets you commission the new vehicles and weapons on the surface. Modules can also be stolen by any players (even those who don't have Core Combat), from enemy bases, for use in your own bases. This means that you can participate in module runs without the expansion, even though you can't use the new vehicles or weapons.

The expansion's new weapons include an assault rifle, called the radiator, which deals continuous radiation damage to enemies; a heavy assault weapon, called the maelstrom; and perhaps the most interesting weapon, the spiker, which is a pistol that deals a small amount of area-of-effect damage on contact. As such, the spiker presents a viable, new option for players wearing PlanetSide's restrictive infiltration suit, which allows only the use of small firearms. The vehicles seem a bit more interesting. They include the router, a short-range two-way teleporter ideal for base defense; the switchblade, a hovering vehicle that can be deployed as a more-damaging stationary turret; and the flail, a powerful long-range artillery vehicle that fires at targets that your teammates "paint" for you. The flail and router seem like the most popular of the vehicles, but you won't see them on the battlefield that often, since they can only be commissioned from caverns or from bases with a vehicle module, and they can only be commissioned while or after caverns have become available for use. Sony Online has stated that it intended to introduce vehicles that are different but not more powerful than existing vehicles (so that players who didn't get the expansion would not be at a great disadvantage), and this seems true. Apparently, these additions don't fundamentally change or significantly improve PlanetSide's gameplay, either.

Since launch, the developer has introduced some new features into the core game, including a few new vehicles, the ability to form double-sized squad groups (called platoons), and lattice link units (LLUs). LLUs are items that are treated similarly to flags, from a standard first-person capture-the-flag mode, and appear at certain bases when hacked. Module runs are actually similar to LLU runs in that both modules and LLUs are crucial items that clearly mark their carriers and can be dropped if their carriers are killed. Otherwise, the core game of PlanetSide remains similar to the original game. Your primary goal is still to attack or defend surface bases by shooting down your enemies, tending to the wounds of your comrades, and/or hacking enemy control centers to eventually take control of bases for your faction.

As before, the game's pacing can sometimes include long periods of inactivity, where you're either sitting and waiting for a control point to be hacked, or you're walking a long, long distance back from your spawn point if you can't commission a nearby vehicle. Just as at launch, PlanetSide can still be exciting and enjoyable--as long as you're working together with a squad of competent players who know their roles, and as long as you're not experiencing any lag. However, if you're either stuck with bad teammates or experiencing lag, PlanetSide can get as frustrating as it was at launch. As before, the game has a tendency to run into lag when lots of other characters are onscreen, and, ironically, big battles with lots of opposing players and vehicles are where PlanetSide is at its most interesting. The caverns were apparently intended to provide alternate battlegrounds, and Sony Online has discussed plans to change access points to caverns so that they can be used as transportation between different continents. This, along with other future changes, may make caverns more appealing to players. However, as of now, they remain usually empty and are not always accessible.

Core Combat's additions can be very interesting for PlanetSide players who take the extra effort--and really go out of their way--to use them. As it stands, however, most players don't seem to bother; they'll use routers and other vehicles, if available. Most of the game's action continues to take place with standard-issue weapons and vehicles in and around surface bases--all of which are included in the original game. If you're a diehard PlanetSide fan looking to expand your game, you should definitely consider Core Combat--if you haven't already gotten it. Otherwise, if you're not a devoted PlanetSide fan, it seems doubtful that this $30 expansion pack will change your mind about the game. 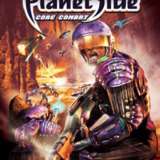 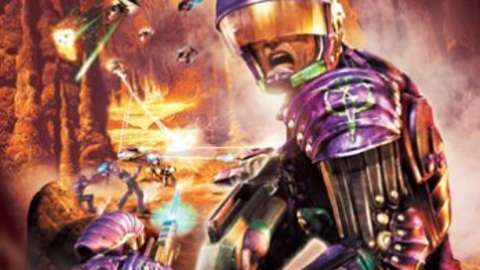 While some are more interesting than others, in practice, Core Combat's new additions don't seem to add much to PlanetSide.