How important is a first impression? In the case of a video game, a poor one can push you into the arms of another. That doesn't mean that the new game isn't good, or even amazing--but you've now turned away from that game, or postponed your time with it. Perhaps you will return, and perhaps you won't; that initial glimpse stays with you and colors your perception.

Class-based, massive online shooter PlanetSide 2 on the PlayStation 4 doesn't make a great first impression, whether you are new to the game, or have transitioned from the PC version. If you're new, the lack of direction can make the first moments daunting. Tooltips give you some basics upon your first interactions with various terminals and menu screens, but there are terms and mechanics you must come to grips with, and the best way to do that is to undergo trial by fire. Granted, you can get your bearings in a reasonable amount of time, learning what certs are (not a tasty mint, in this particular case), discovering the proper use of a sunderer vehicle, and getting used to the many menus. But if you're new, it's natural to flounder. After all, PlanetSide 2 doesn't even tell you what its three factions stand for or why they fight; rather than engage in some basic world-building to draw you in, the game asks you to choose a side blindly. There's nothing to center you, no direction for your emotional compass to point.

If you're coming to the PS4 version from the PC version, there is no learning curve, but there are other obstacles to overcome. Many of them are minor--but there are enough of them to make you pause and ponder whether these issues shouldn't have been solved, given that PlanetSide 2 is approaching its three-year anniversary on the PC. For instance, it often takes menus several seconds to respond, making you wonder if a button press didn't register--and if you press it again, you could inadvertently queue up commands you didn't intend. (Several times, I have deployed vehicles I didn't want because the slow interface had me repeating a button press I presumed hadn't worked.) The visuals are also a notable downgrade, a sensible sacrifice to keep the frame rate stable; unfortunately, PlanetSide 2 occasionally stutters and hitches during the most intense battles, making the compromise sometimes hard to swallow.

On the other hand, PlanetSide 2's special moments are too special to let these encroaching shadows envelop the game in darkness. Yes, you would reasonably expect the full release to perform better, and to have swiped away the simple bugs that occasionally crawl into view--the way the reddish arcs that indicate you have been hit may not disappear until you log back in, the infrequent but irritating hard crashes, and so forth. But when the war heats up, there's nothing exactly like PlanetSide 2, a massively multiplayer shooter in every sense of the term. The world and its four primary continents (as well as the starting continent accessible only to newcomers) are open and persistent, inviting combatants to fight for control over the facilities scattered across the expanses.

You engage others by taking to the air and participating in dogfights, by roaring forward in tanks, and by joining fellow infantry and rushing into ground battle. You're hooked up with a squad as soon as you log in, and while my fellow players aren't nearly as vocal or as coordinated on the PS4 as they are on the PC, it's to PlanetSide 2's credit that you can get involved in warfare mere seconds after entering the world--and that you can understand what your objective is simply by observing the heads-up display and following others into contested zones.

And thus the battle rages ever on. You and other comrades hop into a transport vehicle called a sunderer, trundle towards your destination, and deploy near a facility, hoping that the terrain and architecture protect the vehicle from any keen-eyed heavy troops nearby. (A few rockets and homing missiles can quickly turn a sunderer to scrap, particularly if there are no engineers on hand to repair it.) Once deployed, the sunderer serves as your base of operations as well as a spawn point, ensuring that you and your squad never spawn too far from battle after death. From here, PlanetSide 2 becomes a veritable series of controlled detonations, with the swamps of the continent Hossin and the Esamirian tundra lighting up with artillery and laser fire--but never devolving into an incomprehensible mess off aimless firefights.

The pace of battle changes depending on where the struggle occurs. A base nestled in the hills gives rise to clever sniping and rivers of infantry that participate in a tug of war as one faction pushes upwards, and the other streams downwards to stop it. Outcroppings, rolling hills, and rising towers break up your line of sight from every side, forcing you to be aware of potentially vulnerabilities in all directions. A flat approach, on the other hand, paves the way for a daunting rumble of tanks flowing as one unit towards the contested base. Tanks have a nice heft to them, making it fun to roll over hills and launch artillery at oncoming vehicles. On the flipside, launching a missile into one of those tanks, watching it explode, and hearing that rewarding audio tinkle that alerts you to experience earned is a consistent treat.

You would reasonable expect the full release to perform better, and to have swiped away the simple bugs that occasionally crawl into view.

As with most video game wars, your success is never assured, and with loss comes frustration: the frustration of being gunned down by an infiltrator equipped with a bolt-action rifle as you sprint from one doorway to another, the frustration of shooting a teammate as he crosses your path just as you begin firing at the enemy, the frustration of hearing the voiceover explain for the umpteenth time that you shouldn't shoot friendlies. (Thanks, repetitive narrator-man.) Death is rarely an annoyance in and of itself, however. Even if you frequently fall, engagements are too big for you to feel as if you have singlehandedly let down your teammates. If you only rack up a few kill assists in between spawns, there's still a sense of accomplishment. When there's madness in all directions, who can say whether the bullets you landed didn't divert the winds of conflict?

Not every moment you spend in PlanetSide 2 is in the midst of a massive firefight, however. There are uneventful stretches in which you and your squad capture facilities with little resistance, or amble ahead in tanks for many minutes on end, wishing there was something to shoot. Back at your faction's primary base, you might spend some time deciding how to spend the certification points you've earned during your hours and days of battle. This is your primary currency, and as is the case with so many free-to-play games, this currency accumulates slowly after the initial hours. When you feel vulnerable even when surrounded by the stolid armor of a lightning tank, it's only logical that you'd want to reinforce it. And when certs are slow to come, spending real-world money is a temptation.

I wouldn't call PlanetSide 2 "pay to win;" Too little rests on your individual performance for that moniker to be an apt one. Yet there are some conveniences that are difficult to resist, such as the ability to bypass login queues when you purchase a membership (that is, a paid subscription, which is $14.99 if you pay on a monthly basis). Given that queues are still frequent on some servers, that cost ends up feeling more like blackmail for an experience that should be a base-level expectation (playing as soon as you log in) rather than a premium perk.

Like so many big games with dozens of complex moving parts, your enjoyment of PlanetSide 2 on the PlayStation 4 rests on how forgiving you are of technical hiccups you would properly expect to be vanquished. As you play, the questions mount. "Why did that tank vanish into thin air after I fired my homing missile, and why did my missile then shoot into the sky?" "Why did my vehicle just sink through the geometry and explode?" "Does the view distance need to be this bad, even on a snowy continent?" You may never find answers--but you will temporarily forget you ever asked the questions when you and a squad of jump-pack-equipped light infantry swarm an enemy base, forcing the opposition onto the exterior platform where a friendly aircraft pilot guns them down with a laser cannon. At these moments, the troubles fade away, leaving only the frights and delights of planetary war.

View Comments (106)
Back To Top
7
Good
About GameSpot Reviews 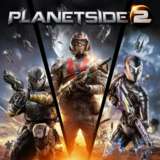 Kevin played many dozens of hours of PlanetSide 2 on the PC, and spent dozens more with the PS4 version. He's not the best pilot, but he's killer with a rocket launcher. He's played different factions for review purposes, but his heart will always be with the Vanu. 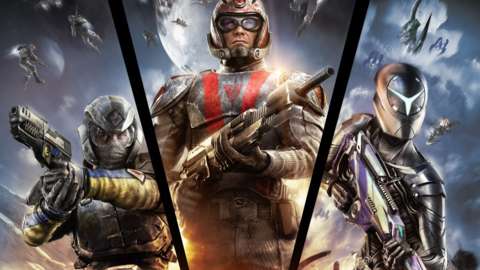 PlanetSide 2 is a massively multiplayer online first-person shooter set in an online persistent world where the war wages nonstop and the balance of power shifts with every base and territory captured and lost.