This challenging minigolf game boasts well over 100 different holes as well as tools to create and share your own.

There aren't many games that can count pirate ships, Mayan ruins, and the streets of London among their gameplay environments. Nor are there many games that, for just $9.99, afford you access to creation and sharing options comparable to those in the likes of Little Big Planet and ModNation Racers. Planet Minigolf from developer Zen Studios not only plays an enjoyable game of minigolf on the majority of its 144 included holes, but also gives you the tools to create your own holes and courses, and makes it easy to share them with other players. As is often the case on real minigolf courses, there's plenty of potential for frustration as your ball flies out of bounds or you're confronted by a seemingly impassable obstacle, but whether you're playing solo or with friends, that frustration is easily outweighed by fun.

After deciding which of the five customizable characters you want to play as, the first thing you need to do in Planet Minigolf is settle on a control method. There are three to choose from, and although aiming your shots is always handled using the D pad, each has pros and cons when it comes to striking the ball. The appropriately named easy method lets you determine the strength of your shot simply by holding down the X button for differing lengths of time. It's foolproof, which is why when you're using it, your leaderboard "style score" doesn't benefit from the same multiplier that the other techniques afford you. The three-click setting, which will no doubt be familiar to you if you've played other golf games, requires you to press the X button three times: once to start your swing, again to set the power of your shot, and then a third time as close to a marker as possible to determine accuracy. It's easy to judge your power using this system, but it's difficult where accuracy is concerned, and because you don't strike the ball immediately after the first click, timing your shots to avoid moving obstacles is much more difficult. The final option is direct control, which is easily the best of the three once you get comfortable with it. After lining up your shot, you just pull back the left stick to determine strength and then push it forward to strike the ball. You can mess up on the accuracy if you inadvertently move the stick left or right during your shot, but this system is very forgiving.

With your controls figured out you can head to one of Planet Minigolf's four destinations, which are all available from the outset. Buccaneer's Hideout is a pirate-themed beach locale in Australia; Soho holes are played on and above the streets of London; Polar Station's ice-covered courses are adjacent to a crashed UFO in Greenland; and the Ancient Valley in Mexico is home to putting challenges played around Mayan ruins. These varied locations are all nicely detailed, and their differences aren't purely aesthetic. Different hazards and obstacles wait for you in each country, and while there are obviously comparisons to be made between the beach's crabs and the jungle's spiders or London's Millennium Wheel and the pirate ship's steering wheel, for example, there's no danger of the hole and course designs ever feeling repetitive, because even similar obstacles are used in quite different ways.

Each of the four minigolf locations boasts four nine-hole courses, which in order of difficulty are labeled as warm-up, pro, extreme, and wacky. Warm-up courses are the only ones available to you the first time you play, but every time you win a tournament against AI players you unlock the next course in line. You don't watch the AI players taking their shots, which is a good thing the majority of the time, but it's unfortunate when you're curious how one of them was able to finish a hole in two shots that just took you 12. Not that figuring out what to do is a problem on most of the holes; the challenge comes from actually doing it. There are exceptions to that rule: the holes that appear to defy both logic and the mostly believable physics that Planet Minigolf employs. But they can all be beaten, and if for some reason you get completely stuck on a hole, you can always check out other players' replays or play against them online to see how they tackle it.

Planet Minigolf's online options (local multiplayer is also available) are on a par with those in many full-priced retail games. You can upload replays to YouTube; play ranked or unranked matches with singles, doubles, or team scoring; and--most impressive of all--quickly jump into games on player-created courses, regardless of whether or not you've downloaded them previously. Finding the most popular and highest-rated player-created holes and courses is also very easy using different filters, though there's no good system in place for finding your own holes after uploading them--which you need to do before you can add them to custom courses. Before you're permitted to upload a hole that you've created, you need to play it yourself and successfully complete it in 15 shots or less, so while there are plenty of custom holes that seem designed by sadistic individuals, you're never going to be confronted by one that's impossible.

Creating your own holes and courses is surprisingly easy, and you can reasonably expect to be play-testing your holes within five or 10 minutes of commencing work on them. You start out by choosing one of the four locales and one of the three areas therein, and then you just select pieces from the easy-to-navigate menus and put them together however you see fit. There's a grid that you have to adhere to, and the budget that determines how many items you can use on a single hole is a little restrictive, but it's certainly possible to make holes every bit as good as those included with the game. There are loads of differently shaped fairway pieces to work with, and once those are in position, you can fine-tune your creations with the addition of both static and animated obstacles (including some clever and not-so-clever set pieces), dynamic objects that are light enough to get moved around when your ball hits them, and power-ups. You also need to settle on positions for both the tee and the pin before you can test or upload your creation, of course.

Power-ups, which could so easily detract from a game of this sort, are implemented well in Planet Minigolf. There are eight to choose from, and when they're carefully positioned in courses that are designed to take advantage of them, they make for some interesting challenges. For example, a pin that's positioned far from the tee with no obvious path between the two might be reached using a feather that makes your ball fly for a time. And a pin that's difficult to get to because it's situated atop a large ramp is a far less daunting prospect when you've got a magnet that you can trigger to suck your ball in once it's within range. Other power-ups include a pump that makes your ball bigger, glue that makes your ball stop much more quickly, and a PlayStation 3 controller that lets you steer your ball left and right by tilting your controller. You can hold only one power-up at a time, but because you can pick up one while using another, some of the best and most challenging hole designs still require you to use two or three power-ups in the same shot. Some of the later holes can be very frustrating, especially if you fail them and add 15 shots to your score at the end of a round that was otherwise below par, but you rarely feel cheated, because--infrequent anomalies notwithstanding--the rules and physics are always consistent.

Planet Minigolf is a good, well-presented package that has the potential to keep you playing for weeks and months as more player-created and downloadable content is added. It's inevitable that you'll get frustrated from time to time, but at least you don't have to worry about lost balls, slow players in front of you, or holes in varying states of disrepair like you would in real life. There's plenty of fun to be had here, and the price of admission is reasonable even if you bring the whole family. 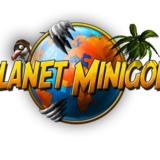 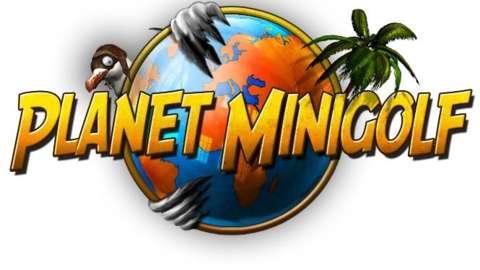 You will now be able to embrace a brand-new standard in realistic ball physics with the best all-around miniature golf experience for both casual gamers and sports fans alike.