The graphics, sound, control, and all around excitement add up to make Pilotwings 64 one hell of a great ride.

Developed in conjunction with Paradigm Simulations (makers of military flight combat simulators), Pilotwings 64 comes close to being the most realistic experience ever offered on a home video gaming system.

The game is set against the backdrop of a flight school, where players learn various aerial techniques - parachuting, hang gliding, using a jet pack, and the like. Even events like the "human cannonball" are thrown in. Each scenario starts off gently to let players get comfortable with the controls. And, as expected, the difficulty level quickly increases. The graphics play a large part in making this game so realistic - Pilotwings 64's medium-sized worlds all look stunning. But beyond the exciting gameplay, what cements this game's top review rating is the smooth and precise control provided by Nintendo's analog joystick.

Each "lesson" takes players through various challenges over a variety of terrains (inspired by real geographical areas found in the United States), regardless of what mode of transportation a player has chosen. This is purely cosmetic, but buzzing Mount Rushmore (complete with Mario's face), or barnstorming the cornfields of Iowa adds a dash of excitement to the game. Even after completing the game, it's exhilarating to go back and perform high-risk aerial maneuvers, such as flying under bridges or between buildings, and it's equally amazing to fly up as high as possible, then dive straight down into terminal velocity. Executed in a true 3-D environment, complete with texture-mapped polygons, players will sometimes have to remind they're playing a video game.

Along with Mario 64, this title serves as Nintendo's one-two punch, and makes the Nintendo 64 an incredibly attractive system. The thrill factor for gaming has been upped with this title; in terms of immersive gameplay, this game is on par with what's currently available in most high-end virtual reality centers. The graphics, sound, control, and all around excitement add up to make Pilotwings 64 one hell of a great ride. 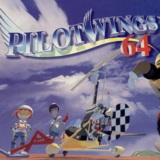 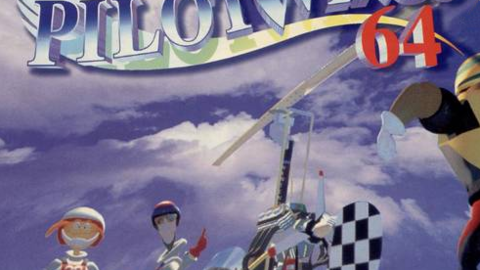 The graphics, sound, control, and all around excitement add up to make Pilotwings 64 one hell of a great ride.