A light but delicious snack.

With its simple character designs and a game world that often looks like a young kid designed it by cutting up and sticking together different bits of colored paper, Pikuniku sometimes feels like a video game adaption of a children's book. It tells a simple story that doesn't always quite make sense, it's pointedly very silly, and there are scenes within it that seem to be based on how a child understands the world. A giant company pays a town by making money rain from the sky; a trendy nightclub will only let you in if you dress "cool" by wearing sunglasses; you play a game someone "invented," but which is, essentially, just basketball mixed with soccer.

But Pikuniku (Japanese for "picnic") never feels like it was designed specifically for children. It's a game about battling a corporate takeover, and the writing has the playful, sarcastically irreverent tone you're more likely to see from someone in their 20s or 30s. But the childish veneer is charming, and while Pikuniku isn't the deepest game around, it's lovely, funny, and engrossing in its own weird way.

At the game's opening, your character--Piku, an entity made up of an oblong red body with dots for eyes and two long spindly legs coming out of it--awakens in a cave, prompted by a ghost to go outside. The opening tutorial doesn't take long, because the controls are simple: You can jump, causing Piku to spin haphazardly as he moves through the air, you can kick in any direction, and you can curl your legs into yourself and roll around in ball form. You spend the rest of the game wandering through the small game world, encountering characters and helping solve their problems until, eventually, you find yourself fighting against Sunshine Inc, a giant corporation that is sending robots all over the land to harvest natural resources from the game's three regions.

Progression rarely requires much thoughtful effort. You explore the world on a 2D plane, talking to as many people as you can, kicking at everything, and solving objectives as they're handed to you. There are platforming elements that require some finesse, especially when you explore some of the slightly more challenging optional side quests that pop up throughout the game. Pikuniku is entertaining rather than challenging, though, and even the hardest areas you'll find are unlikely to trip you up for longer than a few minutes. But this is to the game’s advantage--it’s accessible to inexperienced and young players, and I never felt like the game would have been more enjoyable if it pushed me harder. Piku’s weird, wobbly walk, his awkward jump, and the force of his kicks mean that just moving through the game world is inherently entertaining.

Your ability to kick everything and everyone is crucial, and much of the puzzle solving in the game comes down to kicking an object from one place to another. The kick mechanic is great fun, with objects reacting differently depending on the angle and distance you hit them from, although there are occasional moments of frustration when, for instance, a box gets wedged into a corner and is tricky to get out. Getting stuck for a moment kicking something out of a corner, or dealing with an object that isn’t behaving how you’d like, can interrupt the flow of gameplay.

You can kick every character you meet in the game with no real punishment, which rarely stops being funny. In a few other instances Piku needs to don different hats or use items he has collected to push forward. Again, the mechanics around this are quite simple--if you see a blooming flower, for instance, you know that you need to use the watering can hat on it because a silhouette of that hat will appear above it. This makes it easy to keep track of what you might now be able to do or unlock when you find a new item. It’s not the deepest mechanic, but it means that finding a hat or item can spark immediate excitement when you already know what it’ll do.

Pikuniku throws little minigames and oddities at you among all the platforming to mix things up. At one point early on, you're asked to draw a new face for a scarecrow using the analog stick; later, you need to win a button-matching dance-off against a robot. There's even a Dig Dug parody, which amusingly devolves into a little joke about how some retro games don't age well. There are boss fights, too (there's no combat in the game otherwise), and while they're not super involved affairs they use the game's simple mechanics to good effect.

Pikuniku is a funny game on numerous levels--the script often undercuts tension and plays with tropes in amusing ways, the goofy way you flip when you jump is a constant source of amusement, and the game will often throw you into strange situations without much explanation. Mess with a toaster in someone's house, for instance, and you'll be hurled into the "toast dimension," which is essentially a dungeon area that you can escape by completing the simple platforming challenge within. In another instance, you enter a pottery store that is clearly begging you to smash everything inside it--it's a clear Zelda homage, but the real delight is in the merchant's zen approach to your destruction. Pikuniku is playful and mischievous. Even the soundtrack is wonderfully kooky, and often faintly reminiscent of Koji Kondo's work with Nintendo.

However, Pikuniku doesn't last long. You can jump back in after the end credits, which roll within about three hours, and enjoy the aftermath of everything you achieved, but even mopping up the last few missions and trying to collect all the optional trophies scattered around the game world doesn't add much. The world you're exploring is compact, and it doesn't take long for you to feel like you've seen everything there is to see. Pikuniku is so charming, and so much fun, that I wanted more time with it (even though the ending is great and absolutely bonkers). The game wrapped up before I was ready to leave it behind, and more story content, or another village to explore, would have gone a long way.

Pikuniku also comes with nine two-player levels, as well as a multiplayer version of Baskick, the aforementioned basketball/soccer hybrid featured in the campaign. These levels are divided between co-op challenges where Piku and his identical friend Niku need to work together and competitive levels where you race one another. You can play with two detached Joy-Cons, and the game holds up well on the smaller screen if you're playing in portable mode. This is not a major component of the game, though, so don't expect a whole second campaign. You're unlikely to get more than an hour out of these levels, but its simplicity makes it ideal to play with a younger relative or someone with little gaming experience.

While Pikuniku is a light experience, it's got enough charm and verve to stick with you well beyond completion. From Piku's weird wobbly gait and looping jumps in the opening right through to the game's funny, bizarre ending, Pikuniku is more gripping than its simple aesthetic and playful tone would suggest. It'll make you feel like a kid again. 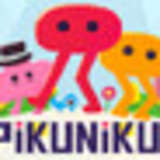 James O'Connor finished Pikuniku in under three hours but couldn't resist diving back in to keep exploring and wrapping up side content after it finished. If a Piku amiibo ever drops, he's buying it. Switch code was provided by the publisher. 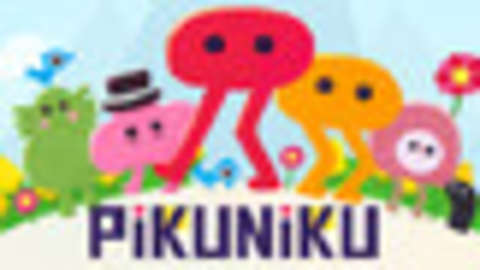