With Pikmin 2, Nintendo has addressed the bulk of the shortcomings of its predecessor by crafting a game that tops the original in nearly every way.

Pikmin 2 is the follow-up to 2001's Pikmin, Nintendo's unique, nature-based strategy game. The series casts you as Captain Olimar, a bulbous-nosed space traveler who is tiny in stature and big on bad luck. The first Pikmin put you in control of Olimar as he raced to reconstruct his spacecraft, the Dolphin, after crash-landing it on a mysterious planet. The day was saved when Olimar discovered sentient local flora--which he named pikmin--that ended up helping him to collect the pieces of his ship so that he could escape. The original game was, at times, cute and a little disturbing, but it had an undeniable charm despite its modest length. Much the same holds true for Pikmin 2, but this time out, Nintendo has addressed the bulk of the shortcomings of its predecessor by crafting a game that tops the original in nearly every way.

Pikmin 2's story continues Olimar's adventures as he returns to the planet of the pikmin to collect artifacts that he can exchange for pokos, the local currency back on his home planet. His current employer, Hocotate Freight, has found itself 10,000 pokos in debt, which results in Olimar's ship being repossessed. So it's up to you, as Olimar, to save the day before anything else disastrous happens to Hocotate. To help gather the funds as quickly as possible, Olimar is joined by an "assistant" of questionable caliber, named Louie, and a chatty ship that's fixated on material goods.

Upon arriving on the planet, the good captain goes about reconnecting with his multicolored, faithful minions, who've added a couple of hues to their total number, namely in the form of white and purple pikmin. As before, each color group of pikmin will have three stages of development--leaf, bud, and flower--that will affect its speed. Furthermore, each color group will have its own unique abilities. Blue pikmin can move freely in water, red pikmin are fire resistant and make for excellent attackers, and yellow pikmin are electrically charged and can handle high voltage with ease. The white newcomers are resistant to poison and can find hidden items that are invisible to the human eye. The little, pale fellows are also poisonous, causing deadly indigestion when gobbled by foes. Finally, the purple pikmin are the sumo wrestlers of the bunch, because they boast strength that's equal to 10 average pikmin. You'll achieve victory by carefully making use of your leafy compadres and their unique abilities.

While this may sound like a redux version of the original game's premise at first blush, it's not, really. Pikmin 2 features a significantly longer single-player experience. At the same time, you'll notice several new gameplay elements as well as some significant tweaks to its original mechanics that end up delivering a better overall gameplay experience. The basic core mechanic involves simply exploring your environment, with pikmin in tow. Luckily, you can use pikmin to take out enemies, as well as to collect the goods you need. Your time will be broken up into daily increments that are spent on the planet's surface during its daylight hours, which are tracked via an onscreen meter.

The addition of Louie to the game's cast segues nicely into the revamped gameplay in Pikmin 2, which can be summed up in one word: multitasking. Despite the fact that the 30-day limit has been removed, there's still a sense of urgency to the game, because making your way through the environments can eat up your day. Your treks through the planet's areas will yield all manner of bric-a-brac that your ship computer will absorb and convert to pokos that go toward erasing your debt.

A new addition to your hunt will be underground caves that are similar to the dungeons in an RPG. When you find an entrance, you'll be able to enter it with your pikmin. The catch is that you're basically limited to the pikmin types that you take in with you, so you'll have to be strategic about who comes along on the journey. You will get a bit of a warning as to what types of hazards await you, which allows you to select the appropriately immune strain of pikmin, but you'll still have to be careful. You'll face a daunting menagerie of creatures in the underground caves, which feature randomly generated layouts and end in some challenging bosses. While you really won't face anything that's insurmountable, you won't get very far if you're sloppy. Any miscalculation on your part, especially during a boss fight, and you can plan on losing pikmin in droves. You will be able to take your time as you explore the caves, though, because time above ground essentially freezes when you're down there. Not only does this let you be as methodical as you'd like, but also it extends what you can get done in a day if you organize your goals efficiently.

You'll have more than just your own brain to rely on when aiming to accomplish your tasks each day. Olimar and Louie will be able to use potions made from berries you find in the game. The spicy potion boosts your pikmins' speed and attack powers, while the bitter one converts nearby enemies to stone for a brief time. The duo's suits and ship can also be upgraded, as the items you find inspire your ship's computer to create enhancements that come in handy. You'll also find several types of flowers in the game. Some of the flora will yield the purple and white pikmin when fed any of the other colored pikmin, while others will spew out extra pikmin when fed a like color. Your pikmin have also been tweaked some with improved artificial intelligence, which works pretty well most of the time by motivating your minions to help each other out as the situation arises. Finally, you'll be able to split Olimar and Louie up when playing to form two separate groups of pikmin that can double-team some of the challenges you'll encounter.

Besides the gameplay tweaks, you'll find a few extra modes that will help lengthen your playtime with the game. In addition to the aforementioned single-player game, you'll find a two-player battle mode that will pit you against a friend. The split-screen mode will require you to collect four yellow marbles on a map. However, you can steal your opponents own like-colored marbles before time runs out. The different themed maps will come populated with enemies and other hazards that you'll have to surmount to meet your goal. You'll also have to deal with brawls with your opponent, which consist of hilarious battles between your respective groups of pikmin. Finally, you'll be able to unlock a challenge mode for one or two players that will task you with clearing 30 maps. You'll be rewarded with a leaf icon if you clear a map normally, but you'll get an extra bit of prestige--in the form of a pink flower--if you make it through a map without losing one of your pikmin.

Control in the game is solid and responsive--once you spend a little time familiarizing yourself with it. Olimar and Louie handle well together or separately. The reticle you'll use to direct your minions works well, although you'll find that gauging some throws can be a little tricky at times, especially against airborne foes. However, it's still fine. A nice tweak to the system is the ability to cycle through your colors of pikmin before throwing one by pressing left or right on the GameCube's directional pad when you're holding onto a pikmin.

Pikmin 2's solid gameplay mechanics are complemented by polished visuals that are both technically and artistically impressive. The game's subtle charm is anchored by near photorealistic environments that create richly detailed, themed environments out of seemingly simple outdoor locales. The graphics have been improved over the original game and allow for a higher level of detail in the areas you'll explore. You'll notice a greater degree of motion around you as animals and insects go about their daily business and as the wind blows flower petals around. As for the critters who will populate these rich areas, you'll see a mix of old and new faces on hand, with many creatures from the original game returning. Olimar, Louie, and the pikmin are all looking good, albeit tiny, in comparison to the environments, and they all animate smoothly. The level and creature designs stay true to the same whimsical and somewhat dark style achieved in the first game. Furthermore, they offer some disturbing new additions to the game's canon, like the giant machine gun-wielding crawler. From a performance viewpoint, Pikmin 2 stands as an impressive achievement on the GameCube, especially since the improved visuals still move at a solid frame rate despite the increased detail. The only slight hitches are the occasionally odd camera angles, although they can be compensated for by manually adjusting your view. Outside of gameplay, Pikmin 2 also contains some computer-generated movies that help tell its story, which marks a first for a pikmin game.

The audio in the game is a fine, albeit understated, accompaniment to the onscreen action. The soundtrack moves between full-blown themes and more-subtle, ambient tracks that suit the action perfectly. Voice in the game has been beefed up by the inclusion of the CG movies we mentioned. You'll hear the Hocotate president speaking in Olimar's native tongue, and Olimar and Luie say their names as you switch between them. The biggest upgrade to the audio, however, involves the effects that are used for the pikmin. The little guys now sport a great deal more personality thanks to a wider variety of speech samples. Besides their standard high-pitched effects, pikmin now speak all manner of chatter as you go about your business. The downside to the added personality is that it makes the pikmin death cries all the more disturbing.

All told, Pikmin 2 is an excellent sequel that builds on its predecessor by introducing important additions that make the game even better than the original. The game's improved visuals and deeper playability smartly expand on the concepts introduced in the original. The implementation of the multiplayer modes is a welcome addition to the sequel, as is the lengthier single-player experience. If you're a fan of the original game, picking Pikmin 2 up should be a no-brainer. If you haven't tried the series yet, Pikmin 2 is a fantastic place to start.

View Comments (8)
Back To Top
9.2
Superb
About GameSpot Reviews 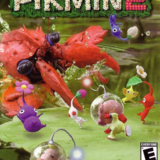