Pid presents a wonderland of sights and sounds to those patient enough to master its maddening difficulty.

The next time your grandfather tries to shame you with all that talk about how he once had to trudge through 10 miles of snow just to get home from school, you could try countering him with the tale of poor little Kurt from Pid. For Kurt, heading home entails abandoning the safety of Earth, taking a spaceship that trades off passengers as often as a city bus, and at last making his way across a troubled planet just to reach the next bus stop. If that weren't bad enough, he also has to navigate a series of platforming levels, complete with ghosts that might as well be refugees from Super Mario Bros. and enemies that can end his trek forever with a single hit. Kurt's moving and beautiful adventure warrants attention, but it's regrettable that its best parts lie buried under gameplay that punishes for the sake of punishment.

Much like its cousins Limbo and Braid, Pid clearly desires recognition as art. You hear this impulse in the eclectic rhythms that punctuate Kurt's travels through labyrinthine attics and opera houses, and you see it in the robotic non-player characters that look like close cousins of Pablo Picasso's nameless metallic sculpture in Chicago. The world itself, drenched in an inviting soft focus, occasionally erupts into explosions of unexpected variety, whether it's in the scattered signs that impart both creepy and humorous messages, or the visage of a gigantic red balloon boss decked out in a crook's mask that takes potshots at Kurt.

Not long into his journey, Kurt stumbles across the Beam, a gravity well that comes to define Pid as much as Tim's time-warping defined Braid. Kurt can toss out two beams at a time, and these fun little toys behave almost like the excursion tunnels in Portal, save for limits on both duration and range. In the first few creative puzzles, the Beam hints at the possibility of future goodies to come. Tossing them on both horizontal and vertical surfaces, Kurt can use them to impale robots guards on the spikes that line the walls, floors, and ceilings he encounters; and he can use the beams to shift security cameras and transport himself over otherwise impassable gaps. In Pid's best moments, the concept achieves something like wonder, as when our boy hero has to use the beam to transport objects through a deadly maze.

Unfortunately, the novelty eventually wears off. By the end of Pid's third hour, you've experienced the basic forms of every beam puzzle you need to navigate over the coming 10 hours, and the following levels merely present extreme versions of past obstacles. This is when the frustrations begin, especially in light of Kurt's fragile health, although generous checkpoints soften the shock of failure. In time, the difficulty spikes to crescendos that recall the difficulty of Super Meat Boy (down to a tally of your total deaths during the credits), but the repetition of missile and laser obstacles and the tragic abundance of imprecise jumps and poorly placed platforms rob Pid of the same sense of achievement. The good news is that powerful hidden secondary items such as bombs and slingshots stave off the tedium, as do the constellations scattered throughout each level that act as currency for extra ammunition and a life vest that allows Kurt to take a few more hits.

Still, it doesn't help that Kurt's movements have a mildly ethereal, floaty quality that likely springs from Pid's interplanetary setting. Kurt's lazy hops may complement the dreamy mood and the precision required by some of the puzzles in the normal levels, but they interfere with the acrobatics demanded by the six lengthy boss fights and their overreliance on the beam mechanic. One battle demands that Kurt land on a tiny spot unless he wants to suffer the ordeal of enduring a barrage of deadly projectiles; another bids him to climb the shoulders of a boss while avoiding the missiles flying about.

Amid such chaos, even spending stars on a life vest seems foolhardy since Kurt may already have lost it by the time he starts to whittle down the bosses' excessively large health pools. Pid's local cooperative mode tempers these concerns to some degree, but it presents its own challenges by limiting each of the two onscreen Kurts to a single beam and forbidding players from dropping in or out.

Other minor issues mar the otherwise enjoyable experience, such as Pid's annoying tendency to start you at a faraway checkpoint after a reboot, which can discourage continued play if this issue pops up before one of the harder puzzles. The PC version in particular suffers from an awkward default control scheme that binds Kurt's movements to the directional keys, although a welcome option to change the keybinds allows for more intuitive setups. And perhaps worst of all, it's possible to forget that there's a charming story going on beyond the frustrations arising from Kurt's hundreds of deaths.

Kurt's trials partly arise from the traditional platforming challenge, of course, but trimming the more repetitive sequences and draining the bosses' health would have edged this effort toward the greatness enjoyed by some of its contemporary cousins. Even so, there are some rewarding levels in store for those with the patience to master Pid's quirks, and it's worth checking out for its art style alone. And with eight to 15 hours of gameplay followed by an even harder mode unlocked at the end, Pid justifies its price of admission. 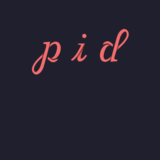 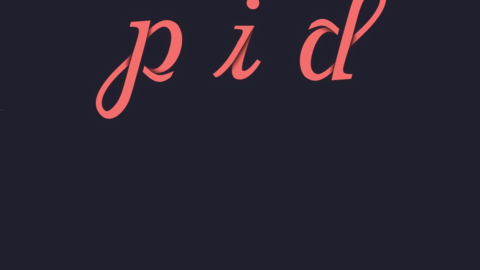 Pid is a unique platforming adventure game from Might and Delight.