It's 1983. The Cold War is underway and there's a global conspiracy being perpetrated by a mysterious organization called Beholder. Fighting against Beholder are you and your rival organization, The Cabal. In Phantom Doctrine, you have the choice of playing as either an American CIA or a Russian KGB agent in charge of their own group of spies, but regardless of your alliance, every move you make needs to be carefully considered or there will be world-ending consequences. This feeling of high stakes strategic decision-making and a constant sense of urgency will become second nature as you progress through this engrossing campaign.

Tension and suspicion are ingrained throughout Phantom Doctrine to great effect. Its isometric turn-based combat system is rewardingly complex, steeped with the feeling of paranoia, where every variable decision and tactic needs to be carefully considered--even before a mission begins. The sprawling narrative is full of intriguing characters and plot twists befitting of a spy epic, with a distinct sense of distrust in voice performances (both Russian and English), and a noir soundtrack to perpetuate the overall atmosphere.

The isometric turn-based tactical combat system may look outwardly similar to other games in the same genre--action points, cover, and overwatch will be familiar concepts--but there are also many unique intricacies to internalize, and it will take some time to learn due to a large number of options available when it comes to completing objectives. Going in loud and hard is a viable option, and Phantom Doctrine even features an exciting room-breaching mechanic. But it is far more rewarding to use stealth tactics due to the wealth of strategies available. You can send in a couple of disguised spies and do everything underneath the enemy's nose; you can use your supports to help scout out an optimal path, snipe troublesome minions, or send in a smoke grenade as a distraction; you can silently eliminate everyone and hide the bodies before anyone notices; you can even send in sleeper agents to do your dirty work for you.

You can also choose to sacrifice some of your mission time to conduct a reconnaissance run, which will place you in a much better position during the subsequent mission since it opens up the options of strategically placed support agents and disguises. But if you find yourself in a time-sensitive position, then no support options will be available and the margins of error are much narrower. While you can still complete missions in whatever manner you see fit, a single false move can carry greater consequences to your campaign, compared to the relatively leniency that proper preparation and contingencies can give you. Should a mission go sideways, hard decisions must be made, such as whether to leave an agent behind and risk them getting captured, or trying to evacuate everyone at the risk of no one surviving. These field missions are exciting because Phantom Doctrine manages to balance many complex, variable mechanics with a welcome flexibility in tactical decision-making, making it satisfying to play, characteristically distinct, and thematically appropriate.

The base- and character-building elements of Phantom Doctrine are just as well realized as the combat systems. These utilize a familiar ant farm-style perspective that splits your base into distinct areas, such as a workshop and analytics department and interrogation rooms, all of which are available to upgrade through the course of the campaign. The most noteworthy room, however, is the intelligence boardroom. Here, Phantom Doctrine takes the well-known investigative trope of "corkboard covered with photos and strings” and turns it into an enjoyable minigame.

As your agents uncover intelligence and find secret files from missions and informants, everything will be collected and pinned to a corkboard, requiring you to decipher the procedurally-generated clues in order to unlock bonuses or progress the narrative. It's the perfect mechanical expression to amplify Phantom Doctrine's espionage themes, and figuring out how a collection of clues relate to one another by linking them all together with yarn is immensely satisfying.

However, don't think that your corkboards and HQ are entirely safe from harm. Enemy spies are constantly looking for you during more macro-oriented strategy sections, and if you send your spies to participate in more attention-grabbing activities, you risk your location being discovered. If found out, you'll be forced to relocate your entire base of operations and be set back in your campaign, or be hit with an ambush. It's a compelling consideration that keeps you cautious and thinking twice about every move you make.

As a senior agent, you're also in charge of hiring, training, and assigning jobs around the globe to your fellow spies. The character-leveling system is deep, and it requires careful strategic planning to build and grow a team of agents while making sure you have access to a wide range of skills and abilities that can be applied across various mission types. You will also occasionally need to make executive decisions that can affect a fellow agent's relationship with you, for better or worse. They may be caught in a tough situation abroad and you're given the choice to leave them, dedicate some resources to help them, or launch an all-out rescue. Depending on your choice, the agent may become more loyal to you, go AWOL, or even defect.

But the game will also sometimes throw unexpected events at you that occur beyond your control, such as a spy that you've employed for a majority of your campaign game revealing themselves to be a double agent the whole time. More shockingly, there's the potential to discover that one of your best spies is a brainwashed sleeper agent in the midst of battle, and have them turn against your team. Traitorous surprises can happen procedurally in addition to being part of the plot, and they brutally emphasize the Cold War paranoia that Phantom Doctrine conveys, creating genuinely upsetting, but incredibly effective, moments.

While all-encompassing paranoia is perfectly encapsulated in Phantom Doctrine's mechanics, writing, and voice acting, the visual presentation leaves much to be desired. Cutscenes are sparse, and still images are the primary narrative delivery device, but neither is particularly easy on the eyes. The cutscenes are drab, and while the still images fare a little better, most are unimaginative. The most egregiously noticeable elements are the character models, which all look unnatural and outdated, and the monotonous location design which makes most places look unremarkable and virtually identical.

In spite of the lackluster visuals, Phantom Doctrine succeeds in making an incredible impression with its intricate and engaging mechanics. There is a lot to admire, with a single-player campaign taking about 40 hours to complete, full of varied and interesting mainline missions and procedurally-generated side content. The ability to play as either a CIA, KGB, or Mossad agent (the latter unlocked after one complete playthrough) also offers the tantalizing prospect of different narrative perspectives. Phantom Doctrine takes the familiar framework of isometric turn-based strategy and confidently repurposes it into a unique and satisfying experience. It wholly embodies the paranoia and tension of the 1980's Cold War setting in every aspect of its numerous gameplay systems, and completely immerses you in that all-encompassing state of mind. 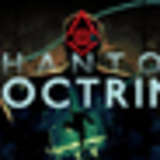 Alexander Pan spent over 40 hours spying, connecting photos on a corkboard using pieces of string, and flip-flopping between the CIA and KGB without being caught. The PC version of Phantom Doctrine was tested, using a code provided by the publisher.