A defining moment of Persona Q: Shadow of the Labyrinth comes at the end of the second dungeon. Throughout the five floors, in between random battles, dodging damage floors, evading high-level enemies, and drawing a detailed map of places you've been, you are asked to answer questions about what you want in an ideal partner. Lo and behold, right before the penultimate dungeon boss, I was plopped down into a flowery, fairytale-wedding wonderland with Marie, a mysterious, bitter girl with a secret penchant for writing terrible poetry. As we progressed towards the boss, I was given the option of making all manner of cheesy, romantic gestures towards her for the sole purpose of watching her get adorably flustered. After defeating the boss--a disturbing, four-armed caricature of a minister--I exited back to the hub, only to find another piece of poetry Marie had tried to hide about her would-be marriage to me. It was then and there, with that ridiculous bit of character interaction, that my love for Persona Q blossomed.

Persona Q is a mix of the Persona series’ character interaction and the careful first-person labyrinth exploration of Etrian Odyssey. It takes place between the events of Persona 3 and Persona 4, uniting the casts of the two games in a strange alternative dimension that resembles the Yasogami High School festival. Everything about this world is off: the otherworldly shelter known as the Velvet Room is in shambles; time stalls like one never-ending day; the festival attractions have morphed into elaborate labyrinths filled with enemy shadows; and the only people from the bizarro Yasogami who pay any attention to the squads are the enigmatic--and unsurprisingly amnesiac--Zen and Rei, two students unknown even to the P4 team. It’s up to this motley crew to challenge the dungeons and solve the mystery of the endless festival.

The first thing you notice about Persona Q is the visuals. While the interface and overall presentation are comfortably familiar to anyone who has spent time with Persona 3 or 4, the characters have been transformed into adorable caricatures. They might be more cartoony, but it doesn’t mean that they’ve lost their appeal. In many ways, these precocious polygon models are even more expressive than their pre-Persona Q counterparts. It’s tremendous fun to watch the chibi cast members emote their way through the game’s various scenarios, including some truly absurd situations (like the would-be wedding) that are bound to make you smile.

The visuals go hand-in-hand with the game’s overall tone. The mainline Persona games strike an interesting balance between the serious and the comedic, with humorous scenarios lightening the tension after dramatic encounters. In Persona Q, the emphasis is firmly focused on the “comedy” end of the scale. Character traits and quirks are played up heavily (sometimes to the point of minor annoyance--yes, Chie likes meat, we get it), and putting both casts together allows the scenario writers to create fun interactions that weren’t possible before: Teddie trying (and failing miserably) to hit on the stone-cold Mitsuru; Kanji developing an intense affection for adorable Persona-using doggie Koromaru; and everyone in the game mocking poor Theodore. That’s not to say that there aren’t serious moments in the game--there are some touching exchanges, like Yukari talking with Rise and Fuuka about her character flaws, and them giving her a dose of harsh truth in reply--but the seriousness is relatively rare. Typical story sequences, optional side quests, and bonus scenes tend to portray the characters as adorable little goofballs, more than anything else.

But once you step foot into the first labyrinth, the Persona elements take a seat behind the Etrian Odyssey influence. These multi-floor, grid-based mazes are presented in first-person format (much like the original Persona, actually), and you can map the dungeon and its various hazards on the bottom screen by drawing and making notes with the stylus. The mapping element adds to the fun of exploration and the feeling of progress and completion. There’s even an onscreen indicator that tells you how much of the current floor you have yet to see, which intensifies that compulsive, completionist drive to find absolutely everything. The dungeons themselves are fun, too: a strange Alice-in-Wonderland labyrinth; a take on the ill-fated Group Date Café from Persona 4; a spooky Japanese-horror-film school/hospital; and so on.

They’re no relaxing stroll, however. The maze halls are filled with mysteries, puzzles, traps, and hazards. Damage panels, collapsing floors, dead ends, hidden passages, treasure chests, and item collection spots are among the things you might encounter. Every so often, you run into character dialogue and story bits as well. While generally entertaining, these scenes are sometimes placed awkwardly, interrupting exploration just when you’re getting into a groove.

These precocious polygon models are even more expressive than their pre-Persona Q counterparts.

Of course, these wouldn’t be proper dungeons without enemy encounters. The combat interface here is pure Etrian Odyssey: you fight enemies from a first-person view, seeing your party members only during special attacks. You make menu-driven action choices for all of your characters in one go for each turn, watching the combat between you and your foes play out after you’ve entered in all your party’s commands. It’s markedly different from P3 and P4, where (depending on AI settings) each character’s turn allowed them to be controlled individually. Because of this shift, the weakness-exploiting system of P3 and P4, which granted characters extra actions, has been changed into a “boost” system: by scoring critical hits and exploiting enemy weaknesses, characters enter a “boost” state that reduces skill costs to zero and allows them to act first on the next turn.

At first, combat seems a bit overwhelming--enemies hit hard, and your characters start out with very few usable skills. Soon after launching your dungeon-crawling escapades, you gain access to more Personas to utilize. Unlike P3 and P4, where only the lead character can change Personas, every character can equip a sub-Persona that grants them additional skills and status boosts--with the caveat that these Personas cannot be changed mid-fight. This can help characters cover weaknesses and augment their combat capabilities, but the inability to switch mid-fight means that you can sometimes find yourself in a battle with few, if any, effective skills on hand. In a pinch, you can also use extremely helpful navigator skills from Rise and Fuuka, depending on what Personas they have assigned, and provided you have enough energy in your gauge to do so.

At first, combat is tough. If you’re unfortunate enough to run into some of the fiercer enemies that appear directly on the map--the dreaded FOEs--the first time you explore a floor, you’re bound to regret it very, very quickly. The ever-present threat of the FOEs quickly becomes the biggest source of tension in the game, as they can usually down you within a few turns if they catch you unprepared. Fortunately, they also follow specific behavior patterns, and learning to recognize these patterns allows you to avoid them... unless you screw up, of course. When you’re even mildly low on resources and eager to explore more, the question of “Do I go back? Or do I run around some more and risk getting cornered and wiped out by a potential FOE lurking in the next room?” is a real conundrum.

FOEs are extremely dangerous, but even the standard encounters are very rough if you don’t use the combat system to its fullest. A few floors in, when you’ve started to get the hang of fighting, the combat never quite reaches the challenge level of some of Etrian Odyssey’s most harrowing random encounters. Particularly open to abuse are dark and light instant death spells, as many enemies have a weakness to either one or the other. (Naoto, who can access both skills naturally, quickly becomes one of the game’s most powerful party members as a result.) Finding the most effective skills and fusing them onto as many Personae as possible significantly reduces the challenge, though the scarceness of cash (and the Etrian Odyssey sell-dropped-loot-for-cash-but-you-have-limited-inventory system) can make the expensive process of Persona fusion a bit of a grind. Combat is enjoyable enough, but it’s not as much fun as the character interactions or the dungeon exploration process.

Once you step foot into the first labyrinth, the Persona elements take a seat behind the Etrian Odyssey influence.

Persona Q doesn’t quite hit the peaks that Persona and Etrian Odyssey do on their own. It does, however, take some of the best elements of each game, blending them together into an immensely satisfying and lengthy RPG. Persona Q is proof that this series has the power to delight, surprise, and engage, no matter the form it takes. 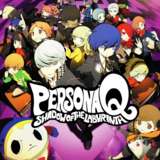 Heidi got Marie on her first run through the group date café, but she was actually trying for Mitsuru. She got Naoto the second time. Maybe they really weren’t destined to be. Heidi finished Persona Q in about 75 hours.