Persona 4 Arena is the latest fighter from developer Arc System Works and matches their high standard of quality while also being accessible for newcomers.

Fighting games generally center around two combatants squaring off one-on-one or in a tag-team format. Persona 4 Arena combines these styles, requiring you to control two fighters in harmony: your character and his or her persona, an imaginative creature that fights at your side. The mechanics are easy to grasp--while maintaining a level of complexity in keeping with Arc System Works' pedigree--and support a fully featured game with few setbacks.

As with any fighting game, the quality of the combat mechanics is paramount. The game's basics will be familiar to anyone acquainted with Arc System Works' previous fighters, such as the BlazBlue and Guilty Gear series. Each round, two characters duke it out on a 2D plane using a combination of physical attacks and the abilities of their persona.

One of the most interesting features in this game is the personas: the unique-looking warriors who fight alongside your avatar. At first glance, these secondary combatants may remind you of the "stands" from the 1998 fighter JoJo's Bizarre Adventure. While this is an apt comparison, there are some key differences.

In JoJo's, most stands were toggled on or off, while in Persona 4 Arena, the personas are always active and ready to assist. Generally, a persona's attacks are situational tools--such as an anti-air grapple or projectile. The avatars handle the general-purpose, quick-hitting combos and are complemented by their personas. A few characters, such as Yukiko and Elizabeth, rely more on their personas to do the heavy lifting. Finding a balance between physical- and persona-based attacks, and using both of your fighters in harmony, is an interesting puzzle that's constantly changing depending on whom you're fighting. Plus, the personas' creative designs and outrageous attacks add spectacle to the fight.

Similar to JoJo's stands, personas can be "broken" in combat if they take too many hits. The four cards below your health represent the persona's vitality. Each time a persona is attacked, you lose a card. Lose them all, and you must wait for a brief cooldown to expire before you can call your persona again.

Most cast members also have a unique fighting mechanic. For example, Labrys' massive axe increases in power as she fights, while Aigis has an ammo counter that depletes after certain attacks. Effectively managing these individual traits helps each fighter feel distinct from the rest.

The bulk of the remaining fighting mechanics are managed with a single energy meter. The most important one to master is One More Cancel, which lets you instantly reset your fighter's animation to extend combos or quickly block if you miss a big attack. This technique costs some meter, but its numerous applications add flexibility to the combat system with one simple execution.

For newcomers, Persona 4 Arena is very accessible, thanks in part to the auto-combo system. Similar to the boost combos in Capcom's Street Fighter X Tekken, auto-combos are a series of easily connecting hits that automatically cancel into a special move, and then into a super move (if you have the meter), simply by tapping one button. This combo is simple to execute, but is hardly the most damaging combo in any character's arsenal. More experienced fighters will find success using their own custom combos.

The plot of Persona 4 Arena is centered around a group of high school students. After seeing a strange late-night broadcast, they travel to a fantastical world hidden within a television set where they experience hallucinations and are tricked into fighting each other for the amusement of a cartoon bear wearing a cape. Think this sounds bizarre? You're not alone. Thankfully, for those unfamiliar with the preexisting Persona lore, this game's narrative modes takes great pains to bring you up to speed.

Each member of the 13-character roster has his or her own story to tell, and they have a lot to say. The overarching tale is the mystery of the P-1 Grand Prix: a fighting tournament taking place within the television world. For those who really want to sink their teeth into this, there are branching story paths within certain characters' storylines. These paths can offer additional insight or lead to some strange alternate endings--which adds some extra replayability. Sadly, the presentation of this mode is not as interesting. It's mostly two character portraits talking back and forth in 15- to 20-minute text-filled blocks--a static (if not efficient) form that will quickly bore all but the most enthusiastic.

If you're looking for a slimmer single-player experience, Persona 4 Arena's Arcade mode is for you. This mode condenses each character's storyline into a few brief snippets before and after each fight, as well as a short ending. Playing through it reveals a few of the story mode's key plot points, but you can finish it in under an hour.

If you find yourself stuck in a fight, you can turn to the game's educational modes. The first, Lesson mode, introduces the fundamentals. This series of trials covers everything from movement to move canceling--albeit in a very basic way. These single-completion lessons do not match the quality of education offered by Skullgirls and only scratch the surface of fighting game theory.

The game's Challenge mode is more helpful once you reach the intermediate stage. This mode introduces the basic moves for the entire cast, as well as a long list of simple, and advanced, combos. It does a good job of providing some shorter, practical combos up front that help you understand how a certain fighter should be played. Once you feel comfortable, there are plenty of more advanced combos to learn, including a special expert challenge at the end--such as "Inflict more than 9000 damage at once!"--for you to puzzle out.

Online, Persona 4 Arena offers all the amenities fighting fans have come to expect--and then some. The basics of player and ranked matches are in place, with all the standard ranking and filtering options. Player match options let you decide how players are rotated out (winner out, loser out) and how many matches a player can play in a row--that way one person can't dominate the entire session, if you so choose. Replay support is the only area that falls short; while present, the dedicated replay board is simply a giant list with limited filtering options. This makes finding specific, or even quality, matches a chore.

Online performance ran smoothly. Matches against opponents within the same region ran without serious delay, and even those overseas stuttered at first but gradually smoothed out as the fight progressed.

Persona 4 Arena is a fast-paced fighter that can be easily enjoyed even if you're not a Persona fan. With the auto-combo system, combat is initially accessible, but it quickly reveals its complexity as you explore the intricacies of each character's persona and individual traits. For those who are Persona fans first, and fighters second, the game's lengthy story mode will keep you intrigued, so long as you don't mind its dry presentation. It's an elegant game and a great entry point into the catalog of Arc System Works' fighters.

View Comments (46)
Back To Top
8
Great
About GameSpot Reviews 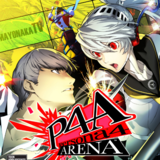 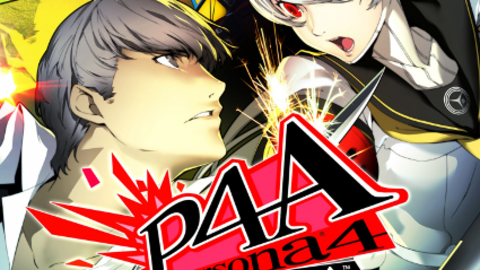