The Penumbra series comes to a close with more creeps and physics-based puzzles.

When last we left Philip, the protagonist of last year's first-person horror adventure Penumbra: Overture, he had just been knocked out cold in a dank underground lair. This sudden cliffhanger was just about the only truly annoying moment in Frictional Games' freshman effort, though, because the Swedish developer did yeoman work setting up both a macabre mood and puzzles rooted in the real world. Now, the series comes to a close with Penumbra: Black Plague, a superb sequel that continues with the creeps and common-sense conundrums.

As with Overture, the biggest selling point in Black Plague is the physics-dependent design. The Lovecraft-influenced story about a young man investigating an underground base in Greenland--apparently contaminated with some sort of infection--is decidedly weird, but not nearly as original as the puzzle design. Everything in the game is based on real-world logic, but not the Bizarro World nonsense that dominates traditional adventure games. All of the problems here are tied to accurate physics and environments that are packed with objects that can be directly manipulated. There are no pixel hunts, no running around to pull a dizzying succession of levers, no directing laser beams at mirrors, and no slapping tape on a cat to make a moustache. Here you simply explore spooky underground settings to try to escape by picking up and sliding around boxes, rocks, chairs, crates, flares, or other sorts of detritus.

Every action you take is modeled on real-life movements. To open a drawer, you've got to use the mouse to click on the handle and then pull the mouse back to mimic sliding it open. Doors are opened the same way, with a click and a pull. Throwing a switch is accomplished by grabbing it with the cursor and then sliding the mouse downward. Wheels are turned by rotating the mouse. These sorts of motions can be a touch finicky at times, especially when hauling around long objects, such as planks or shelves, that get too easily snagged on doorways and walls, but they do a fantastic job of underlining the reality of your situation. Philip's body is even a part of the simulation because you have to be careful not to step on objects that you're trying to drag. Unlike so many other first-person games where you're basically just a formless mass behind a camera, here your character has real presence.

Puzzles are similarly realistic. Rather than collecting bits of random junk as in a typical adventure, you deal with situations as they come, utilizing only objects at hand to solve problems. This switch can actually be awful tricky to deal with if you're an adventure-game veteran. It's hard to believe that all of the tools needed to get past a barrier like a locked door are laid out in front of you so clearly. So you can spend many minutes crawling around looking for the trick or gimmick that bars your way in traditional adventure games, never realizing that the first step to a solution here is often as simple as picking up a rock to smash open a door, throwing a plank over an abyss, or ripping a wire out of a circuit box to kill the power that is keeping a door locked. You still need to take a good look at your surroundings for hints and MacGyver your way through a lot of locked doors, but there are no ridiculous leaps of logic. Anyone with a dash of patience and a pinch of common sense should be able to finish the game without recourse to a walkthrough.

This true-to-life design also makes Black Plague damn scary. With everything so rooted in reality, it's easy to lose your sense of place and feel like you're really stuck deep underground. The visuals are a few years behind the times, although in some ways, this actually enhances the grimy look of your subterranean prison. Also, most of the textures are reasonable, given that they're not pushed to depict anything more sophisticated than rusty walls and bloodstained floors. Because you spend all of your time fumbling around in the dark, anyhow, audio is more important than the visuals. Black Plague delivers here, with sparse sounds like distant whispers and rattling that could either be right beside you or far off in the distance. Atmospheric effects and music are just disorienting enough to keep you on edge at all times.

All of the irritating cheese from Overture has been stripped away too. Both combat and stealth mechanics have been pretty much entirely eliminated from the game. You can still fight when necessary and duck into the shadows to dodge enemies. But there are no more frustrating dealings with patrolling dogs and no need to try to swing a pickaxe into a skull. The latter is most welcome because the decidedly unfriendly battle interface from the first game made the occasional scrap with those demon dogs a real pain. You do run into hostile creatures every so often, although these occasions are few and far between. Gruesome sentries show up just often enough to maintain tension. Hiding out for a few moments is generally all that's required to ditch baddies, which leaves you alone to deal with puzzles for the most part.

The one big drawback with Black Plague is that it ends rather abruptly. Any experienced adventure gamer can wrap the game up in four or five hours, which makes it a little too brief even for its bargain-bin price tag. Such brevity and a dissatisfying conclusion might be more forgivable if a third Penumbra was on the way, but this sudden finale is a bit annoying given that this is the end of the line for the series. Nevertheless, Black Plague is fun while it lasts and definitely recommended for anyone who enjoyed the first game. 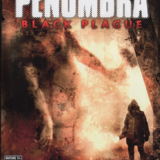