Hot on the heels of a million other racing games comes Peak Performance from Atlus. This is an uninspired offering, and perhaps will serve as motivation for someone to pay Cracker to change the lyrics of their song “Teen Angst” to “what the world needs now is another racing game like I need a hole in my head.”

Peak Performance suffers from some of the same flaws as the original Need for Speed. And the main problem with Peak Performance is that the cars can't go off-road. Instead, they careen down the road, bumping off guardrails without a care in the world. It's a lot like bowling with those silly inflatable bumpers that fill up the gutters. Sure you're bowling, but only sort of. To be fair, the game does boast some really interesting features, such as being able to see the driver actually driving and shifting gears and the ability to turn your headlights on and off (which is a long-overdue feature for driving games). These aspects notwithstanding, Peak Performance is Wonderbread bland. While the tracks are fairly cool, there simply aren't enough of them (it's worth nothing that the game features more weather settings than tracks). There is, however, a lot of each track – which isn't necessarily a good thing. The insanely long tracks leave you wishing that the finish line would just appear.

Like everything else about Peak Performance, the graphics and sound are merely adequate. Nothing about them pops out and yells, “Hey, look at me! I'm worth writing about!” The gameplay, however, does stand out a little more than the rest of the game. The two-player mode, which allows for both vertical and horizontal splits, is a nice touch. Unfortunately, the vertical mode splits and unsplits depending on the cars' relative positions. This leads to tons of confusion. On the upside, each of the game's 25 cars has its own feel, giving the game a decent amount of depth. What's more, each car can be colored, named, and completely customized, right down to the wheels.

If you're an absolute driving game fiend – and the sales figures show that most gamers are – then Peak Performance is worth a look. However, if you're looking for a real driving game, Need for Speed II and Rage Racer are much better choices. 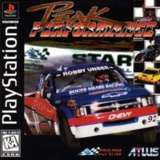 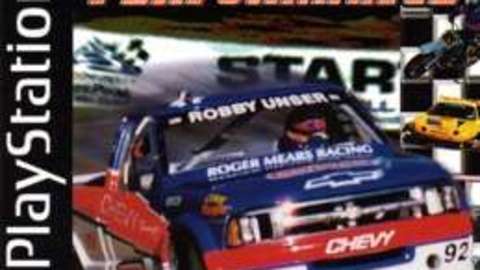