The first PDC Darts hit the PC and PlayStation 2 in late 2006, and although it had a budget look and feel, it wasn't a terrible game by any means. With the Wii and its motion-sensitive controller arriving not long after, it was clear that there was potential for the game to make the jump to Nintendo's console, and now it has. The result is PDC World Championship Darts 2008, in which you use the Wii Remote to throw darts with some of the world's best players. While that alone may prove to be a draw for fans of the sport, the control scheme has been poorly implemented and feels particularly imprecise when you use it as suggested. Considering also the dreadful overall presentation, poor graphics, and uninspired multiplayer, this game is a definite missed opportunity.

Thanks to an official endorsement from the Professional Darts Corporation, one of the sport's two main international federations, the game boasts a roster of some of the most well-known darts players in the world, including Phil "The Power" Taylor, Raymond "The Man" van Barneveld, and Colin "Jaws" Lloyd. A total of 16 PDC players are in the game, and you also have the option to create your own custom players from scratch.

Modes on offer include single exhibition matches, tournaments, career, and multiplayer party games. In career mode, you travel the world to compete in seven tournaments: World Championship, UK Open, US Open, German Darts Championship, World Grand Prix, World Matchplay, and Las Vegas Classic. One to four players can participate in 14 different party games; in addition to the usual game of darts, you can choose to play special games, such as around-the-clock, 21, and cricket.

The Wii Remote should have been an excellent controller for a darts game, but PDC completely fails to realize this potential. When using the remote, you take a shot by pointing at the screen, locking on to the target area of the board by pressing the A button, and then making a dart-throwing motion by thrusting your hand forward, releasing the button as the power gauge passes into the optimum zone.

It's almost impossible to make accurate throws on a regular basis because the controls aren't responsive, so your success will depend far more on luck than skill. It's difficult enough to feel comfortable with the mechanics on amateur settings, but when you advance to professional and master difficulties, the power gauge is removed entirely, forcing you to rely solely on intuition and feel.

The only alternative is to play with the Nunchuk's analog stick, which is much the same as the standard controls in the PS2 version. In this method you aim with the remote and use the stick to control the power of your throws. While it's not an experience unique to the Wii, the analog stick is more accurate and responsive than the Wii Remote alone and offers a greater degree of control. It's still a bit awkward at times, but it's certainly the easier option.

The graphics in PDC 2008 are nothing short of dreadful, with little improvement over what we saw in the PlayStation 2 version two years ago. Textures and menu pictures are highly compressed, player models look plastic and expressionless (and remain perfectly motionless up to the moment they throw a dart), and some of the hair is positively laughable. Taylor seems to have a butchered Lego haircut, whereas Lloyd's famous spiked hairdo has been turned into a row of razor-sharp hedges. There aren't even any alternative clothing options, so if you choose an exhibition match using two of the same player (Taylor vs. Taylor for example), it can be confusing.

In terms of audio, the menu screens are accompanied by generic rock music, but during gameplay, the only noises comes from the thwack of the darts as they hit the board and crowd noises in some modes. It's strange that the pub environments have no ambient detail. There are no casual spectators or even any staff walking around, and the player animations are exactly the same whether they're playing in a major tournament or in the aforementioned empty pub. Thankfully, the commentary from Sid Waddell offers some comedy value, though it does quickly become repetitive and many of his colloquialisms will undoubtedly be lost on international players or those unfamiliar with the sport.

The game has a few things going for it, such as the various multiplayer games, which make for a nice break from traditional matches and add to the limited replay value. While the game does at least calculate the scores, it certainly doesn't help you understand the rules of the more complex modes. Multiplayer games such as cricket are explained in massive blocks of text hidden in the menu system, but you won't get any hints about possible or recommended checkout shots in standard games, let alone what you should be aiming for next in the party games. If you're into the sorts of darts games featured, then the lack of hints might not be too much of a problem, but omissions such as this combined with the atrocious presentation do nothing to appeal to new players.

With shoddy controls, poor presentation, and an unfinished feel, PDC World Championship Darts 2008 is a poor sequel and a definite downturn for the series. All things considered, it's impossible to recommend this game to even the most ardent fans of the sport longing to play it on the Wii. You would almost certainly have more fun--and spend less money--by buying a real board. 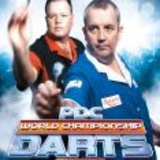 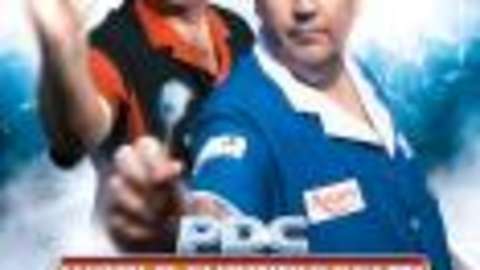 Competitive dart-throwing in the comfort of your own home.