The first leg of the journey is a familiar one: within moments of waking on a lonely beach, you are fending off the lurching undead, receiving only a few words of encouragement to help you find your bearings. And that's just fine. Clicking on monsters until they die is now a role-playing tradition, and Path of Exile trusts your instincts. It allows you to discover its world's mysteries without immediately overwhelming you with its complexities. And it all starts with the clicking, as it so often does.

Given its initial similarities to the Diablo series, it's no surprise that Path of Exile's players so frequently compare it to Diablo III, a game they treat with much disdain. This always-online game's chat channels are often filled with statements like "This is the sequel to Diablo II I always wanted," and developer Grinding Gear Games clearly looked to Blizzard's classic for inspiration: the dark and arcane continent of Wraeclast recalls Sanctuary's murkiest regions, and the skeletons and wildlife you encounter in the early hours are much like the foes you manically clicked on years ago.

Path of Exile is not a mere retread of Diablo II, however, though it smartly uses this familiarity to instill comfort before introducing you to the diverse mechanics, vaporous dungeons, and wandering phantasms that give the game its unique identity. After you reach Wraeclast's first sign of civilization, quest givers send you into the wilds, where you slaughter goatmen and cannibals as one of six classes. (A seventh class, the scion, unlocks when you first reach the final act's conclusion.) The click-happy action leads you across three increasingly large and intriguing acts. The standard hellions and scavengers that populate Wraeclast's sandy beaches give way to religious temples swarming with floating banners that strike you with deathly bolts of electricity. Path of Exile masterfully builds its world without spending unnecessary time on narrative exposition. Each underground network is more squalid than the last, until you're sure you can smell the stench on your own clothing. You leave behind unremarkable forests in favor of intricate hedge mazes and ramshackle city ruins, and as the world deepens, so too does your investment in it.

That's not because Path of Exile tells a stupendous story. Magniloquent sentences spill from characters' mouths, but the stories they convey are less interesting than the lilt of their speech. "Clarissa pesters me with pity once more," says one resident. "There's only so much broth, so many bouquets a man can take." Such alliteration is more at home in written language than in speech, but it sounds reasonable in Wraeclast, as if the exiles realize that they themselves are this barbarous world's only source of tamed culture. This place is much like Dark Souls' kingdom of Lordran, where I was drawn in not so much by the words the characters said as much as I was by how they said them.

Wraeclast's wildness is amplified by multiple mechanics that subvert genre tropes in intelligent ways. You don't collect piles of gold here; there is no use for such extravagances on this callous continent. Instead, you barter with merchants, and indeed, with other players. Scrolls of wisdom, which you use to identify equipment, form the basis of the economy, though players and merchants may require you to give up valuable whetstones if you want an orb that improves a health flask. And like that orb, health itself is a precious commodity that you cannot just purchase from a wandering salesman. Instead, you equip health and mana flasks that fill as you murder your attackers. Like other kinds of equipment, flasks can be modified with orbs that you loot from corpses. Swigging from a flask doesn't just replenish your magical energy; the refreshing liquid may also temporarily add knockback to your melee attacks, or remove bleeding.

Electrified golems emit crackling orbs in all directions as your friends sling arrows and knives into their petrified flesh.

I see Wraeclast through the eyes of my witch. And she is truly my witch, different from the other witches I encounter in Path of Exile's shared areas. The game provides an astounding number of ways to customize your abilities, starting with skill gems. Your active abilities are not determined by a talent tree but by jewels you insert into slots on your equipment. Both gems and slots are color-coded, and you may only insert a gem into a matching slot. You earn some gems by completing quests, but others appear as loot after a particularly energetic battle, and the game doesn't restrict your choices based on your chosen class. Path of Exile offers an incredible amount of skill flexibility, and showers you with a bounty of treasure.

The abundance of loot that clatters to the ground as you slash through a quiver of cobras is continually useful, in part because its value does not rest on its core attributes alone. You must also consider the number of gem slots items contain, as well as the colors of those slots. Some gems support others, causing an ability to last longer, or turning a single fireball into an entire trio of them--but they only function when the support slot is joined to the slot it modifies. A rare robe might seem a remarkable find, but may not allow you to retain your preferred skill composition. The higher you level, the more gems you collect, and the harder the choices you must make become. You can apply certain baubles to your equipment to change the colors of gems, the number of them, and how they are linked, but there is no guarantee that the randomized result will be any more to your liking.

One of the earliest gems I found in my travels allowed me to resuscitate corpses as shambling zombies. I could fling fire from my wand and generate a ring of ice, but I soon found myself wanting to play the role of necromancer. Later, I was summoning skeletons from thin air and resurrecting fallen creatures as phantoms, and ultimately could forge a spiritual sentry out of the melee weapons and shimmering armor littering the ground. I scavenged the Imperial Gardens with a 15-member undead entourage, watching my minions tear living statues to pieces while I shot bolts of energy at the most dangerous adversaries. A few glitches occasionally interfered with the fun; I sometimes wasted mana by trying to cast the animate guardian skill on items the spell can't affect, for instance. But I was compelled to push onward at every step, anxious to find an array of gems and armor that fully supported the witch of my dark-fantasy dreams.

Many mysteries still await me, even in the savage regions I've already charted.

I found myself relying on my fatal flames when my minions were vanquished, particularly when corpses were in short supply. If you rely on certain key skills in this manner, you should approach Path of Exile's extraordinary passive skill tree with thoughtful care. This massive web of passive augmentations is a shock the first time you open it; the entire range of possibilities stretches beyond the confines of the screen, your eyes glazing over due to the sheer magnitude. If you get too experimental with this tree, you could ruin your character, wasting points on skills that don't improve your effectiveness. That's a scary proposition. Common sense is the talent you must rely on here, presuming you don't rush to the Internet to research popular character builds. By the time you reach vital branches in the passive skill tree, you should already have a decent idea of where your path might lead.

Perusing the passive skill tree is an intellectual delight when you're hanging around town, preparing for your next adventure. Nevertheless, bloodthirsty combat forms Path of Exile's ironclad foundation, and the moment-to-moment thrills are inescapable, especially if you invite other players to the battleground. It's easy to join up to five others, and should you create a public party, at least a few others are certain to accompany you on your journey. Marching forward as a full party is a visual treat. Electrified golems emit crackling orbs in all directions as your friends sling arrows and knives into their petrified flesh. Multiple marauders hammer on a colossal walker as you conjure an elemental deluge. Some boss fights prove difficult should you face them alone, but fellow exiles are quick to leap to your aid. Sometimes too quick, as it turns out: in a few cases, my powerful teammates quickly slaughtered the opposing general before I had time to blink.

It's too bad that Path of Exile's competitive play is so limited. Not only does joining a player-versus-player queue force you to stay in a village, but you can participate only when your level falls within certain bounds. (If you're too high in level, you're out of luck.) Overall, however, you couldn't accuse the game of wanting for content. Various leagues reshape the rules, making bosses more difficult, adding unique items, and implementing permanent death. Other leagues pit players against each other in races, spurring participants to level up as quickly as possible. And even after it seems you've exhausted every possible option, collectible maps give you access to unique adventuring areas with various modifiers applied to them.

Considering that Path of Exile costs you nothing beyond some Internet bandwidth, it provides an embarrassment of pleasures. If you like standing out in a crowd, you could toss Grinding Gear Games some cash by purchasing a cosmetic accessory, like a nature aura to surround your wand, or a pet ferret to tail you. I'm so fully committed to Path of Exile that I've spent a bit of coin myself, and my witch is only one of many wayfarers I intend to guide through Wraeclast. Many mysteries still await me, even in the savage regions I've already charted.

View Comments (637)
Back To Top
9
Superb
About GameSpot Reviews

Kevin VanOrd has clicked his way through countless role-playing games. Dungeon Siege 2 has always been his enduring favorite in the genre, but Path of Exile may have replaced it. For the purposes of this review, Kevin played about 50 hours. 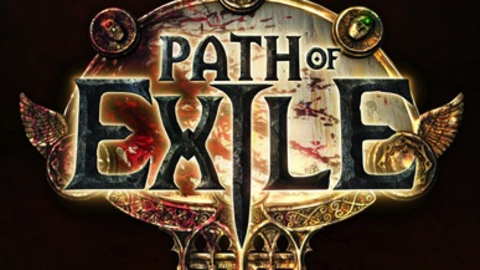 Path of Exile is a free-to-play PC online action Role-Playing Game where players find themselves banished for their past misdeeds to the dark fantasy world of Wraeclast.