You can pretty much count the number of PlayStation games from 1996 that actually stand the test of time on a single hand, but Parappa the Rapper is a particularly egregious example of a game that had a deep problem even back then: it's a rhythm game that can't keep rhythm.

At their worst, broken games are a valuable lesson in what not to do. But at their best, you get games that overcome major technical shortcomings to deliver exceptional experiences despite their flaws. Parappa the Rapper is almost--almost--in that latter category. After all, it's difficult to put down a game about a rapping dog trying to win the affection of an anthropomorphic sunflower by learning karate from a giant onion, getting his driver's license from a moose, and nearly screwing up his date with her because he can't find a toilet to pee in.

While Parappa and the world he inhabits are amusing, the game he stars in is frustrating to play. The foundation of the game is a call-and-response system: in each stage Parappa is paired with a wacky character with some wisdom to impart via the power of hip-hop. The stage master will drop a silly, nonsense rhyme, each syllable of which corresponds to a timed button press on the controller. You need to copy the pattern and respond with a rhyme of your own.

It's a simple enough premise, but as with the original, the remastered version of Parappa the Rapper struggles to find its rhythm. Trying to match button presses exactly with what you see on screen will result in failure. What ultimately works is hitting the syllables in some invisible sweet spot that seems to be unique to each master, which means gameplay feels more predicated on luck than rhythm. Regardless, even when Parappa's rhymes do play out on time, he sounds like a dying Siri.

The kicker is that the game has an Easy mode that eases the odd and strict timing for each note, but--in another one of those touches that could only have come from the mid-’90s--only the first three stages of the game are playable when you knock the difficulty down, and your scores aren't saved. Oddly, the game's original cutscenes remain untouched--they're presented in tiny boxes, in their original low-res form.

It's an awful rhythm game. All the more awful because I was compelled to continue playing despite its obvious flaws.

Despite its issues, Parappa the Rapper has an infectious spirit. Its bright and unmistakable aesthetic lends the game an undeniable charm, especially since the remaster smooths out the original's jagged pixels. The tonal weirdness makes its craziest moments unforgettable. The raps are Sesame Street levels of rudimentary yet silly enough to be memorable, and the constant repetition of failing and retrying stages hammers them into your brain like musical nails.

The linchpin is the game’s attitude. Parappa himself is a loser with no money or prospects who spends his entire day hanging out with his loser friends. He's also constantly being shown up by the very rich and very lame Joe Chin, who shows up in every cutscene to demonstrate how much better he is. And yet, every time the chips are down, Parappa springs up, screams “I gotta believe!” and does something crazy to match Joe with the sheer size of his heart. Parappa is the G-rated version of 8 Mile’s B-Rabbit, and his willingness to overcome every obstacle in his silly life with the power of belief is so charming, it's easy to forget you're getting torn apart on the scoreboard.

There's a generation of gamers who will find Parappa the Rapper Remastered validates all their happiest memories watching Parappa kicking and spinning with Chop Chop Master Onion again, more vibrant and colorful than ever before. But there will come a point when they have to confront how incongruous the aggravating gameplay is with how delightful everything else around it is. The aesthetics and vibe are still unlike anything else out there, and they’re still worth the hassle. But the greatest trick Parappa the Rapper ever pulled was convincing the world it's not a broken game.

View Comments (75)
Back To Top
6
Fair
About GameSpot Reviews

Justin Clark spent two hours with Parappa the Rapper Remastered, playing up through the final stage, as well as through the game's alternate soundtracks. A complimentary code was provided by Sony for the purposes of this review. 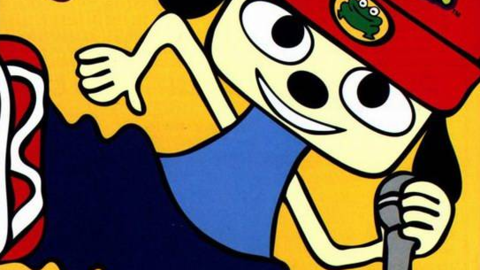 PaRappa the Rapper is a rapping puppy whose rhymes you control in this rhythm game.