Paradise looks great, but the dull story and uneven challenge make it a completely unenjoyable game.

Like the main character in Paradise, you might end up with amnesia after playing this game. That's because by the time you get to the end, you'll have forgotten why you were ever playing the game in the first place. It's an achingly dull, often frustrating adventure game set in a fictional African nation that's full of exotic creatures, dark mysteries, and inane puzzles. Fans of point-and-click adventure games might find something to enjoy in Paradise, because there's plenty of pointing and clicking to be had in the game. Unfortunately, there isn't much else.

Paradise takes place in the fictional African nation of Maurania, where rebels are taking up arms against the ruthless King Rodon. You play as the estranged daughter of King Rodon, who hasn't seen her father in years but decides to visit him because he's supposedly quite ill. On her way to the country, her plane is shot down, and she wakes up in a palace. Of course, she can't remember her name or anything about who she is. She happens to have a book with the name Anne Smith on it, so she decides to take on that name for the time being. Anne's first order of business is to get out of the palace, and then she must work her way through half a dozen different areas to finally meet up with her father and settle her past. The story does manage to get interesting eventually, but it's too little too late. Characters are hurriedly introduced, and they fade away just as quickly. The very few characters who do manage to stick around are the least interesting characters in the game. Anne, for example, is completely lifeless and has no reaction whatsoever when people around her start dropping like flies. Instead of wondering why these people are dead all of a sudden, she would rather continue from one area to another for unexplained reasons. After about 10 or 12 hours of vague story progression (provided you don't get stuck in any one area for too long), the game suddenly ends just as it starts to get interesting.

The story is boring enough, and the gameplay isn't any better. Like a typical point-and-click adventure game, Paradise has you clicking on static backgrounds to move Anne about from a third-person perspective. The cursor changes shape as you move over objects and areas that you can interact with, so most of the game becomes a matter of hunting for the hot spot on each screen. The problem is that these interactive areas are often difficult to spot due to odd camera angles and a cursor that doesn't always respond. For one, the cursor is slow to change shape when you do find the right spot, and for another, it sometimes takes several clicks for Anne to respond.

The bulk of the gameplay in Paradise involves completing various puzzles. Some of the puzzles involve fetching items for characters in order to persuade them to help you out, while other puzzles are of the hit-the-switches-in-the-right-order variety. Many puzzles derive challenge from the fact that they don't seem to follow any apparent logic. For example, early in the game you need a flower to make perfume. You have to first go climb a tower and look through an out-of-the-way telescope to see a flower bud hanging from a tree. Then you have to go all the way to the other side of the palace and enter a completely unrelated area to trigger a cutscene where it suddenly becomes nighttime and the flower blooms and falls from the tree. There's no indication whatsoever what you need to do to trigger the scene, and the puzzle is made even more difficult by the fact that the telescope area is completely obscured by the fixed camera angle in the adjoining room. However, once you manage to get the flower, the rest of the puzzle is laughably easy, because the remaining ingredients are provided along with a list of step-by-step instructions on how to make the perfume.

Puzzles like this one are all throughout the game, and they don't seem to progress in terms of providing challenge. In one of the later puzzles, you encounter a four-digit keypad on a locked door. In a stupidly easy moment, you simply have to find the sticky note on a cabinet door not 10 feet away that tells you the code. There's no deduction required; the note simply states the code. You'd think that if someone were concerned enough about security to install such a device that the person would go to a bit more trouble to conceal the key code, but apparently that isn't the case in this game. Moments like these make the game feel like an attempt at creating puzzles that take advantage of the fact that a lot of people who play adventure games have long since resigned themselves to collecting painfully obvious keys and clues and fiddling with nonsensical contraptions.

Oh yeah, there's also a leopard in the game for some reason. It doesn't play much of a role in the story other than people often saying that it plays an important role in the story, but the leopard does tend to run away, which provides you with the motivation to set traps or go exploring in search of it. There are a few moments in the game when you get to take control of the leopard, but all there is to do is walk around for a while, jump, and interact with a couple of objects. Other than that, about all you can do is hit escape at any time to skip the leopard sequence and move on, which is indicative of just how important these playable leopard moments are to the rest of the game.

The best part of Paradise is far and away the visual presentation. The backgrounds look great and are highly detailed. From the treetop village, to the rusted old hulk of a ship, to the abandoned emerald mine, each area looks unique, but they all seem to fit together. The only rough spot in the visuals is the way the characters interact with the backgrounds. The stiff animations and odd movements of the characters against the backgrounds will often take you out of the game. You'll see Anne float across a floor, clip through other characters or objects, and generally look completely disconnected from the environment.

Overall, Paradise doesn't have much to offer, even if you're a fan of point-and-click adventure games. The backgrounds look nice and the story does manage to get slightly interesting toward the end, but the game requires a substantial amount of work without much reward. 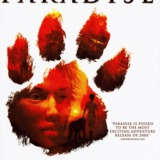 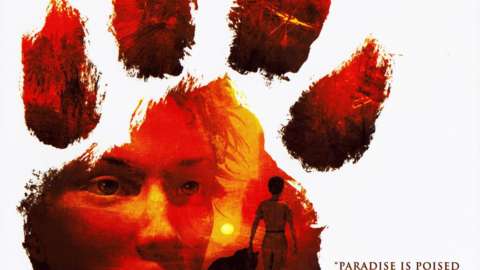 Paradise is a point-and-click adventure game for the PC, set in the heart of Africa.