Paradise Killer is an exemplary adventure game that nails detective work in a way few games do.

Stop me if you've heard this one before: Lady Love Dies, the "investigation freak" of Paradise, has been brought out of her 3-million-day exile for the end of the island's 24th cycle, her tryst with a demon forgiven in exchange for her solving the murder of the Council that, until last night, oversaw everything. Their eternal quest to summon the gods has been undone by what might or might not be a vast conspiracy, and a clear suspect has emerged: a demon-possessed slave citizen with a history of crime and a stomach full of Council blood. It's up to you to uncover the truth of what happened--or, at least, a version of events that you're satisfied with, one that's close enough to the truth--and pass judgment at trial, so that Paradise can end and the next cycle can begin.

Paradise Killer is a detective game like no other, an excellent, bizarre, and utterly singular take on the adventure game. It lets you loose on its island setting, leaving it up to you the order in which you question potential witnesses, where you'll explore, and just how much you'll uncover. Structurally, it's reminiscent of The Legend of Zelda: Breath of the Wild--it's got that same freewheeling sense of adventure, where every mountain peak has allure, and every fresh new discovery feels earned. You can start the final trial at any time and lay out your evidence, solving the island's numerous mysteries and sentencing the accused to death. It's possible to return to the judge with very little evidence and only a thin understanding of what happened, or you can really do a thorough examination of the island and its remaining inhabitants.

The island, too, is dying. Its citizens (humans abducted from the "real world") have been ritualistically slaughtered, its services slowed and shuttered, its streets abandoned as the architect of Paradise brags that the next island will finally achieve perfection. The only characters left behind are all potential candidates for Council seats and must all be considered suspects.

This is a game that explores some huge themes, including the eternal human drive for perfection, the nature of justice, and how personal concepts of "truth" can vary. It's also a game where one of the characters is a skeleton bartender whose bones have been dyed red by love. Another is a goat-headed soldier who has become the island's premier icon of beauty and has reskilled as a trader of secrets. There's a lot going on in Paradise Killer, and all of it is utterly unique, strange, and brilliant.

It's an adventure game set across a single, sprawling location, one that you'll get to know intimately. Lady Love Dies initially sets out to investigate the murder of the Council, the overseers of Paradise and the arbiters of its twin missions of perfection and holiness, but the deeper you dive, the more mysteries pop up. Gathering evidence means talking to every remaining islander--each of whom performs a special task in Paradise--to gather motives, alibis, and leads, while also examining the island from top to bottom for clues.

These interviews are simple--they play out like a visual novel as you select conversation items from a menu and make occasional dialogue choices that don't seem to have much impact on each discussion's result. But it's important that you really pay attention to what each witness says--while evidence will be logged, your investment in the case, and your eventual picture of how the trial should play out will depend on how well you get to know each character. There's little voice acting, but each character has slogans they'll call out during conversation in classic video game fashion. This can grate over time, but thankfully they can be turned off.

The dialogue in Paradise Killer is excellent. The game has the confidence to repeatedly hurl strange facts about Paradise and its people, and you'll soon learn which jargon and exposition is important for the plot and which pieces are just worldbuilding. For all the game's wild fantasy elements, its characters are grounded in relatable situations and emotions. Beneath all their pomp and circumstance, they fall in love (or lust), resent their positions in society, strive for greatness, and gossip about one another. The 2D character art is fantastic, too--each character's visual design ties into their backstory, which helps you to keep track of each character's history and everything you've learned about them. There are, unfortunately, numerous grammar issues in the script--including a lot of misplaced apostrophes--but the writing is otherwise superb.

These characters have literal millennia of backstory and history with one another, as well as their own evolving relationships with Lady Love Dies that can be improved by talking to them regularly, which can lead to extra information coming to light. The game does an astonishing job of conveying all of this without bogging you down in excessive lore, with clear characterization shining through. The leads built up on top of revelations, plot development, and incidental details about the system of seeking paradise the game's cast has subscribed to, and I was routinely amazed at how easy it was to follow.

There's a natural flow to progression. The game's pacing is astonishing--across the 15 hours I played the game, I never felt lost or unclear about what I could do next. There are always clear objectives: Explore an area you have not visited yet; revisit a witness for new testimony; search for a specific clue that you're tracking in the "notes" section of the pause screen; find the high ground and hunt down more of the "blood crystal" currency scattered around the island. You're accompanied by LLD's "Starlight" computer system, which can automatically analyze DNA samples, hack computers, and gather useful information, and everything you find is gathered in the pause menu. Toward the end of the game I spent a solid half-hour poring over the evidence I had gathered, connecting all the dots in my head, making sure that I had a good picture of what happened. Paradise Killer manages to be both complex and clear at the same time, weaving an intricate series of motives and alibis without ever overwhelming you.

The island is large, with plenty of hidden treasures and clues to dig up if you're willing to put the time in. While I often struggle in games to learn large maps, I found that the layout of Paradise Killer made it easy to figure out where each location was in relation to every other site. It didn't take long for me to learn the game's major visual landmarks, and there's a natural flow and clear delineation to each area. The citizen housing is made up of packed apartment blocks, high-rises that house optional collectibles and a sewer system worth exploring; the industrial and farm areas contain simple puzzles to solve for clues and a mess of walkways to move through; the council building and homes of the suspects are resplendent in purples and golds, adorned with weird structures and art. To really understand the case, you'll have to be extremely thorough, going over every inch of the island and keeping track of everything you find. Often a discovery will only pay off hours later, and what seem like minor leads can lead to major revelations.

The game is full of potent imagery, rendered in the game's distinctive visual style--think a PS2 cult classic, charming, slightly janky and weird, updated to look as good by modern standards as it does in your memory. It's visually fantastic, despite some simplistic textures and (on Switch) minor pop-up issues. There's something primal and disturbing about Paradise, and the game's visual design perfectly complements its narrative. This is a paradise that is stained with blood, where baroque tributes to the gods tower over buildings, where the bland homes and businesses of its citizens clash against the gaudy excesses of the island's art pieces, and one which has allowed a single drink company to claim a monopoly on every vending machine. It's a complex place, and this comes through in the game's design. Exploring the island from top to bottom is a pleasure--there's a real sense that you've done good detective work, and the game rewards thoroughness not only with evidence, but with bountiful Easter eggs and amazing, strange sights to take in. It's also a beautifully melancholy experience--you never lose sight of the fact that the island will be destroyed when your investigation ends, that all of this only exists until your case wraps, and the inherent tragedy in that.

The mysteries at the heart of it all are tremendous, with twists and turns coming up organically as you play through and gather new evidence. This isn't like Phoenix Wright, where the truth gets told through a series of revelations in the final court case. Instead, all the major reveals came during my search, and only because I put the work in to uncover them. It's entirely possible to start the game's finale without uncovering all the facts, but I found that I was enjoying my search so much that I refused to stop until there were no "notes" left in the pause screen, and I had, as far as I could tell, explored every avenue.

By the time of the final trial, the game had me in a fascinating headspace--I felt 90% confident that I knew what had happened, but as I went to present my evidence, it became clear that there was a big difference between the truth of the evidence and what true justice, and fair punishment, would look like. While not every piece of evidence I found came up in the trial, it all mattered for the conclusions I reached and how I felt about the case as the credits rolled.

Without saying too much, the final hour made me look inward and reflect on what I believe about justice, far more than I thought a game that lets you flirt with a character named "Doctor Disco Jazz" could. And it does it all without ever judging you for the conclusions you reach or the decisions you make, and without employing any direct mechanics tied to morality. The game doesn't have multiple endings, per se, but you must live with the outcome of the trial and whether you believe you found everything and made the right calls. Playing through the final trial several times revealed that, even with all the facts laid out, there's the potential for more than one truth--and depending on what you find, multiple people can potentially be found guilty of the same crime.

Paradise Killer is a singular, exemplary experience. It's a detective game that feels like real detective work in a way few games do, and it makes its extremely complex worldbuilding feel effortless. I put off the final trial for as long as I can not only because I wanted all the evidence I could find, but because I did not want to leave the island or the game. Paradise might have been killed, but when you're deep into untangling the game's conspiracies, it feels very much alive.

View Comments (26)
Back To Top
9
Superb
About GameSpot Reviews 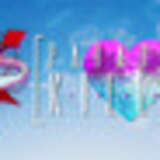 James O'Connor spent 15 hours seeking justice for Paradise and ran through the final trial multiple times. The game's main theme has been stuck in his head since he finished it. Review code was provided by the publisher.