Pandemonium doesn't have what it takes to contend with the latest 3-D action games, like Crash Bandicoot and Tomb Raider.

When a main character in a game transforms into something completely different it usually means the game doesn't have an interesting main character in the first place. That's definitely the case here. Pandemonium's extraordinarily silly (and not very funny) storyline exists only to string together the graphically diverse levels - and make no mistake, the graphics are the main attraction here. As for gameplay....

Pandemonium has that unfortunate platform-game trait of forcing players to screw up certain puzzles before they learn to solve them. On the very first level, for example, players must fall straight down a wall in order to land on an important ledge. However, players won't know about the ledge (because the camera view prevents it) until after they plummet past it. The dramatically moving camera can also be thought of as a gameplay element. In fact, the camera zooms in and out of the luscious 3-D environment, making the gameworld so enticing that players presumably won't notice they're engaged in a glitzy game of run-jump-shoot. The few power-ups are fun (including a fireball, a freeze ray, and a shrink ray that zaps opponents into stomp-size morsels), though unoriginal. Pandemonium also commits the crime of never establishing clear personalities for Nikki and Fargus, whose morphing abilities only compound the problem. Their only real difference is that Nikki can jump high, and Fargas has a monster-killing tumble move.

Burke Tresichmann's jaunty music veers into the Calliope Zone at times, and some of the selections sound much like his previous scores for Captain Quazar and The Horde. Moreover, the sound effects are downright awful, and the rubber-bandy "boing" that accompanies each jump is more than annoying.

Despite all of its nifty graphics, Pandemonium doesn't have what it takes to contend with the latest 3-D action games, like Crash Bandicoot and Tomb Raider. Ultimately, Pandemonium is a game for run-and-jump junkies who've already beaten those two offerings and are still looking for an angry fix. 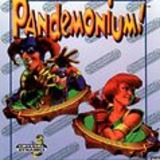 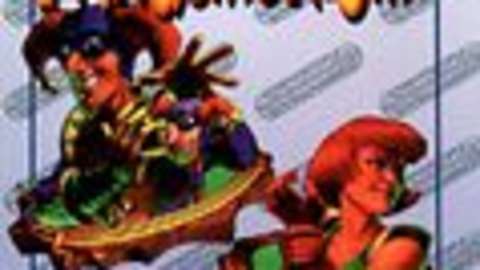 Pandemonium doesn't have what it takes to contend with the latest 3-D action games, like Crash Bandicoot and Tomb Raider.