Fans of Namco's rotund mascot should get some satisfaction out of Pac-Man World 2, but picky platformer fans may want to give it a rental first.

The character-driven platformer has been a staple of video gaming since Mario picked up that first superpowered mushroom. Even with a shift to 3D, the platformer lives on, and virtually every game publisher has thrown its hat into the ring at some point. In the Pac-Man World series, Namco has married its distinguished yellow mascot with modern 3D platforming gameplay, and with a fair amount of success. The formula has been refined in Pac-Man World 2, a respectable platformer that is held back somewhat by some annoying technical issues.

Pac-Man World 2 kicks off with the mischief-making band of ghosts, the ones that have plagued Pac-Man's existence from the beginning, sneaking into Pac-Man's yard at night and stealing all of the golden fruit from a very special tree. Unbeknownst to the ghosts, this tree was serving as a prison for an especially powerful and devious ghost named Spooky, and plucking the fruit from the tree's limbs has set him loose. Now Spooky, using the other ghosts as muscle, has plans to upset the livelihood of all the inhabitants of Pac-Land.

This is, of course, Pac-Man's cue to save the day. He has most of the moves that players have come to expect from their platforming heroes, such as running, jumping, and the ubiquitous butt-stomp. Pac-Man can also perform a Sonic the Hedgehog-style dash move, which he'll need to get across some of the especially long jumps that he'll encounter throughout the game. On a mission to retrieve the stolen fruit and put an end to Spooky's nefarious plans, you'll guide Pac-Man through six different worlds, each with its own distinct theme. The first set of levels take place in the shrubbery-lined forest area just outside Pac-Village, and you'll also travel through aquatic levels, frigid winter levels, levels set on a spooky ghost ship, and more.

The game is fairly linear, with a distinct beginning and end to each level, with plenty of ghosts, bottomless pits, and various other obstacles in between. You'll find an abundance of classic Pac-Man items to collect in each level, such as fruit, power pellets, and the occasional superpellet, which serves as the only means to eliminate any of the game's ghostly enemies. You'll encounter a fair share of platform jumping in Pac-Man World 2, which isn't inherently too difficult but can be made more frustrating than need be due to the game's touchy camera. The camera seems to have great difficulty negotiating its way around sharp corners and through narrow passages, making it sometimes impossible to adjust the camera to an optimal angle. Thankfully, the game doesn't rely solely on platform jumping and keeps things interesting with different gear for Pac-Man to make use of, including roller skates and swimming flippers, as well as minigames reminiscent of the classic Pac-Man games and some inventive and entertaining boss battles.

Save for the game's camera problems, Pac-Man World 2 is a nice game to look at, even though it's not the most technically impressive platformer on the Xbox. What the game does best is capture the cheery, upbeat nature of the game's titular star by adroitly blending elements of the classic Pac-Man games with new material in a 3D environment. The game sports a simple look, but it's executed with some proficiency, using lots of big, clean textures and environmental objects that convey a fun attitude without a lot of polygonal waste. The sound design is even more adept at getting across the Pac-Man feel, drawing music and sound bites directly from the old Pac-Man games, as well as including some new music that's directly inspired by them.

The varied platforming gameplay and excellent implementation of the Pac-Man look and feel go a long way toward making Pac-Man World 2 a really enjoyable game. Unfortunately, the experience is hindered by the game's problematic camera, which can make for some needlessly frustrating platform jumping. Fans of Namco's rotund mascot should get some satisfaction out of Pac-Man World 2, but picky platformer fans may want to give it a rental first, as some of the camera problems may be too much to bear. 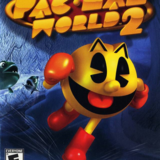 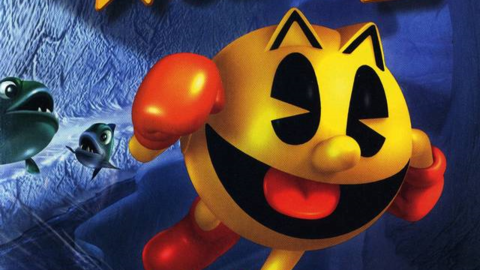 Pac-Man World 2 is a great platform game overall, one that anybody who's into the lighthearted style of the game would do well to check out.