This is a solid rendition of Pac-Man, but considering how many other ways there are to play Pac-Man out there, it's not your best choice.

Ever since Pac-Man first appeared in arcades back in 1980, countless renditions of the game have been produced for different video game consoles, computers, cell phones, watches, and other electronic gadgets. Some versions duplicate the look and feel of the original arcade cabinet better than others. Namco's Nintendo Entertainment System version, which was released in 1993 (it originally appeared on the Famicom in 1984) and is now available from the Wii's Virtual Console, is one of the better ones. Pac-Man and his ghostly enemies behave just like they do in the arcade game, and the graphics and audio are mostly spot on. The $5 price for Pac-Man and Pac-Man alone seems a little steep compared to the recent Namco Museum and Xbox Live Arcade releases, but this is a decent way to play Pac-Man at home if you don't have access to those other options.

Pac-Man isn't a complex game, and its graphics and audio are ancient by today's standards. Nevertheless, it continues to captivate new generations of players with its simple design and ever-increasing difficulty. You have to try and eat all of the pellets in a maze without getting caught by the four ghosts pursuing your yellow puck-shaped character. A warp tunnel lets you teleport from one side of the maze to the other, and you can gobble power pellets that let you get rid of the ghosts temporarily by eating them. Pieces of fruit also appear in the middle of the maze at regular intervals, which you can eat for bonus points. There's only one maze in the whole game, but the ghosts move faster and the effects of the power pellets wear off sooner with each successive round. The general idea is to amass the loftiest score that you can with the three lives you're given. Owing to the game's simplicity and its roots as a quarter muncher, Pac-Man is best enjoyed in short bursts.

Apart from the colors appearing dull, the NES version of Pac-Man is a carbon copy of the original arcade game. Pac-Man, the ghosts, and the maze look like they should, and the siren and munch noises sound just like they did in the arcade. The only significant change is that the score display was relocated to the right side of the screen to reformat the graphics from the vertical orientation used in the arcade to the horizontal orientation of televisions in use in homes. That change doesn't hurt the experience one bit. For the Wii's part, it emulates the NES game without problems. The directional pad on the standard Wii Remote is responsive and comfortable. Alternatively, you can hook up a GameCube controller or the Classic Controller attachment to move Pac-Man around with an analog stick.

Before you take the plunge and spend 500 Wii points ($5) on the NES version of Pac-Man, you may want to take stock of the other video game consoles that you have in the house. You can get an even closer approximation of the arcade game, along with dozens of other games, for less than $20 by buying one of the Namco Museum discs that were made for the PlayStation, PlayStation 2, PSP, GameCube, and Xbox. There's also a version available for $5 on Microsoft's Xbox Live Arcade service for the Xbox 360, which duplicates the arcade game and has been enhanced to include a stage select, leaderboard rankings, and achievement goals. If you have any of those systems, you'll get more bang for your buck with those versions of Pac-Man. 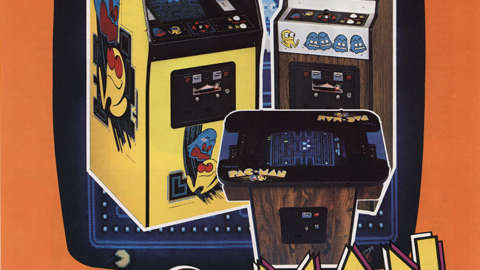 As one of the most famous games of all time, Pac-Man was one of the first games to inspire a flood of licensed products, including breakfast cereal, toys, and a Saturday morning cartoon.