This new take on an old favorite adds new, exciting elements to the formula without getting rid of what made Pac-Man so good in the first place.

If you sat down and redesigned Pac-Man in 2007, what would you do with it? Would you give it more mazes like Ms. Pac-Man had? Totally redo the graphics in the most photorealistic style possible? Make it a first-person game? There are probably a billion different things you could do to Pac-Man, but let's face it--almost all of them would pale in comparison to the original, the Namco arcade game that made American arcades go absolutely insane in 1980 and spawned that awful cartoon, that sweet "Pac-Man Fever" song, Halloween costumes, and a bunch of crazy sequels. Well, as it turns out, there's still one crazy sequel left. Namco has gone back to the well and delivered Pac-Man Championship Edition, a game that holds true to the original game's maze crawling and dot eating while simultaneously upending the apple cart and making something that feels entirely different and, yes, exciting. While a few more improvements clearly could have been made, Pac-Man CE is a surprisingly rad addition to Xbox Live Arcade that even folks who disliked the original Pac-Man might enjoy.

As the game was rolled out in conjunction with Microsoft's Pac-Man World Championship in New York, Pac-Man CE has a decidedly competitive streak to it that the original game didn't. Rather than asking you to last as long as you can, the different modes in the game each have time limits. So survival becomes a secondary goal, and scoring as many points as possible before time runs out becomes your main task. Two of the six modes are five-minute games, and the other four all last a maximum of 10 minutes. If you run out of lives, your game will end early, but once you wrap your mind around how the game gives you points and how to keep those points coming in, ending early doesn't happen too frequently. Once your game ends, your score is sent off to the leaderboards and you're informed if you've unlocked any of the game's 12 achievements, most of which are pretty easy to earn.

The setup of the game is still all about four ghosts in a maze, trying to eat Pac-Man. There are still power pellets that make those ghosts turn blue, during which time you can eat them for bonus points. But unlike in the original, you can chain together multiple power pellets without resetting the bonus multiplier you earn for eating ghosts, letting you work out lengthy ghost-eating combos for big points. Another difference is that Pac-Man CE doesn't stop. Instead of pausing between levels, the game breaks up the maze into two sides. When you eat all of the dots out of one side of the maze, a fruit item appears on the other side. When you collect this, the empty half regenerates, spawning a new set of maze walls, dots, and, hopefully, power pellets. As you play, the game speed increases, making things even more hectic and insane. The different modes offer different mazes, including a dark mode that doesn't show you the maze walls and a "freeway" theme that runs at superspeed right off the bat. These differences, along with the ticking clock, really change the strategy required to do well, as clearing out mazes and eating fruit, as well as chaining together ghosts, are both big points earners. In a neat touch, the game displays a graph at the end that shows you how many points you earned from dots, fruit, and ghosts, as well as which spots in the game were your hottest.

Pac-Man CE has a neat look to it that manages to capture the flavor of the original without feeling old. Pac-Man and the ghosts appear as they did in the original game, only a little more pixelated for effect. The ghosts leave tracers behind them as they move, which is a good look. The maze itself, which is wide enough to fill a 16:9 television, has smooth walls that pulsate and jitter along with the action. It all looks pretty fresh. Most of the audio is taken directly from the old game, though there's now an ambient music track that bumps along with you. It's pretty good and recalls the original Pac-Man music in a few spots.

While there are a lot of different mazes and things to see in Pac-Man CE, its 800-point ($10) price tag feels a little steep. It would have been nice to see some kind of endless mode that was focused more on score than on time, and there are no multiplayer options at all. Some kind of tag-team Pac-Man or a mode like Pac-Man Vs. that let players take control of the ghosts might have rounded out the package a little more, though the game's tight focus on scoreboards and competition still leave enough modes to make it worthwhile. Purists might hate it by default, but it's an interesting blend of old and new that makes for hot, hectic action. 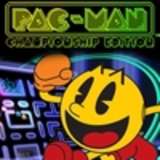