Pac-Man Championship Edition DX introduces a number of terrific new elements that make it a superb update of the arcade classic.

Three years ago, Pac-Man Championship Edition took the classic Pac-Man formula and reinvigorated it with a new look, changing mazes, a ticking clock and a new emphasis on skillfully eating lots of ghosts in sequence to rack up huge points. But where Championship Edition felt like an evolution of Pac-Man, the new Championship Edition DX feels more like a reinvention. It introduces a number of elements that fundamentally change how Pac-Man is played, without losing any of the timeless appeal of speeding around mazes, gobbling up dots, and chomping ghosts. On the contrary, DX only makes the entire Pac-Man experience more thrilling and addictive than ever.

When Pac-Man made his arcade debut 30 years ago, his life was a game of cat and mouse in which you spent most of your time trying to avoid the ghosts and survive. In DX, survival is not so tricky. What's tricky is scoring as many points as possible within a five- or 10-minute time limit. As in Championship Edition, clearing all the dots from one side of the maze makes a piece of fruit, a cup of coffee, or some other object appear on the other side of the maze. Gobbling up these items changes the cleared portion of the maze and gives you more dots that need to be cleared. What's completely new here is that ghosts are sleeping in set positions throughout these mazes. If you've played Pac-Man before, your instincts may tell you to stay as far away from these ghosts as possible, but that's actually the opposite of what you want to do.

Zooming past a ghost wakes it up, and it immediately starts giving chase to Pac-Man, following every move you make through the maze. As you continue to pass sleeping ghosts, each one will join your ghostly trail. You actually want this to happen, because when you finally gobble up a power pellet, you can turn around and eat your entire ethereal entourage for massive points. Luring dozens of ghosts into following you and then eating all of them at once is immensely satisfying, and this goal completely changes how you approach playing Pac-Man. The challenge is to figure out the most efficient routes through the maze and how to get as many ghosts to follow you as quickly as possible. This new focus makes DX feel a bit like a fast-paced and absorbing puzzle game.

But it also feels like a fly-by-the-seat-of-your-pants action game that requires lightning-fast reflexes. It's still dangerous out there for Pac-Man, and not all of the ghosts are asleep. His longtime adversaries--Inky, Pinky, Blinky, and Clyde--still emerge from the ghost house at the maze's center and roam its passageways, and their movements may sometimes interfere with your best-laid plans. But Pac-Man has a few new tricks up his sleeve that give him an edge over his old foes. As you play, the game's speed gradually increases, which means you can score more points in less time, but it also means that avoiding dangerous situations becomes much more difficult. But when you get extremely close to a ghost, the action slows way down, giving you ample opportunity to react. You want to avoid these situations whenever possible because the clock continues to tick in real time even as the action moves in slow motion, but it's a great addition to the formula that eliminates the potential frustration of dying in situations that spring up too quickly to give you a reasonable chance to respond.

Even with the help of this slow motion, though, you may still find yourself on collision courses with ghosts that offer no chance for escape. That's when your bombs come in handy. You have a limited number of bombs that, when used, bounce all the ghosts on your trail back to the ghost house. Like the slow motion, the option to use a bomb is better than dying, but it comes at a cost. The downside of using one is that it cuts any point multiplier you've built up from eating dots in half, and it prevents you from waking up any additional sleeping ghosts for a short time. (Dying eliminates your multiplier and slows down the game's speed.) Both of these tools are integrated into the action in a way that makes them very useful, without taking the challenge and excitement out of the game.

Pac-Man Championship Edition DX is the very definition of a game that's easy to learn and tough to master, but getting better doesn't feel like an uphill struggle. Gobbling pellets and chomping down ghosts is a great pleasure, thanks to the inherent appeal of the Pac-Man formula and to the very tight and responsive controls. So you find yourself absorbed and wanting to play again and again. And as you do, you naturally start playing smarter and earning higher scores as the patterns become clearer and you get into a groove. The imposed time limit means that, quite literally, every second counts, encouraging you to strive for perfection and avoid mistakes that cost you even a moment. In this endeavor, it's very easy to lose track of the hours as you play, whether you're aiming to knock friends down a peg on the leaderboards or just striving for a new personal best. And getting better and setting new high scores carries with it a feeling of accomplishment that then spurs you on to play still more and continue improving your performance.

Unfortunately, while numerous games like Geometry Wars: Retro Evolved 2 and Pinball FX 2 have integrated friends' leaderboards in ways that fan the flames of competition, the leaderboards in DX are one step removed from the game itself. If you want to see just how you're doing compared to other players, you need to back out of the mode-select menu and enter a separate leaderboard menu where you have to select the specific mode and maze for the scores you want to view. And if you select the filter to view your friends' scores, your own score isn't listed among them. The leaderboards do have one great feature: viewable replays for all of the highest scoring players. If you want to know how the best of the best are getting those amazing scores, you can see how they did it. But it's surprising that a game that's all about high scores makes you go through a few unnecessary steps just to see how your score measures up.

The hottest competition is in the game's first and best mode, called Score Attack (five minutes). But DX offers plenty of opportunities for a change of pace. As you play, you unlock a 10-minute Score Attack mode, as well as a number of time trials that score you not on how many dots and ghosts you eat but on how rapidly you clear the mazes. In addition, you unlock a total of 10 mazes, so you won't soon get bored of retreading the same patterns over and over again. DX also gives you a number of ways to change the look of Pac-Man, with some options carrying on the attractive neonlike appearance of the original Championship Edition, and others that cast Pac-Man and the ghosts as three-dimensional characters in mazes made of building blocks, in a nod to the look of 1987's Pac-Mania. You're also given a number of musical selections, and thankfully, the original CE's excellent ambient track that subtly builds up as time runs out is among them.

Three difficulty levels mean that players of any skill level can start at a speed they're comfortable with, offering a terrific experience to both those driven by a competitive desire to dominate on the leaderboards and those just looking for a fun and accessible game with a retro arcade feel. The new elements fuse so seamlessly with the familiar ones that DX immediately feels like a thrilling new game and a timeless classic at once. Thirty years after Pac-Man first became an arcade sensation, it's exhilarating to see new concepts introduced that make the whole experience of playing completely fresh and compulsively playable all over again. The original arcade superstar is back, and this is one of his best performances yet. 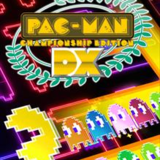 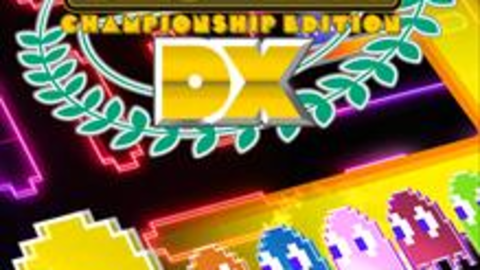