Pac-Man and the Ghostly Adventures Review

Gobbling up your happy memories.

There has always been a sinister underbelly to Pac-Man's maze adventures. Like an unaltered version of a Grimm fairy tale, the Pac-Man games exist in a world in which he must constantly consume ghosts until he is eventually overwhelmed by the relentless determination of his poltergeist pursuers. But it was easy to ignore this endless endeavor when abstract visuals shielded you from the worst of Pac-Man's deeds. After all, how could a yellow circle eating colorful doodles possibly be ominous? And the eyeballs of your eaten foes--those shocked, disembodied eyeballs--drifted back to the ghost hideout like a silly gag. Prepare to have your happy memories turned on their heads. In Pac-Man and the Ghostly Adventures, the abstract barrier has been removed, and in the process, there's a surreal wrinkle to this entry-level platformer. Who knew that Pac-Man had a dark side?

A benign introduction welcomes you to the city of Pacopolis. Characters loudly enunciate their lines as if they belong in a Saturday-morning cartoon, and the dialogue never ventures outside of the dry exposition that pushes the plot ever onward. For those who enjoy A Game of Thrones, it can be funny to imagine that Sir C is really Cersei Lannister, though the big-nosed professor isn't quite as ruthless as the queen regent, at least not as far as we're shown. A school serves as a hub world for Pac-Man, and though that's hardly strange given that he's just a boy in Ghostly Adventures, the company he keeps begins the surreality that flows throughout this game. Pinky, Blinky, Inky, and Clyde--the ghosts from the original Pac-Man--roam the halls as if they aren't spirits, and you talk to them instead of trying to eat them. It's nice to know that even the fiercest of enemies can make nice.

At this point, it seems as if Ghostly Adventures not only caters to a young audience incapable of discerning thought, but doesn't even respect them. Because the dialogue lacks any semblance of wit, there's nothing more to the plot than a remedial MacGuffin hunt, and the by-the-numbers platforming continues along that brain-dead path. Early levels set you loose in 3D worlds with nary a hint of interesting obstacles or clever level design. You simply walk along the constrained route, collecting pellets and hamburgers just to have something to do, and then mash a button to eat ghosts who stand before you. There's a certain appeal in chomping a group of ghoulies in a flashy display of your insatiable hunger, but everything is so by rote that it's pretty dull. It's as if the game expects the inherent fun of playing to drive you forward, even though there is nothing worthwhile going on.

And then, things start to get more interesting.

Pac-Man is a chameleon, and that's not just a figure of speech. Special pellets transform you from a double-jumping eating machine into a variety of creatures that give you different powers. As a chameleon, you can swing from poles using your sticky tongue and turn invisible to make it past searchlights. When Pac-Man becomes a giant boulder (complete with an indecent retractable nose), you can squash the baddies who are terrified of your girth and shoot off ramps like a pinball. Gobble a pink pellet to fill yourself with air and then coast along the currents. Ghostly Adventures injects variety into your escapades through these precious pellets, and thus raises the insulting early levels to a place of respectability. None of these specific elements are particularly well executed on their own, but simply rushing from one objective to another keeps you on your toes so you're always reacting to a new demand rather than being lulled to sleep by predictability.

Rushing from one objective to another keeps you on your toes so you're always reacting to a new demand rather than being lulled to sleep by predictability.

These powers have a positive impact on the combat. When you become imbued with fire or ice energy, the ghosts keep pace, and you need to use your elemental abilities to stop them. How else could you devour an ice ghost if you don't set it on fire first? Having to put thought into dueling ghosts keeps you engaged in ways that evaporate when you're just slamming on the chomp button. Still, the raw mechanics aren't so hot. Targeting specific ghosts with ice and fire projectiles is tricky, especially when there are teleporting and vomiting ghosts floating across the environments. This imprecision removes much of the skill that could have made conquests satisfying, so instead, you partake in fights of attrition where you hope you nibble every baddie before they chip away all of your health. Because it's so kinetic, combat doesn't become boring, but it merely serves as another dose of variety rather than an enjoyable activity in its own right.

It's in the platforming that Pac-Man reaches its potential. There are so many ways to navigate these colorful worlds that you're always doing something different, and that alone keeps you invested. Zipping across vanishing platforms is very different from walking vertically along magnetic columns, and that not only nicely mixes up your actions, but also pushes the levels to new places. The tired designs of the early levels fade away when you have to figure out how to cross a lava lake (freeze the geysers!) or reach that floating island (find an air draft!). All of these elements have been found in previous platformers, but that doesn't diminish their appeal here. Zooming through a tunnel on a crumbling piece of rock is still fun because you have to think fast as obstacles rush toward you. And the repulsive way that Pac-Man just shoves any old thing into his mouth is good for some gross-out chuckles.

And the repulsive way that Pac-Man just shoves any old thing into his mouth is good for some gross-out chuckles.

Through all of this ridiculousness is the surreal undercurrent that flows through the game. Pac-Man eats ghosts, it's what he does, but there's a joy to his consumption that's unsettling. He eats the entire spook (those eyeballs no longer escape), and then keeps track of how many eyes he's digested. It's a little unnerving. After playing through every level, I have eaten exactly 2,426 ghost eyes. How could Pac-Man pal around with Pinky, eat her kin, and keep a morbid running tally of his conquests? And your victory animation when you nab the fruit at the end of each level cements just how twisted this game can be. When Pac-Man burps as any foodie would, you can actually see the eyeballs in his mouth fumes. It's as if the game repeatedly wants to remind you exactly what Pac-Man (and, by extension, you) are doing, so your actions swirl in your head even when you go to sleep for the night.

The creepiness continues in the four-player mode. Here, you and up to three friends embody ghosts in 3D representations of the classic Pac-Man mazes. Explore the labyrinthine passageways as you nab fruit and collect power-ups, all while a computer-controlled Pac-Man roams, hungry for ghosts. You may find the pellet muncher near the north corridor, and you rush toward him with unwavering focus. Now is your chance to put that Pac-Monster in his place. And then he nabs a power pellet, turning you and all of your friends blue, and devours you whole. Except your eyes, of course. You're sent back to your hideout as just a pair of eyes, and you realize how scary it is to hunt Pac-Man. Sadly, this mode is much better in concept than in practice. It's a slow-paced affair that lacks the unpredictability that could have made it engaging. Still, it's enlightening to see the world through the eyes of your long-standing enemies.

Pac-Man and the Ghostly Adventures travels down the same road as so many games before it, and neither the combat nor the platforming engender enough excitement to raise this beyond mere respectability. But its competency is welcome, especially considering the dearth of 3D platformers currently out there. Anyone who has spent hours partaking in upper-echelon adventures such as Super Mario Galaxy 2 or Ratchet & Clank Future: A Crack in Time will find little here to hold their interest, but as a "my first platformer," this is a fine place to start. Just don't expect to ever again view Pac-Man as the noble hero he once was. 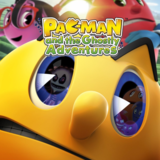 Pac-Man and the Ghostly Adventures
Follow
$0.99 on Walmart
Buy

Tom longs for the days when 3D platformers ruled the retail shelves. Pac-Man never appealed to him during his formative years, but he grew to love the yellow guy when Championship Edition and DX came out. It took roughly 10 hours to see all of Pacopolis, and he roped in three coworkers to play multiplayer during which fellow editor Chris Watters claimed a resounding victory. 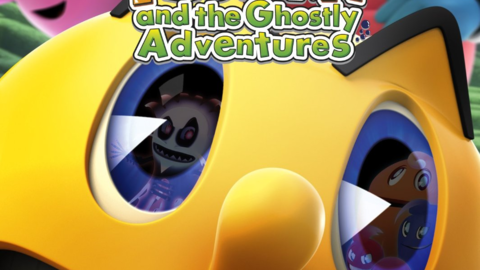 Pac-Man and the Ghostly Adventures

Pac-Man and the Ghostly Adventures has players take the role of Pac and his 2 best friends, Spiral and Cylindria, as they must rise to the challenge of protecting their homeland from the menacing ghosts that have escaped from the Netherworld.

5.6
Sign In to rate Pac-Man and the Ghostly Adventures