During my college years, I went on a few ghost hunts. I trekked through dark rooms in middle-end hotels and strangers' houses, guided by the small green light of an electromagnetic field detector. Oxenfree reminds me of those nights in dark, weird places. I was a dumb teenager, driven by curiosity and a confidence in my immortality. And while the most dangerous thing I ever encountered was asbestos, it illustrated for me why we seek the unknown, even when aware of the danger. The exhilaration of going against something, anything different from mundane life, is why we become thrill-seekers.

That is the plot of Oxenfree: someone bored and restless teases the unknown, and after poking it too much, enters a downward spiral where everything goes to hell. It begins with five teenagers visiting an island near their hometown for a raucous high school party. They stumble upon something odd in the depths of a cave, and after communicating with it via radio signals, accidentally unleash a paranormal force. In order to save themselves from these entities, they must figure out who or what they are and how to exorcise them. There are a handful of different endings and directions the narrative can take, and the experience of exploring Oxenfree's odds captivated me. In one ending, you barely escape with your skin. In another, someone in your friends' group doesn't make it with you. In a third, I stumbled upon additional collectibles that painted a haunting picture of what the entities were, spurring me to double back on my trek across the island and dig for more intel. The information I found was unexpected, and as I found more answers I began assembling a picture of deepest tragedy. Picking apart each knot of narrative threads dragged me back for third and fourth playthroughs in an effort to unearth all of Oxenfree's chilling lore.

Oxenfree lets you interact with the environment in a similar way to point and click adventure games; some objects have a small circle above them, indicating you can examine them or pick them up. You engage in some light environmental puzzle solving this way in order to open up new areas and acquire useful items. There are also two additional mechanics that let you tamper with the island's paranormal aspects. One uses a radio--accompanied by a surge in sound and controller vibrations--in order to communicate with the mysterious entities. These tuning segments are accompanied by unsettling audiovisual cues; a garbled mess of static and satanic voices. The second mechanic involves winding up an old-fashioned tape recorder--also accompanied by mangled audio--and finding the correct speed at which to play the music.

Use of the radio and tape players is where Oxenfree's masterful audiovisual work really resonates. As you fiddle with the radio the screen distorts, sometimes revealing something otherworldly lurking nearby, and you hear a cacophony of music and scratchy vocals. The sound escalates to an anxious high volume and then suddenly breaks like a wave on shore--and you're left with the consequences of your meddling. The tension built through sound and sight in these segments makes for genuine discomfort, and adds another layer of emotion to Oxenfree's sad, sinister tale. The feeling goes beyond the burst of anxiety you get from a jump scare; it's a chilly, abrasive feeling that permeates the entire experience, and it left me mentally ragged and raw.

Oxenfree does an excellent job nailing the awkward dynamic of teenage friendships by providing a cast still largely figuring out what kind of people they want to be; playing the game feels like watching the cast of The Breakfast Club act out Poltergeist. You control Alex, the group's de facto leader, whose demeanor has a lasting impact on the story's path and the fate of her friends. There's also Ren, Alex's best friend, who is impossibly nerdy, talks a little too much, and can't handle his drug-infused baked goods. His polar opposite is Clarissa, bratty, impatient, and rude to Alex at every opportunity. Clarissa has it in for Alex from the get go, answering her every question with snark and being critical of Alex's decisions; deeper into the story you learn why Clarissa is so mean to Alex, and the answer is more sorrowful and cut and dry than Oxenfree initially leads you to suspect. Clarissa's best friend Nona rarely leaves her side, and Nona remains quiet and mostly unexpressive until Oxenfree's climax; seeing her become vulnerable as things heat up strikes a strong emotional note. Rounding out the cast is Jonas, Alex's new step-brother and the group's voice of reason.

Alex's choices are split between being compassionate and supportive or sarcastic and angry, and her relationships with Jonas and Clarissa are the focal point of Oxenfree's narrative. How you make Alex treat her friends is the core mechanic of Oxenfree; comforting or ridiculing them along the way has serious implications. When Alex is rude, others are crappy towards her. When she fights with others, they indicate a loss of respect and trust. But when she shows compassion to a frightened friend or promises to help, her friends stick by her. She can be a selfish jerk or a selfless hero, and both ends of the spectrum add a dramatically different tone to the tale and different consequences later in the game. I felt that my behavior genuinely mattered.

Being completely selfish can ruin everybody's night in different ways, and some of these consequences will carry into the characters' post-game life. For example, on one playthrough, I was mean to Jonas every chance I got. At the end, I learned that he never really spoke with Alex again after that night, totalling that relationship. I repeated the same on another playthrough with Ren, and that relationship was also dead come the finale. I fed lies about Nona and Ren to one another, and in doing so persuaded Ren to stop pursuing her. But in another run, I was the epitome of selflessness. I put Alex in danger at every turn, throwing her forward and having her insist the group stay together. I made every decision in the interest of the others, and in the end, what Alex got was far from what she deserved for putting others first. There's a lot of emotional ground to play on in Oxenfree, and unlocking every possible outcome (there are even Achievements for some of them) was a minigame for me in itself.

I can't discuss much without spoiling some of Oxenfree's most spine-tingling plot twists, but its major turning points come without warning, giving you little time to prepare. A few are disguised as innocuous dialogue choices--things you don't realize are important until much later. In this way Oxenfree forces you to not make flippant decisions and to scrutinize your options. And these consequences leave enough "what ifs" hanging in the air to tantalize you into another playthrough, complete with an array of new potential choices.

Oxenfree's understated worldbuilding is also a boon to the story it weaves. Exploring every corner reveals details about the island. And an entirely optional series of sub-missions involving searching for documents adds depth to the entity stalking you--depth that is surprising and sad. This added another dimension of narrative, hidden away waiting quietly to be found, and it can completely change your take on the paranormal happenings.

Several plot linchpins have a handful of different outcomes, but once you make a decision, it's permanent; there's no way to manually select a point to pick up from. Oxenfree flexible narrative is great enough that you want to replay it, but when you want to go back and view one specific scene your only option is to repeat events up to that point. I didn't find this a terrible punishment, however, because I was embroiled in identifying the mysterious beings. Sometimes I repeatedly made the same choice in one area, expecting a similar outcome--but all my work to keep a similar outcome was undone by a choice I made later down the line. The rabbit hole of influence goes deep in Oxenfree--from playing matchmaker among Alex's friends to destroying or strengthening her own relationships with them--and it's entertaining to repeat it all in an effort to learn what could be.

Oxenfree is more than a ghost story with a Freaks and Geeks-like coating. It's a tale of coping with loss, broken relationships, and the inflexibility with which teenagers deal with sudden change, all layered under an alarming paranormal encounter. I left Oxenfree feeling hollow and strained, emotionally spent yet excited to play again and uncover more of the mystery. It doesn't hammer you with platitudes about friendship and loss, but hands you a knot to untangle that rewards you at every success with an emotional gut punch. It doesn't ask you any big questions, and certainly isn't easy in relenting its answers; Oxenfree just is what it is, a big little game about the all-too-human inability to let go of what hurts us. 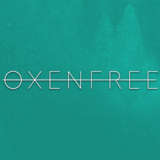 Alexa Ray Corriea is a sucker for ghost hunts and replayed Oxenfree five times to explore possible choices and endings.