Overlord: Raising Hell may be the most feature-rich version of the game yet, but an unpredictable frame rate, sluggish controls, and a clunky camera detract from the minion-controlling fun.

Overlord and its mischievous minions fought their way onto the Xbox 360 in mid 2007. Almost 12 months and a downloadable content pack later, the game has finally arrived on the PlayStation 3. The question is, have the flaws that shipped the first time around been addressed in the meantime? Unfortunately, the answer is no. While the original game's premium downloadable content has been rolled into the single-player campaign and a couple of minor new features, such as an in-game minimap, have been included, Overlord for the PS3 is a frustrating experience with dated visuals and awkward controls.

For anyone who missed Overlord in its original incarnation, it's a third-person action adventure game with a liberal sprinkling of puzzle-solving set against a fantasy backdrop. After waking up and finding your tower and your reputation as the overlord in shambles, you set about rebuilding your empire. To regain your former glory, you'll need to take control of a group of acquiescent gremlin-like minions as you roam the countryside helping or hindering the locals. You'll also accumulate gold and life-force energy--the game's minion-creation currency. Along the way you'll battle halflings, unicorns, and a generally inhospitable environment filled with challenges waiting to be overcome by selecting the appropriate minion unit for the job.

You have four different-coloured units at your disposal in Overlord. Brown minions--the most common--are pure brawlers. Red minions aren't very useful at melee range and instead rely on ranged damage with fire spells. Setting up flanking manoeuvres with your browns as you keep enemies at bay with your reds can be a great tactic. Reds can also absorb environmental fires and in turn allow you to explore otherwise inaccessible areas. Blue minions are the swimmers in the group and are able to traverse water obstacles. These jolly little fellows deal magical damage and can also resurrect fallen comrades. Green minions play the role of stealthy rogues, and while they can't take the same kind of beating as browns, they can deal hefty damage if you're able to sweep them into a position at the rear of your target. Given the clearly defined roles of your minions, you shouldn't ever find yourself wondering what to do with a particular unit.

As great as the concept behind Overlord is, the experience is hampered by a clunky control system and a fickle camera. For a game that extols the value of evil and uses evil jokes at every turn, you're rather limited in the evil you can perform. Sure, you can massacre livestock to steal their sweet soul innards, invade the homes of halflings, and rough up the local farmers, but you're left wanting for a way to really put your evil mark on the Overlord world.

As the overlord, your strength lies not in your own melee attacks--although these can be used to deal additional damage--but in your team of ragtag subordinates. Born of the earth and spewing out of coloured craters, your minions like nothing better than completing your unspoken orders and returning to you with gold, with flasks to replenish your health and mana, and with a range of weapons and outfits from vanquished foes. They're an entertaining bunch, and for the most part they function well with general "go smash that" orders, which you issue by aiming and pressing the right trigger. More complex pattern holding and sweeping moves are possible using the right analog stick. Left to their own devices, your minions will gladly defend you by assaulting attackers, and the AI is smart enough to automatically upgrade minion weapons when they're found in crates and chests.

Controlling the four different minion types during battles requires a lot of micromanagement, and it's here that the control system (as well as the free-floating camera) comes unstuck. The camera perspective can be set higher over the battlefield by clicking R3, but even in this view it can be tough to make precise movements. While the minions are acrobatic fellows, the overlord himself isn't anywhere near as nimble. The overlord's slow speed and truck-like turning circle become even more of an issue in split-screen multiplayer modes as you try to negotiate obstacles.

Overlord's visuals are pleasing enough, though they definitely look dated. Colour plays a huge role both aesthetically and functionally. The lush green outdoor areas and fiery-red hell zones are represented well, and shader effects like mist and fire indicate the appropriate minion for each situation. Minions look good and are at their best when pilfering and when equipping items such as chef hats and pumpkins as makeshift helmets.

Overlord: Raising Hell has rolled in the seven multiplayer maps and three modes (Slaughter, Pillage, and Survival) that were previously sold as downloads for the Xbox 360 game, as well as new single-player levels, legendary difficulty mode, and two-player split-screen cooperative play. Split-screen multiplayer on the PS3 is at times almost unplayable as a result of the poor frame rate. With both players loaded up with minions and meeting to complete a mutual objective in Survival mode, the controls become sluggish, the camera becomes even more unmanageable, and the visuals approach something nearing a slide-show performance.

Sound is a high point for this game, especially the voice-over work that brings the game's macabre dialogue to life. Explosions from fireballs are chunky, and there's something enjoyable about igniting a dry grass field full of halflings and listening to them scream as they writhe in agony. Gnarl--your minion master and occasional Yoda stunt double--does a great job as your guide to evildoing, and he offers some comedic relief with snappy one-liners. Impressive 7.1 surround sound is supported, and while it's not a deal maker on its own, it's a nice extra inclusion for those who like the idea of evil firing from all directions.

The major differences between the Xbox 360 and PlayStation 3 games amount to the new onscreen minimap and 7.1 surround sound support. Given that the Xbox 360 downloadable content is thrown in for nil, the PS3 version of Overlord is the best value for those who have yet to give the game a try. However, considering the unpredictable frame rate, sluggish controls, and fickle camera in the PS3 version, if you're after a serious crack at ruling the peasants, you may want to wait until the game hits the bargain bin. Alternatively you could pick up the technically superior Xbox 360 version and spend a little extra to get the downloadable content. 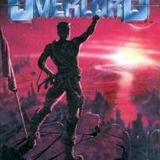 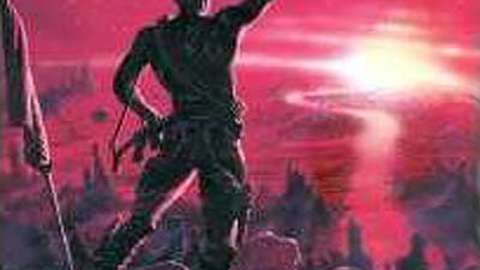 Adventure gaming in a twisted fantasy world where players have the choice to be evil... or really evil.