This demon-controlling adventure lets you do more fun things with your evil minions, but Overlord II hasn't shaken all of the issues that held back the first game.

The impish minions of the Overlord universe haven't been idle in the two years that have passed since the first game and have emerged with a host of new tricks in Overlord II. The evil little scamps have used the time off to learn how to operate machinery, wear disguises, sail the open seas, ride mounts, and get possessed by their evil master, as well as develop an uncanny talent for attacking baby seals. These additions make Overlord II a more varied experience than the first game, and while some of the issues that hampered the original have been addressed, they haven't exactly been fixed. Overlord II retains the gleeful maliciousness of the series; thus, it's still great fun to have a small army of nasty little blighters at your disposal to wreak havoc. But because the in-game camera is still shaky, the targeting spotty, and the minions apt to do some very dumb things, you can expect quite a bit of frustration to go along with your enjoyment.

Though the minions have evolved and you're playing as a brand new overlord this time around, the title character remains as mute and inscrutable as in the original. The game is set dozens of years after the first game, so you'll have to start your evil dominion from scratch, with the new enemy being the Roman-like Glorious Empire. The tone of the game is satirical, sharp, and more than a little silly--the elves here are portrayed as hippie environmentalists, the Empire nobles are obese snobs, and the fairies are ridiculously overendowed. Meanwhile, the soldiers act like they stepped straight out of an Asterix comic. It's all harmless fun, and while you will get to kill your fair share of cute animals, your silent, mainly charmless overlord won't really get to do anything too nasty.

Because the main character is so impassive, it's once again up to the minions to carry the charm quotient of the game. The minions are a cackling, gleeful lot of destructive slobs who are endearing in their dedication to their master, and it's a joy to watch them attack enemies, harass innocents, and act like general nuisances. You'll be well into the game before you find all four types of minions--the melee-focused browns, the flame-throwing reds, the sneak-attacking greens, and the magic-heavy blues--but when you do, you'll have a formidable miniarmy at your disposal. As overlord, you need this support because--despite your intimidating Sauron-like garb--you're no match solo for more than a few enemies at any one time. All of the heavy lifting will be done by your minions, and while you'll be able to get away with sheer force of numbers in many encounters, the toughest battles in Overlord II will require you to think hard about your minion mix and how you deploy them on the battlefield.

Initially, it can be a little intimidating to deploy your minions, and you'll need to be fairly dexterous when manipulating the controller. It's nothing a little practice won't overcome, however, and you'll soon be sweeping units across the landscape, separating your minions into their respective color groups to take advantage of their unique strengths (and shield their weaknesses), and making them hold strategic checkpoints with ease. For the most part, your minions are dependable creatures who'll find the best path to take or attack the most present danger. They can, however, still be quite dumb, which means a certain amount of micromanagement from their overlord is in order. Minions will often stop to pick up booty when there are still plenty of dangerous enemies attacking, and some are prone to aquatic suicide by trying to pick up objects close to water.

Despite their occasional brain lapses, this time around, your minions are a much more talented bunch and their most important new trait is the ability to ride different mounts. Three of the four minion types have their own specific beastie they can ride, allowing them to vastly increase their effectiveness and speed. It's satisfying to see your reds do damaging rolling-strafing runs atop their fire lizards. And breaking through a heavily shielded phalanx becomes a breeze when your browns are mounted on their wolves. Opportunities to ride don't occur too often in the game, but when they do, it's a welcome change from Overlord II's usual gameplay.

In fact, variety is one of Overlord II's most redeeming factors. At certain points in the game, the overlord will be able to directly possess an underling, giving you the chance to play from a minion's point of view. These are some of the best sequences in the game, with one highlight being a stealth mission through a heavily guarded Empire fort using your newly found greens (sort of like Metal Gear Overlord). You'll also get to control some hefty weaponry in the form of catapults and arrow turrets, as well as take on enemy ships with your own minion-rowed vessel. In some ridiculous but quite funny missions, you'll be able to disguise your minions to gain entry into heavily guarded areas. Individually, these specific events don't occur that often, but collectively, these welcome additions mean you shouldn't get stuck with doing the same thing over and over again during Overlord II's lengthy single-player campaign.

It's a pity, then, that some of the other additions don't work as well as your minion's new abilities. While the original Overlord suffered from not allowing players direct camera control, the sequel does allow you to manually move the view. But strangely, it assigns this to the right stick on the controller, which means the poor stick has to do two important jobs--move the camera and sweep the minions. It gets them mixed up too often, and you'll find yourself inadvertently moving your minions when you wanted to shift your view, and vice versa. This wouldn't such a drawback if the camera tracked the action well on its own, but that's sadly not the case. It often becomes a challenge to get a good view, particularly in tight, corridor-like areas, of which there are plenty in the game.

The game's auto-targeting is similarly unstable--you'll need to press the left trigger button to target and the R stick to switch between, but it will often target the wrong person or object. In crowded situations, it will often target fleeing civilians or large objects, completely ignoring the heavily armed opponent standing right in front of you. Even the addition of a minimap--something the first version of Overlord lacked--is a hit-or-miss affair. The minimap only shows one view, and it's a fairly close-up view of your surrounds. So while it does have markers to show your next objective or checkpoint, it's still quite difficult to know which way to go given the many twisting paths that are common in Overlord's levels. In the first game, it was easy to get lost: In this one, it's a little harder, but you'll still find plenty of instances where you won't be sure exactly where you need to be or what you need to do. These drawbacks mar what would have otherwise been a strong game, and the time you'll have fun wreaking havoc with your minions (when everything does work) edges out the time you'll probably be gritting your teeth in frustration.

And there'll be plenty of fun and frustration because Overlord II has a lengthy single-player campaign that will span more than 20 hours (including most of the side quests). The game also has two-player competitive and cooperative modes, which you can take both offline and online, although these aren't as deep and fully featured as many modern multiplayer offerings. There are only four modes in total, with each of the modes being played on its own individual map. The most fun is the cooperative Arena, which sees you and a fellow Overlord taking on wave after wave of enemies. Offline, you can play these modes in split-screen. Online matches were a little tough to find on both the 360 and PS3 versions, but what matches we did play ran mostly smoothly, with only occasional lag.

Even though it's been only two years since the first game, Overlord II is significantly better looking than the original. Environments are much more detailed this time around, and you'll find yourself in a variety of locations that include snowy passes, tropical jungles, green hills, and even the overlord's gigantic stalactite-like underground tower. The stars of the show--the minions--also look better, with their wiry, crooked frames and gaping smiles, which are strangely endearing in their repulsiveness. They're also voiced with gusto, adding even more twisted charm. In fact, most of the voice work in Overlord II is top-notch, with the often over-the-top readings fitting in well with the exaggerated universe of the game. The bad news is there are not enough audio snippets, which means you'll hear the same lines spoken time and again. It's funny to hear your minions adoringly squeal as they offer their ill-gotten treasure to you, but it gets grating after a little while.

Despite its annoying foibles, the entire Overlord II package adds up to a fun game that is hampered by some real issues (in the same way that the game's sound is, for the most part, solid). If you can get past the wonky camera and are content to micromanage your minions, as well as the targeting system, then Overlord II is an ideal way to spend some of your spare time if you want to be a little evil. After all, you'd probably get arrested if you try to club a baby seal in real life. 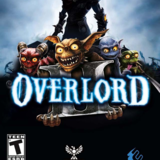