Riding in cars with dogs.

Every victory in Overland, no matter how small, is won by the skin of your teeth. That's a feeling any good turn-based tactical strategy game gives you, of course. But Overland's pared-down options, compact maps, and fast-rising stakes mean that nearly every decision--the car you drive, the company you keep, where you move, what you carry--feels vital and could potentially have major ramifications.

A mysterious and omnipresent race of creatures (I think) has ravaged the USA, and for the characters under your care, road-tripping from the East Coast to the West Coast seems to be the best course of action. The journey across Middle America is a beautiful but difficult one, filled with life-or-death obstacles right from the get-go, and Overland's roguelike structure means you will see dozens, if not hundreds, of ordinary people (and dogs, all of them good) perish in fraught situations. But the high risk makes its small victories, like finding a cool item or escaping an area unharmed, feel all the more rewarding, more motivating. Overland is filled with bite-sized doses of relief that feed you with the encouragement you need to continue helping these poor folk on the off chance that maybe this time, you might make it all the way.

The post-apocalyptic survivors of Overland don't possess the combat expertise of XCOM or Fire Emblem soldiers. The randomly-generated personality traits for characters are simple in nature, but make them feel more grounded and sympathetic than your typical strategy soldier, perhaps emboldening them as a good yeller, or informing you that someone “really misses their family.” Attacking and killing the unnerving and aggressive rock-like creatures that stalk you in each area you traverse is an option (if you happen to be carrying a makeshift weapon, at least), but clearing the playfield of hostiles isn't really the objective here. In fact, the noise that you make in attacking the creatures only attracts more, and in the game's densely packed maps, consisting of a 9x9 grid filled with buildings and solid obstacles, it will quickly create a scenario that is impossible to escape.

Overland is instead a game that centers around your roadtrip vehicle. The vehicle you drive is your lifeline, and as you move from area to area on your trip west, your main priority is to keep that four-wheeled machine fueled and in good shape. You start with a simple hatchback but will eventually stumble across different models, and your type of vehicle will inform your strategy--vans let you transport more survivors than your standard car should you encounter them and pickup trucks provide plenty of storage for items but sacrifice seating. SUVs are a late-game godsend that marry the best of both worlds. Escaping an area on foot is possible, but as you'd expect, it's impossible to make any cross-country progress--your characters will be funneled into an area with a beat-up car to try and salvage in order to move forward.

Keeping your engine running is the game's central challenge, and it's a demanding one. You need to scavenge new areas for fuel canisters, perhaps finding them in dumpsters or slowly siphoning gas from abandoned cars, and you might find some useful tools and items to assist you along the way. But where Overland creates its challenge, and in turn, its compelling high-risk decision making, is in the strict limitations it puts on what you're actually able to achieve.

Restrictions characterise every aspect of the game: Your characters can only take two actions per turn and two hits before dying, and getting injured reduces your actions per turn to one; your vehicle can only take two hits before exploding, and its movement is limited to the two-lane road down the middle of the map, which will often be littered with junk; each character can only hold one item, meaning scavenging is an onerous task that potentially means giving up the ability for a character to defend themselves, and the compact maps mean you're always one square away from either narrowly slipping by or getting skewered by a creature. The lack of choice and options available to you in the overall moment-to-moment makes the ones that are there feel intimidatingly important--one misstep can cause serious havoc.

There are items and character traits that can help push these boundaries. For example, your lone starter character will always be equipped with a backpack to carry an extra item, some traits will let survivors perform specific actions for free, and most (but not all) dogs have an inherent attack option. But it's rare for you to feel like you have a complete handle on the situation in Overland, and even then, it'll definitely be short-lived. The margin between success and failure is very fine, and constantly having to fly by the seat of your pants and improvise is a heart-pounding feeling--an undo function is available but has limits and conditions, and the game saves after the end of each turn.

All of these factors help guarantee that every new run of Overland you play will be filled with memorable narratives born out of the natural flow of the game. One time, I was eking through a road blockage by having two characters clear debris as a third slowly snaked the car through a narrow passage, all while dozens of creatures bore down on us. A larger creature shoved debris between the clearing crew and the car, leaving me no choice but to escape on foot and leave the driver behind to a grizzly fate. In another situation, my crew of three stumbled across a brand-new, well-equipped pickup truck. But it could only seat two people, and after some consideration, I purposely drove away with my two stronger ones, abandoning the weakest member of the group. Later on in the run, that person would come back to try and get revenge.

In one of my favourite scenarios, one of my human characters was cornered, unarmed, by a creature while scavenging. In a moment of desperation, I commanded her two other companions, both dogs, to race to the car, grab a wooden pallet from the trunk, and work to pass it to her relay-style so she could block the hit she was about to take. Overland is filled with these kinds of thrilling, dire scenarios where you need to improvise an immediate solution or resolve to just drop everything and get the hell out of there.

There is a caveat to a game with so many difficult decisions, however: The risk of getting yourself stuck in a bad situation with no obvious way out and a feeling of merely perpetuating your eventual demise. You'll likely have many forlorn campaigns in Overland, especially when starting out, where the difficulty and hopelessness can feel overwhelming. Perhaps you're constantly driving on fumes and finding it's too difficult to obtain fuel from any of the areas presented to you, or perhaps your survivors are all injured and movement-restricted, making it feel impossible to achieve anything meaningful. Overland does present you opportunities to crawl back from these hopeless brinks--believe me, it's possible. But it can sometimes feel like the procedurally generated aspects of the game are stacked against you--especially when you have a crew equipped with debuffs like "Bad Driver" and "Clumsy,"’ guzzling up gas at an increased rate and making a racket with every action they take.

But Overland's brutal, minimalist design is tough to stay away from. The bite-sized victories you narrowly eke out with each new area are incredibly moreish, and the game feels very well-suited to portable play on both Nintendo Switch and on iPhone through Apple Arcade. The game's clean, stylish art direction and somber, eerie soundtrack help to build the intriguing sense of mystery, too--whatever is happening in this post-apocalypse is likely much bigger than you or your survivors will ever have the chance to fully understand.

All that matters is getting your survivors to the West Coast and making it through seven different biomes filled with an increasingly distressing variety of threats and hardships with whatever tools you can scrounge together. Overland perfectly captures a feeling of being helpless, of only just getting by, and of being afraid to venture too far away from your car into the pitch-black dark of night. Every movement you commit, every action you command, and every item or character you sacrifice for another will be an apprehensive decision. But taking each of those tough steps makes you even more grateful to hear the soft chime of your car's open-door alarm when you make it back, and the rev of the motor when you escape down the highway, relieved to leave another pack of abnormal creatures behind. 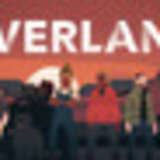 Edmond played lots of Overland during its lengthy First Access phase and dedicated about 12 hours to playing the full release version on PC. Additional testing was performed on Nintendo Switch, but his preferred portable version is the iOS one. Code was provided by the developer.