While it may not offer the sophistication of other racing games on the market, OutRun2 has an old-school sensibility that makes it both appealing and addictive.

When the original OutRun was released in 1986, it became an instant classic to racing fans. The cherry-red convertible Ferrari with the female passenger gave OutRun a distinctive look, which is almost iconic in its recognizability today. With the release of OutRun2 on the Xbox, Sega has effectively recaptured the magic of the original game. While it may not offer the sophistication of other racing games on the market, OutRun2 has an old-school sensibility that makes it both appealing and addictive. A wealth of content and an online mode add to the game's great value as well.

First and foremost, OutRun2 looks and sounds great. The cars are accurately modeled, down to the placement of each wing, spoiler, and body scoop. You'll see your tires smoke as you drift around corners, and your car kicks up grass and dirt if you veer off the road. Each of the game's stages is fun to look at and drive through, and they offer a ton of variety. Tracks include an Egyptian desert complete with pyramids, a majestic European castle, and a Parisian street stage that ends at the foot of the Arc de Triomphe. Most importantly, OutRun2's frame rate holds up well, even with a lot of traffic onscreen. With all of these objects whizzing by you, the game delivers a pretty good sense of speed. OutRun2's sound effects are also pretty good all around, whether you're listening to the different car engines rumbling or tires squealing on a powerslide. The game's whimsical pop music soundtrack fits the game's carefree theme well, and fans of the first OutRun will recognize remixed versions of the original songs.

The most notable aspect of OutRun 2's gameplay is its simple interface. In most racing modes, you need only worry about the basics of driving: steering, accelerating, and braking. Those who wish to use manual transmission have just two additional functions to worry about--upshifting and downshifting. But the simplicity here belies the depth of racing skill you'll need to employ on the game's numerous courses, all of which are cleverly designed for racing in both directions. It's possible to put your car into a powerslide around each corner. But knowing when it's truly correct to do so instead of keeping your traction to find the best line around a bend is central to the game's challenge. You'll feel strangely compelled to race over and over again to find ideal paths through OutRun2's tracks. Thankfully, the game's brief loading times make this repetition a relatively painless process and it helps contribute to the game's addictive nature.

It's worth noting that while you can crash in OutRun2, none of the Ferraris will take visible damage. It doesn't matter if you grind the wall, spin out, or even get your car airborne and then flip it--you'll always end up on the correct side so you'll be ready to roll. Crashing still slows you down greatly of course, so it's best to stay on the road and avoid bumping other vehicles or the walls.

There are 12 different fully licensed Ferraris in OutRun2, although you begin the game with only four of them unlocked. The cars in the game hail from several different time periods, and include true exotics like the F40, F50, and Enzo, to classics like the Testarossa and 328 GTS. Every car has unique characteristics with respect to acceleration, handling, and top speed, but in practice there doesn't seem to be a dramatic amount of difference between all the cars. And while the original OutRun featured a cherry-red Ferrari, you'll be able to change the color of each of the cars in OutRun 2. Shades run from standard black, white, red, and silver to racing yellow, blue, and forest green.

There are three basic game types in OutRun2: Arcade, Challenge, and Xbox Live. Under Arcade, there are three modes, one of which is outrun mode, a throwback to the style of the original OutRun. You begin on the Palm Beach track and race down a series of branching pathways to different tracks until you've raced through five stages in all. If you finish a stage before the clock runs down, you'll receive a time bonus to get you through the next. Heart attack mode requires you to still drive down the branching pathway, but you must follow directions from your female passenger as you race. She'll ask you to do various things such as drift, pass traffic, or drive through colored zones on the road in order to earn hearts. You'll be graded not just on your time, but also on how well you follow the special directions. Time attack is a simple beat-the-clock mode.

The mission mode under the Challenge game type is where the meat of the content in OutRun2 lies. There are 101 different missions in mission mode, and they are separated out into 15 stages. These missions range from simple races against CPU-controlled opponents to truly unusual challenges. Cone runner requires you to run over blue-colored cones on a track to earn hearts while avoiding yellow-colored cones. There's a math mode, which is where you'll pass a series of positive and negative numbers--you'll need to add these up in your head as you race and then drive through the correctly numbered gate at the end of each stage. A similar game type has you memorizing a series of fruit icons as you drive, and then passing through labeled fruit gates in the correct order. The Challenge missions are a fun and imaginative change of pace from standard racing, and as you complete the missions you'll unlock special cards, and more importantly, new tracks, cars, and music tracks. You can even unlock the original OutRun game.

Aside from the outrun mission, there's a party mode in which you and three additional friends can take turns partaking in a series of challenge missions. The goal is to outdo one another in each of the special challenges. While the party mode is a nice addition, it's not a great substitute for a split-screen racing mode, which is missing in OutRun2. At least the developers were able to include a system link mode, so it is possible to set up true multiplayer racing offline.

For those who do have Xbox Live, OutRun2 is pretty fun to play online. You can easily set up a race for up to eight players, and the interface even allows you to set aside a certain number of slots for friends. The game creator can also set the route, restrict the race to certain cars, and enable or disable catch-up AI. After each race, all players are dumped back to the same prerace lobby, so you can quickly and easily set up another race with the same players. In-game, the racing is fast-paced, fun, and works well for the most part. You'll experience some noticeable teleporting, particularly when the cars bunch up close to one another. But overall, the effect on the gameplay isn't that severe, and it doesn't detract from what is an enjoyable online racing experience.

Aside from racing other players, OutRun2's online mode includes worldwide leaderboards for each of the game tracks, complete with player ghosts. The leaderboards let you easily download a ghost that corresponds to each high score and then you can race against it in order to get your own name and ghost onto the leaderboard. Sega has also thoughtfully included a way to vote on each score. If you play against a ghost that seems to take advantage of a track exploit, it's very easy to report it.

Overall, OutRun2 sets itself apart as an excellent arcade-style racing game. The only major caveat is that the game lacks a split-screen mode for offline racing, so if that's an important feature for you to have, you'll need to look elsewhere. Otherwise, OutRun2's attractive visuals, tight controls, abundance of content, and well-implemented online mode make it easy to recommend to racing fans, and especially to fans of the original OutRun. 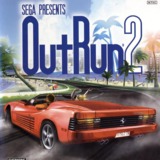 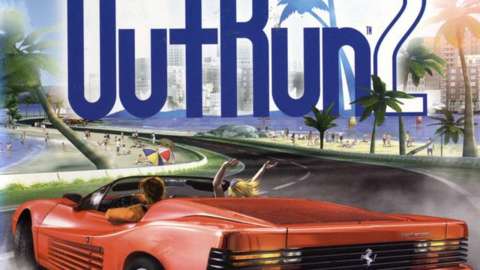 While it may not offer the sophistication of other racing games on the market, OutRun2 has an old-school sensibility that makes it both appealing and addictive.