While it may appeal to nostalgic Starcraft fans, there isn't anything in Outlive that isn't done much better in any number of recent games.

Real-time strategy gaming changed forever with the release of Blizzard's Starcraft back in early 1998. For some reason, though, the genre never experienced a flood of Starcraft clones comparable to the earlier proliferation of Command & Conquer copycats. Although three years have passed, Outlive clearly is still heavily indebted to Blizzard's unforgettable classic.

Outlive is a science-fiction-themed real-time strategy game that carries the indelible mark of Starcraft. In fact, from the moment you're presented with the 640x480 default graphics and the game's perspective (which is virtually identical to that of Starcraft) to the first time you hear the unit acknowledgements, it's like a flashback to 1998. The two games are similar in overall looks, and some of the unit graphics directly resemble their Starcraft counterparts. For instance, the memorable firebat unit voice-over from Blizzard's game has a close counterpart in Outlive's functionally similar flamethrower unit. There are even special hero units with signature voice acknowledgements. It's as though the Outlive designers had set out to design a Starcraft tribute game.

Unfortunately, Outlive lacks the very elements that made Starcraft so exceptional. Instead of the three distinct yet balanced races in Blizzard's game, there are two similar but uninspired sides in Outlive: the humans and the robots. Starcraft's three successive campaigns that took you through each side in turn and told a compelling story both through cutscenes and in-game events have given way to a stale, sterile plot about the threat of the extinction of humanity and the competing attempts to ensure its survival through either genetic engineering or robotics. Mission briefings are presented with scrolling text and voice-overs, which make the game seem rather hollow. Some real-time strategy games like Total Annihilation succeeded in spite of thin storylines through excellence in gameplay, but that's not the case with Outlive.

The design of Outlive follows the tried-and-true harvest-build-conquer model. You need power to run your base's buildings, and credits (obtained by refining ore) are necessary to buy or build units and structures. Some of the details include wind-powered power plants (akin to those in Total Annihilation), which can generate more power when placed at higher elevations, and the rate of resource recovery can be increased through researching improvements. Units can obtain better armor, weapons, or special abilities through research as well, but none of these concepts seem cohesive: It's as if the developer tacked a bunch of ideas onto a Starcraft framework instead of really attempting to produce an original game. Even the market structure, which lets you buy units directly and adjust prices based on the demand created by previous purchases, seems like a gimmick.

This manifests itself in the gameplay as well, which seems very much like Starcraft. Units move and attack like those in Starcraft, and large battles degenerate into masses of units shooting at each other without your being able to distinguish what is going on. Tactics definitely take a backseat to mouse clicking. It's true that there are some tactical elements to consider, such as which ground units can fire at flying units, but controlling large armies in combat is almost impossible. It's possible to give units some advanced instructions and set parameters for when units should disengage, but tactical finesse is not what's required to win.

That's not to say that the missions are easy. Some of them are quite difficult, although not because of any especially clever artificial intelligence displayed by the computer opponent. Instead, the computer relies on masses of units, and in some cases these can be very difficult to fight through, even on the normal difficulty setting (there is also an easy setting and a hard setting). Otherwise, for its skirmish mode, the game offers a variety of maps, which are similar to those used in the campaign missions. Outlive's multiplayer mode allows for up to 16 players and supports cooperative play. Optional modes such as deathmatch, free for all, and capture the flag are supported. There is even a cooperative mode for the campaign, which two players can play together. Unfortunately these extra features don't begin to address the inherent problems in the game.

Had Outlive been released at the same time as Starcraft, it would have compared unfavorably with Blizzard's classic. Three years later, it's a reminder of how much the earlier game advanced the real-time strategy genre. While Outlive may appeal to nostalgic Starcraft fans, there isn't anything in Outlive that isn't done much better in any number of recent games. The real-time strategy genre currently has many excellent games available to satisfy a lot of specific kinds of preferences. With so many games to choose from, it makes little sense to revisit three-year-old concepts. 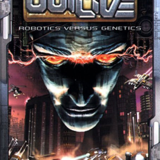 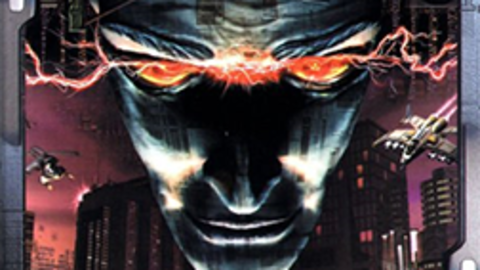 While it may appeal to nostalgic Starcraft fans, there isn't anything in Outlive that isn't done much better in any number of recent games.