Outlast is a weapons-free survival horror adventure that elicits frequent bouts of dread.

Outlast reminds us that we don't necessarily need ghouls and spooks for a good fright; the real world does well enough on its own. Indeed, Red Barrels' new nail-biter may borrow liberally from 2011's acclaimed survival horror adventure Amnesia: The Dark Descent, but it distinguishes itself by tossing aside Lovecraftian dread in favor of the comparatively mundane happenings at a mental institution nestled near Colorado's Mount Massive Wilderness area. Outlast's very name seems to challenge you to outlast your friends' records for playing it alone in the dark, and indeed, you'll be frequently driven to turn the lights on and calm your fears. However, the eventual predictability of its frights and its overreliance on the same types of enemies drain a modicum of the opening hours' terror by the end.

It certainly gets the opening right. Outlast is the tale of Miles Upshur, an investigative journalist intent on snooping through the Mount Massive Asylum to dig up some dirt on a sketchy psychiatric organization. Mere seconds inside a window, he realizes he probably made a bad choice. The terror of Upshur's journey is emphasized by his lack of weapons, and his sole means of dealing with the horrors that befall him lies in his ability to run and--very rarely--a button prompt that lets him break free of attackers. When he shoots, it's only with his digital camcorder, which doubles as a night vision device with battery usage so dismal that it would probably get pulled from Amazon.

When it comes to eliciting tension, however, the camera's ever-dwindling energy supply is a good thing. As a consequence, Upshur spends much of the game darting from sewers to theaters to laboratories in utter blackness, and the fast-draining batteries initially help to maintain the kinds of chills developer Red Barrels desires. Too bad, then, that batteries are so common a few hours in that you can maintain a full pack of 10 with little effort.

Even so, Outlast's reliance on the camcorder helps deliver an experience strongly suggestive of 1999's Blair Witch Project, down to the sight of patients contemplating corners in the night vision's green glow while Upshur whimpers and heaves. Outlast never forgets that it's as invested in survival as much as horror. With attacks out of the question, Upshur instead spends the bulk of his time hiding in lockers and under beds, and some of Outlast's most deliciously tense moments spring from watching your would-be attackers through metal slats. Like the characters of Blair Witch, Upshur never loses sight of his mission; he takes time to collect documents pertaining to creepy Nazi doctors and patients to ensure his trip was worth the effort. Outlast even seasons the overall experience with several puzzles requiring jogs and light platforming between two objectives.

A mental hospital might be a predictable--even cliche--setting for this type of story, but it also affords Outlast the chance to mix folks who just want to be left in peace with the psychotic types. The upshot of the setup is that you never know which you're going to encounter, and therein lies much of Outlast's potential for terror. Early on, for instance, you're forced to amble straight past a trio of scarred patients who pay you little mind; later on, a loitering patient with a club might let you pass unharmed but decide to clobber you once you pass by again. An unfortunate consequence of this design is that a madman you meet six hours in doesn't differ greatly from the first few you see, although the ever-present danger of dying from a couple of nasty blows helps maintain a sense of wariness with each encounter.

Wariness is the key word here, not fear. By the third of Outlast's roughly seven hours of play, the standard inmates cease to spark much in the way of real surprises, even if the mere threat of them continues to make you jump at most unexplained sounds. The ones who haven't been disfigured by experiments could usually pass for twins of one another, and it's made worse by an absence of female patients even though Upshur takes a long sojourn through Mount Massive's so-called Women's Ward.

A few standout moments assert themselves amid the rabble, and it's a pity there aren't more. In one of Outlast's high points, for instance, you hunt down a key while playing a frantic game of cat and mouse with a doctor who mixes bloodthirsty savagery with a voice that could have belonged to Fred Rogers. It's a fantastic scripted sequence, and every patient you encounter afterward seems as unmemorable as a Left 4 Dead zombie by comparison. That's especially true of the lumbering, chained monstrosity who shatters doors and hunts you throughout the plot. However frightening his appearance may be at first, his repeated appearances eventually grow predictable.

But even when you've grown used to him and his less pumped companions, Outlast manages to sustain some of the early tension through its commendable sound design. Upshur's horse-like clomps on the carpet seem a little excessive for a man attempting to sneak, but the way his heart beats with greater intensity upon the approach of a hostile party is a fine replacement for Outlast's near total absence of a UI. Outlast is also a visual treat at times, even if its focus favors the landscape over the character models. Step into a pool of water in the sewer, for instance, and you see how each step triggers ripples on the water's surface. Track through a pool of blood, and you may startle a bit at the sight of bloody footprints before realizing they're your own.

Outlast is at its best when it clings to the focus on realism that sets it apart from Amnesia, and thus it loses its way when it dabbles in the supernatural as the plot nears its climax. To be sure, once you build a tolerance to the horrors after slinking past scores of tortured souls, the sight of something other than humans comes almost as a relief. Unfortunately, that tolerance also affects Outlast's dependence on so-called "jump scares," such as seemingly dead bodies that leap up and attack or the sight of patients' faces popping up but inches from your own after you emerge from a crawlspace. In time, you may even find yourself correctly guessing where the next scare will appear. Even the longish checkpoints for key sequences rob Outlast of some of its chills: after failing an attempt twice, for instance, all fear of losing your skin tends to vanish before the relatively mundane pressure of timing your movements correctly.

That shouldn't prevent you from playing Outlast, though, especially if you're the sort who likes to sit in dark rooms with these kinds of games and scare yourself in solitude. Most of the time, particularly early on when its quirks are fresh and unknown, it delivers. Even its weakest moments owe their existence not to ineffective ambiance and tension, but rather to excessive confidence spurred by eventual predictable encounters that clash with the promise of the setting. From start to finish, it never loses sight of the "survival" component of survival horror, and in such a way that reminds us that few things on this earth can be as terrifying as our fellow human beings.

View Comments (261)
Back To Top
7
Good
About GameSpot Reviews 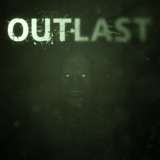 Leif Johnson is a prolific freelancer from Chicago who confuses people by speaking with an East Texas accent. Somehow a childhood of herding cattle and raising emus prepared him for researching medieval texts for several years, but these days he fills his free time by smashing bad guys with big swords. In RPGs, of course.