Omerta: City of Gangsters' mix of mob management and turn-based strategy fails to capture the dangerous excitement of its subject matter.

Part management sim, part turn-based strategy game, Omerta: City of Gangsters attempts to offer the illicit thrill of building a nefarious empire from scratch. Sadly, some inexplicable design decisions and poor execution undermine its potential, while its glacial pace makes sleeping with the fishes sound like an extreme sport.

It all starts promisingly enough. Choosing an avatar from a handful of rakishly handsome rogues, you set about establishing the backstory for your character and thus determining his stats. Load points into your character's muscle statistic, and he can move farther and hit harder with melee weapons. Opt for higher smarts, and he acts more often during the turn-based combat, while an impressive guts stat makes him less likely to panic if his buddies start biting the dust. Unfortunately, all of the stats are tied to combat performance, and as you soon learn, combat is so dull that you actively avoid it where possible.

After creating the persona of your would-be crime lord, you're introduced to the management mechanics with which you take over Atlantic City, one block at a time. On the face of it, this element of Omerta has intriguing possibilities: you squeeze the locals for information, recruit new goons, set up establishments to generate dirty cash and clean money, and choose whether to run established business owners out of town or persuade them to operate under your auspices. Unfortunately, it sounds better on paper than it is in practice. Many of Omerta's failings in this area of the game come down to a lack of space and competition, a severely restricted set of goals, and most crucially, the disposable nature of each level.

It's this last fault that does the most damage to Omerta's coherence and leaves you feeling disconnected and dissatisfied. For every region of the city that you move into, you're charged with fulfilling a goal, such as clearing out an area for a local mob boss or setting up a gambling racket and laundering the resulting profits to earn a certain amount of clean money. These goals often require the acquisition of various types of premises, the investment of money, and a great deal of idle time as you wait for things to tick over.

There's a hint of freedom in the type of infrastructure you choose to invest in and the businesses you establish while in any given area. However, after achieving a level's goal, you're immediately moved to a new map, leaving behind your carefully tailored locale, never to return again. In this way, each level is played in isolation, and the illusion of building an empire is shattered because you're constantly starting from scratch. Over time, this results in a rush to the end in the most direct way possible. There's little reason to experiment with the various ways that the locals can be made to love or loathe you through your choice of approach. When everything is disposable, you simply stop caring.

Somewhere in the course of living out a mafioso's Groundhog Day, rebuilding the same joints and bribing the police after your illegal activities attract too much heat, you're going to have to get your hands dirty. Combat in Omerta: City of Gangsters is brimming with promise. You handpick a team of reprobates, each with his own perks, specialties, and predilection for either ranged or melee weapons, and send them into the XCOM-style arenas. Each goon has a number of movement points and action points you can spend each turn, and there's clearly marked cover to use, a transparent turn order to facilitate strategy, and a plethora of status effects to grasp and manipulate.

Incredibly, despite this potential (or perhaps because of it), Omerta's combat manages to disappoint on almost every level. For starters, the cover system makes very little sense. One side of an obstacle offers stat-altering cover, while the other doesn't. A pillar offers cover, whereas a whole wall does not. Melee combat causes more status effects, and often does more damage, than gunfire. Worst of all, whether you're roughing up the local small-time crooks, pulling a bank heist, or busting your associates out of the slammer, there's no real risk involved.

While your enemies die in a hail of bullets and a splatter of crimson, your own posse is immortal. Your teammates are only knocked unconscious and then revived at the end of combat with a minor, time-limited status effect. Unsurprisingly, where there's no risk, there's little sense of reward. This is further exacerbated by the fact that all of your characters level up at set points in the game, regardless of their individual performances in combat or whether they participated in combat at all. The most damning indictment of the combat is that it's more satisfying to auto-resolve combat than to engage, facing the enemy only when the flimsy story forces you to.

There are multiplayer and sandbox modes, but their limited scope makes them wholly disposable. While on the surface the sandbox mode appears to alleviate the problem of short levels, it fails to offer any real goals or competition for your efforts. This leaves you to amass a huge amount of money and then pay off the police that halfheartedly investigate your burgeoning criminal activities. Multiplayer is even sparser and does away with the management elements of the game entirely, leaving only the less-than-thrilling combat. With just four game modes (two co-op, two competitive) played over four maps, the level and character assets are interminably reused and recycled, and the limited number of goals quickly wears thin. On a positive note, the bouts move at a reasonable pace thanks to a well-pitched turn time for all players.

While many of Omerta: City of Gangsters' constituent parts are disappointing, there is some enjoyment to be had after you push through the sluggish first 10 hours of the game. Even then, the core principles remain frustratingly underdeveloped, but at least the later levels require the fulfillment of multipart goals. This has the effect of granting you more time to tend to your infrastructure and settle down into each level. Sadly, by that point in the game, its underlying disposable nature has drilled into you the futility of doing anything other than reaching the goal as quickly as possible and moving on to the next level.

In the opening voice-over of Omerta: City of Gangsters, your fresh-off-the-boat two-bit protagonist muses that "success is never about hard work." Unfortunately, Omerta feels like nothing but work, and dull, repetitive work at that. It's certainly not a success, but a soulless, bland, incoherent experience that frequently frustrates with its inability to capitalise on a handful of good ideas. 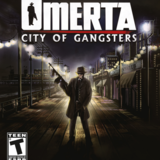 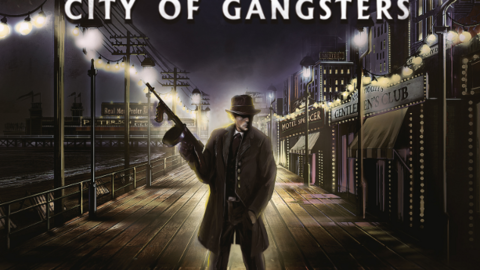 Omerta - City of Gangsters is a simulation game with tactical turn-based combat where players take the role of a fresh-from-the-boat immigrant with dreams of the big life who must work his way up the criminal hierachy of 1920's Atlantic City.