Like all great short stories, Olija manages to do more with less. Its characters are roughly drawn and very pixelated, but they build strong bonds that resonate and create real stakes. The caves, ruins, and dark corners of the world exude an ominous, foreboding mood that permeates every turn. And the action, a mix of quick-moving combat and light puzzle-platforming, steadily and consistently finds new ways to keep you on your toes. Olija takes exactly as much time as it needs to tell its story and show you everything in its bag of tricks.

Olija follows Faraday, a shipwrecked lord trapped on a hostile chain of islands called Terraphage. Facing all sorts of magic, dark oozing blobs, and people who want him dead, the lost lord seems doomed, but he quickly finds a weapon to turn his fortune: a legendary magic harpoon that he can throw and either teleport to its location or summon back to him. To get home and, optionally, save his crew, Faraday explores the islands of Terraphage, defeats a hidden evil, saves a queen--you know, hero stuff.

Though it boils down to a clichéd hero's quest at the most essential level, Olija teases a lot of narrative out of a small amount of exposition. Faraday has a small retinue of recurring companions and acquaintances he meets on his journey, including a ferryman who brings him from island to island and shipwrecked sailors of Oaktide, a floating shantytown. While Faraday is silent, his companions speak to him, and you can sense the bond that forms between them. Their spoken tone softens and they grow more familiar as Faraday integrates into their lives. Those connections anchor Faraday's journey with a human connection that resonates beyond the plot, and gives you a reason to see things through.

These details are doled out incrementally as you complete each level, moving the plot and the world forward with each step. Like Faraday himself, the story moves at the same pace as you do, without injecting unnecessary downtime. As Faraday's legend grows, Oaktide goes from a ruined raft to a thriving village with more villagers who have more things to say. Olija packs so much importance into its little details; from the way the Oaktide sailors dress to how the ferryman's tone of voice shifts, changes over time create the sense that this world and its people have substance, because they are capable of growth.

So much of that comes from Olija's extremely detailed visual style. Though reminiscent of early PC games at a glance--notably, the characters only have facial features in cutscenes--every character and environment has rich details, from hanging skeletons of shipwrecked sailors and dirty wooden cages to ornate architecture and shelves full of old books in varying degrees of disrepair. Likewise, there's incredible nuance to the game's animation, which brings the world to life. The silhouette of a man hunched over and weeping becomes a sympathetic portrait when you see how his shoulders shake. And, of course, the animation ensures that the combat looks and feels smooth every time Faraday's harpoon leaves his hand.

Faraday is the protagonist, but the harpoon is really the star of the game. It's a melee and long-distance weapon that grants you broad movement and combat powers. In a fight, you can quickly mash out a flurry of attacks at one enemy, then throw the spear at the next one, teleport to them, and knock them out. Throwing the spear across a room to an open space lets you dodge and avoid getting overwhelmed.

The combat is as precise as you want it to be. Zipping from enemy to enemy with the harpoon is precise and snappy. You also find a series of secondary weapons, including a sword and a crossbow, which give you a larger array of more powerful attack options. From very early on, you can clear a room full of enemies without getting touched if you're smart and careful. That said, you have more than health and firepower to bulldoze your way through most standard encounters. Your enemies don't employ much strategy when approaching you and are easily sent flying with a combo.

There are a couple of boss encounters that do push your teleporting and fighting skills, which show that the harpoon mechanics could support a more demanding (and satisfying) experience. One dungeon trades a boss encounter for a sequence where a horde of men chase you out of a cave, forcing you to use your harpoon creatively to avoid them while protecting yourself. Another fight, a duel against someone with similar abilities, forces you to think on your feet and use your full range of skills far more efficiently than any other encounter. While knocking enemies around wildly is satisfying in its own right, these highly challenging moments are the game's most compelling and original--though they also left me wishing the game would push me (and itself) to the fullest more often.

The harpoon doubles as the centerpiece of Olija's many puzzles. Terraphage is broken up into discrete, explorable areas, which segue into more linear dungeons. Both types of areas are chock-full of navigation puzzles, which range from simply throwing your harpoon off-screen to catch a hookable blob and find a hidden collectible to more complex puzzles that require you race through timed doors, power up machinery by transferring electricity through the harpoon, and make multiple spear throws quickly and accurately to cross long gaps. Like the combat, these puzzles aren't going to tie your brain in knots: A little trial and error will get you through any room, mandatory or optional. Still, Olija introduces new mechanics and applications for them right up until its final boss sequence. While never fully tested, your brain continues to be teased from start to finish. And fooling around with the harpoon turns each momentary detour into a little obstacle course, and the world into a playground.

Olija's best asset, truly, is its brevity. Its story is impeccably paced. Its mechanics never wear out from overuse. From start to finish, it finds new ways to gently goad you into using the harpoon in different ways, until it says its piece. I was taken with how emotionally resonant and mechanically pleasing it could be in such a short time. Succinct and satisfying is a rare combination, and it makes Olija a rare treat. 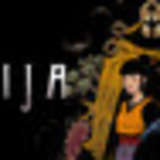 As a freelance critic, Mike Epstein sometimes feels adrift, lost at sea like Faraday. He was pensive and moody during the five hours he spent playing Olija, just like the game itself. Code for this review was provided by the publisher.