Dried blood cakes the catwalks of RuptureFarms, the biggest meat processing plant on Oddworld. Gangly, emaciated Mudokon slaves scrub the factory's floors with dirty rags. Sadistic, squid-faced slig guards let off steam by beating the workers with the butts of their rifles and laughing at their cries of pain, while overhead conveyer belts cart seemingly endless barrels of processed meat to destinations unknown. Despite the harrowing conditions, one blue-skinned Mudokon slave named Abe still thinks he has a pretty good job. But after stumbling upon RuptureFarms' plans for a tasty new product, Abe abandons his cleaning duties and sets out to escape the slaughterhouse.

So begins Oddworld: New 'n' Tasty, a remake of 1997's side-scrolling platformer Oddworld: Abe's Oddysee. But this remake doesn't simply scale up the original game's prerendered, 2D visuals to 1080p; it presents the same levels and puzzles, but rebuilt from the ground up in real-time 3D. This changes your window into Oddworld itself. While Abe's Oddysee divided its levels into still screens that used transition effects when travelling between them, New 'n' Tasty features a camera that scrolls with Abe as he walks, runs, and sneaks through Oddworld. Though this is nothing new for games today, it's still a thrill to see areas from Abe's Oddysee that would have required travelling across seven or so screens rendered in New 'n' Tasty with an impressive seamlessness. The camera is also free to close in for tight shots, tilt and pan for cinematic effect, and pull out to reveal more oncoming obstacles in tense chase sequences. This allows you to get a better look at the consistently gorgeous environmental design, which has lost none of the original game's style and detail in the move to 3D. For me, it felt like New 'n' Tasty presented a literal depiction of Oddworld as my mind's eye saw it in 1997.

Despite the brand new visuals, New 'n' Tasty takes great care to retain the core side-scrolling platforming that distinguished Abe's Oddysee 17 years ago, and still makes for a unique game today. Abe is a weakling, being extremely fragile and lacking in offensive capabilities. He is more concerned with surviving his enemies than destroying them, and does this by sneaking past them, outrunning them, or turning the environment on them when possible. Abe can hide in steam vents, lead gun-toting guards into land mines, zap them by activating electric fields, and occasionally possess a guard to temporarily make him turn his gun on his comrades.

Abe's enemies are always scarier and more powerful than he is, in ways that give each of Oddworld's creatures distinct behaviours and identities. Possessing a slig allows you to issue basic commands to Slogs--small dog-like creatures--even going so far as being able to order them to kill another slig. Spider-like paramites won't attack unless backed into a corner, whilst predatory scrabs will attack on sight unless they see another scrab, upon which the two will fight to the death. Exploiting these behaviours is the key to solving most puzzles, and the behaviours themselves mix well with environmental hazards in ways that never feel repetitive.

Once he makes it out of RuptureFarms, Abe discovers his quest isn't solely about self-preservation. He needs to acquire two mystical hand scars that contain the power to shut down the slaughterhouse. Along the way, he must free his enslaved Mudokon brothers by issuing them basic commands and leading them to portals. For all the traumatic ways Abe can die in this hostile world, there's a certain slapstick quality to the proceedings when you have three Mudokons in tow who are just as frail. They aren't the brightest of brethren, so you need to tell them to follow you, and occasionally wait, lest they walk straight into a land mine or electric field before you clear the way. The variety of voices in New 'n' Tasty, and actual lines of dialogue, have been greatly increased over the original, so the Mudokons feel less like carbon copies of one another. The addition of rag-doll physics in this remake pushes the dichotomy between the dark subject matter and comedic attempts to survive even further than the original game. I laughed, and felt a little bit bad about it.

Trying to survive as a fragile character like Abe was something of a novelty when Abe's Oddysee was first released; he died in one hit, but had unlimited lives. The same is true of New 'n' Tasty, but this remake adds three difficulty levels, the easier of which allows you to take more than one hit before dying. But even the hardest, "classic" difficulty level is still forgiving, thanks to the addition of a quicksave feature--something introduced in the original game's sequel, Oddworld: Abe's Exoddus. Quicksaving in New 'n' Tasty is accomplished by tapping the PlayStation 4 controller's touchpad, and quickloading is done by holding the touchpad down for a second. It's an easy, intuitive system, and if you keep it in mind it's unlikely you'll lose more than a second of progress upon what are sure to be many repeated deaths.

Unfortunately, many of those deaths are likely to occur because of the way New 'n' Tasty's control scheme differs from Abe's Oddysee's. The original game was released before the first DualShock controller, so you altered Abe's movement speed by holding down the shoulder buttons. This fine, digital control was important, as the game required precise timing of sprints and jumps to avoid landing on mines or falling down chasms. New 'n' Tasty changes this by putting two movement speeds on the left thumbstick; pushing it slightly makes Abe walk, while pushing it harder makes him run. This led to a number of situations where I had to adjust my position by a single step, but ended up running straight into a land mine. Thankfully, sneaking is still bound to a shoulder button, so it's rare that you'll accidentally wake up a guard and get shot due to this new analogue movement system.

Perhaps the oddest thing about this remake is the presence of in-game advertising. For a game that is staunchly anti-capitalism, as evidenced by the snarky critiques that appear on in-game billboards, it seems contradictory for those billboards to then scroll to reveal a poster for an upcoming PS4 game. More harmful is that those ads contain depictions of human characters, violating the otherwise consistently odd nature of the game's fauna. Though rarely seen, these ads still took me out of the experience in an awkward, fourth-wall-breaking fashion.

Despite the ads, and occasional frustrations from the fiddly analogue movement, this is a remake that feels as though it was crafted with love and respect. With clever puzzles near identical to the original game, and beautiful environments brought to life with new visuals and a dynamic camera, New 'n' Tasty satiated me, even though I'm an Oddworld veteran and know each solution and secret area like the back of my (scarred) hand.

View Comments (134)
Back To Top
8
Great
About GameSpot Reviews 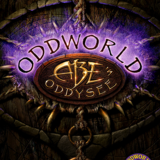 Daniel survived the Stockyards, persevered through the Paramonion Temple, and bested the Scrabanian Nests to complete Oddworld: New 'n' Tasty in six hours. He rescued 170 of the 300 captive Mudokons, netting himself the good ending. About 20 Mudokons "accidentally" perished. 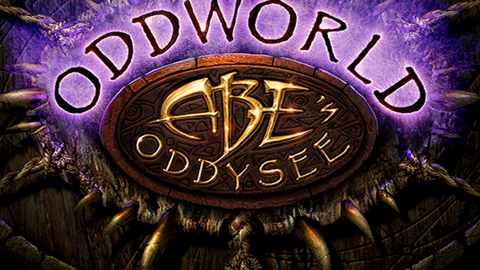