Abe's Exoddus is a worthy follow-up to the original and looks beautiful, controls nicely, is plenty difficult, and equally rewarding.

Gaze into the soulful eyes of the scrawny, mild-mannered hero of Abe's Exoddus and you'll know he's weathered some hard times. Of course, unless you played through his first game, you have no idea just how hard he's had it, and thus no idea what's in store for him the second time around. Conversely, Abe's veterans will have a pretty good sense of what's at stake. After all, the sequel to Abe's Oddysee closely follows the first game's challenging formula with a combination of hair-trigger side-scrolling action and puzzle-solving, though it throws in plenty of tough, new bad guys and situations. Like the first game, the result feels almost scientific in its demand for an ideal proportion of dexterity and mind power, even though (again like the first game) it's virtually guaranteed to frustrate for short stretches at a time. Abe's Exoddus, cleverly disguised as just a simple side-scroller, is a worthy follow-up to the original and looks beautiful, controls nicely, is plenty difficult, and equally rewarding.

At a glance, Abe's Exoddus appears identical to the first game, which means it looks fantastic - in both senses of the word. Abe's enemies are brilliantly conceived, and somehow manage to be both menacing and comical at the same time. His old foes are back, such as the mean-spirited machine gun toting Sligs and the spider-like Paramites, but new threats abound. The most dangerous of these include flying Sligs, with propellers for rear ends and a limitless supply of grenades, and the unassuming, amorphous Fleeches that can swallow Abe whole with the flick of a four-foot tongue. All of these, Abe himself included, are smoothly animated and very life-like. Unfortunately, they all appear a little too pixelated when set against the high-resolution backgrounds. The scenery itself is richly colored and detailed, occasionally even to a fault, as certain areas look too busy or too cluttered.

Still, if you're observant, you'll quickly get a good sense of how to get through any given area. Unfortunately, the same can't be said for Abe's fellow Mudokons, a race imprisoned by the wicked Glukkons and forced into hard labor in their nefarious brewery. Many of Abe's pals in Exoddus have been brutally blinded; you'll need to guide them to safety with your voice, by telling them to stop and go as necessary. Having to see for the blind is just one of many different puzzle elements in Abe's Exoddus, making parts of the game feel like Psygnosis' classic Lemmings. In fact, there's a lot of talking to be done throughout the game. You'll need to talk down angry or depressed Mudokons. Abe can mind-control just about anything, so long as one of those pesky head-zapping devices isn't around to keep him from trying. In an interesting if rather tasteless touch, he can even assume control of his own explosive flatulence, and he'll need to use this newfangled technique to detonate mines or other hazards from afar. Once you mind-control one, you can make a Slig open voice-recognition doors with the proper series of curses and chortles. And if you manage to get into the head of one of the square-shouldered, ill-tempered Glukkons, you can coerce any Sligs in the area to follow your every command.

At other times, he'll just need to run like hell. Situations like these present little or no room for error, and in consequence, you'll witness poor Abe die death after brutal death over and over because of your lousy human reflexes. Fortunately, unlike in Abe's Oddysee, in Exoddus you can save anywhere, anytime and after your inevitable demise you'll start off right there. And so, in consequence, even though the individual puzzles in Exoddus are more difficult or complicated than in the first game, because you needn't start each sequence from the very beginning the game ends up feeling more challenging yet less frustrating. The game isn't short by any stretch and mostly well paced throughout, with high-speed action sequences interjected by the occasional puzzle where you can actually take your time to think. Often times you'll have a choice of where to go next, adding a satisfying flexibility to the course of the game. And all throughout, you'll get plenty of hints on how you should approach the forthcoming region.

So there's a lot of handholding in Exoddus, but don't let that fool you into thinking you'll have an easy time with it. Fact is, like its predecessor, Exoddus is extremely difficult, and success will invariably demand continuous trial and error no matter how good you think you are at platform games. Then again, you probably won't get stuck in any one sequence for too long, and if you do, there's a good chance you can backtrack and do something else instead, then return to that point after you've gained a little more experience behind enemy lines. Inevitable frustrations aside, Abe's Exoddus is continually rewarding as you successfully accomplish its countless, difficult trials of dexterity and wit. On top of that, you'll be treated to some of the highest quality cinematics you've ever seen, all together making Abe pretty tough to beat. 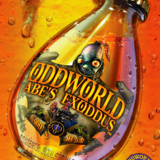 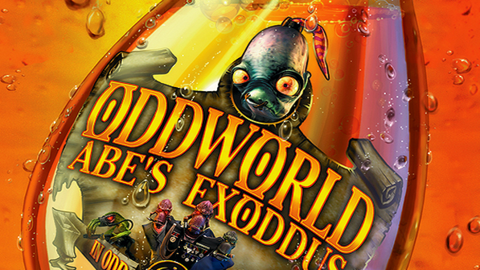