Space, as I'm sure we're all aware, is incomprehensibly vast. It can be difficult to fathom the scope of large nations in earnest, to say nothing of the endless expanse of the universe. While the vastness of space and its inherent loneliness has been explored time and again in fiction, Objects in Space contributes to that conversation by capturing the beauty of the mundane as you helm a solitary freighter drifting to and fro in a desolate void. Moreover, it positions itself as a rework of '90s adventure games, but with the added draw of real-time combat and problem solving as you and your hauler make your way.

Objects in Space immediately taps your imagination of a grand adventure to the stars. You are one of the first truly interstellar explorers, launched aboard the mighty Cassandra--a colony-spawning vessel with nearly a million inhabitants. Alongside dozens of support craft, the mission of this mega-ship was to create a jumpgate, allowing instant transit back to Earth. Unfortunately, your destination, the Apollo Cluster, was all but barren, putting a major kink in the plan. Even worse, due to some unexpected anomalies, a few of the accompanying ships in Cassandra's support fleet arrived decades later than intended--including yours.

When you finally arrive, your ship is spinning out of control thanks to damage sustained on the trip. A friendly passerby quickly offers their assistance, guiding you through the repairs and introducing you to the basics of your ship. Life in Apollo Cluster is surprisingly low-tech, despite its interstellar nature. As a result, you'll be listening the telltale squeal of metal scraping rock or the klaxon warning of an inbound projectile.

Flight is a decidedly sensory experience in Objects in Space. You're planted at the center of an array of controls, dials, knobs, and monitors. Important data is often split across multiple screens (which is to say both in-game view screens and your own real-world vantage point), with engineering info being kept to a seperate station than the helm or comms. with the constant feed of environmental information, you're always juggling a few different streams of information and responsibilities at any given point.

It's common to set off in a direction and accidentally end up in a pirate-packed nebula or anomaly. These threats require hands-on scanning, and rapid course adjustments. If you don't have enough speed, you can flip off nonessential systems and give the engines a full burn. The sum of these small decisions about piloting, maneuvering and maintenance are often quite impressive, and leave you with the distinct sensation that your experience and your knowledge of your ship get you out of trouble. It's quite a bit to manage, but your trek through the stars gets its texture from the emergent narrative of your choices.

The set-up and execution both work together to set the stage for a great bit of speculative fiction and an excuse to dump you into sociological crucible with only your ship as a trusty companion. In many respects, how you play and what happens along your journey is a vital component of the experience. And by simulating all the mundane bits of space travel, it asks you to fully inhabit the role of space captain at the edge of the cosmos. What you encounter and how you grapple with it becomes an intrinsic part of not just the story, but the story you compose hand-in-hand with the game.

The granularity of the simulation helps build a relationship between you and your ship. Drifting in the black, your ship is your companion. It's the only thing protecting your flesh and bone from the utter lethality of radiation, micro-meteorites, and, of course, that lung-rending vacuum. You'd expect it, then, to be a tough machine--and many ships are, to a point--but they're also vulnerable. When you jump, every system needs to reboot, selling the idea that this is a tremendous feat--one that not even this rugged, mechanical beast can handle.

Your ship can hide secrets and quirks, too. You may or may not discover window shutters, posters, or the like on your particular model. The layout of each ship and system is markedly different. Parts can be swapped out, but only at dock. Changes to your companion are thus a big deal, requiring you to plot a course and go through all the standard docking procedures, and then recruit the help of the station's robotic arms to rearrange things. When it breaks down or gets hit by just about anything, you feel it. Objects in Space uses its aesthetics--both visual and ludic--to craft an enchanting atmosphere.

Objects in Space is committed to its own brand of realism, fashioned from the experience of inhabiting a place. As such, your ship's status is linked to your capabilities; as your ship takes damage, systems will work sporadically before finally giving out. This creates a bit of a moving target--your goal is always to survive, but the challenge grows when you're carrying battle damage from a prior encounter or your sensors are spotty. As a point of contrast, though, you'll also have plenty time to simply “live” in your ship, as it were.

Because this is space, when you are ready to dart off, your course will usually take several minutes or longer. Most of that is downtime, though, unless some obstacle or scenario arises. And it's here that you get quiet moments with little but the hum of your drives and the synth music from your ship's radio to keep you company. These segments of peace do a lot to punctuate the frantic crisis management that permeates many missions.

The obstacles of your journey are somewhat predictable. Pirates, asteroids, and so on are all pretty standard fare, though how you grapple with and overcome them is always unique. With such a broad array of options and tactics to use--dumping cargo, creative flying, etc.--you're mostly limited by your imagination and cleverness. Some strategies, like flipping your ship into a weird position, drawing others into a fight, or nixing non-essential systems to save up power for a massive engine burn, when executed well, give you the feeling of being not just a brilliant captain, but the entire crew of a much larger spacecraft. There's a raw, almost space cowboy feeling that emerges after a few encounters that permeates the game. And, provided that you keep flying, you'll feel like a hotshot scoundrel in no time.

Those with affinity for the kind of nuanced technical challenges of running a space freight business will be enraptured, but such players will be far from the only ones. In its best moments, Objects in Space can work a unique kind of magic. Few other games pull away the barriers between ship and captain so completely, and yet lean so hard on the mundane. Pulling yourself away from the real world and allowing the mysteries and adventure soak in can take a bit, but once you're settled into your chair and piloting, you'll find there you'll find there's no place quite like it anywhere--be it our world or its own. 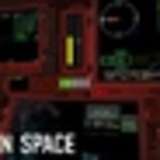 Dan Starkey is obsessed with all things space, be it the RS-25 hydrolox engine or the bizarre intricacies of orbital mechanics. They spent about two dozen hours bouncing between the various star systems of the Apollo Cluster. Review code was provided by the publisher. 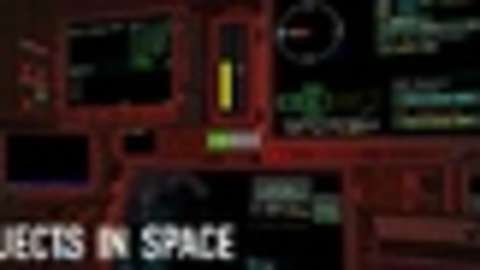