Nuts is a short hike through mostly uninspiring terrain.

Nuts makes a strong start. Its quirky concept and bold art direction are enticing, while its novel yet easily understood core mechanics and hints of mystery offer further encouragement. Unfortunately, Nuts doesn't deliver on its early promise as it struggles to develop its best ideas. Despite a lean playing time, repetition sets in. Nuts opens brightly, but fades all too quickly.

Much of your time in Nuts is spent looking for a squirrel and, once found, predicting its next move. The Melmoth Basin Wildlife Reserve is your hunting ground, though as a field researcher you're here only to observe the squirrels, record their movements and file your report. Equipped with a GPS, each day you venture out into the forest to place a few cameras in strategic positions before returning to your tiny caravan to play back the recorded footage and hopefully catch a glimpse of a squirrel or two.

It's a delightful premise and the squirrels themselves are adorable, bounding down gullies, clambering up trees, or just perched on a rock, noshing on a nut. Getting footage of these antics is a matter of method and patience rather than any kind of ingenuity. Your handler will first direct you to a specific spot to set up the first camera. When you play back the recording, you need to make a mental note of where the squirrel entered or exited the frame, and then on the next day you return to reposition the cameras and track the preceding or subsequent stage of the squirrel's journey.

The convenient laws of nature, according to the world of Nuts, require creatures to perform the same journey every single night. So when you spy the squirrel darting across a field and disappearing around a boulder one night, the next day you know to place a camera beyond that boulder, safe in the knowledge the squirrel will repeat the trick without fail. With only three cameras at your disposal, sometimes you won't have every angle covered and miss where the squirrel went. And sometimes you'll overthink things and try to second-guess the squirrel, only to later realize it must have taken a different turn. In any case, you simply try again the next day, trekking back out and moving the cameras before trekking back in and watching the footage. The stakes feel very low and the work is uninspiring.

Back in the caravan, you view the collected footage on three TV screens, one for each camera. There's a procedural pleasure to these scenes as you play, pause, and rewind the footage, scanning the screens for movement and zooming in and panning to verify a hint of a bushy tail poking above the long grass. And there's a tactile comfort in manipulating these devices via a panel of buttons, dials, and switches, and then finally being able to hit print on the frame you need, pick up the print-out, and drop it into the fax machine to transmit to your handler.

I particularly love the attention to detail here. You have a notice board in the caravan to which you can pin documents that outline your current task as well as any printed photos you've taken. When your handler calls on the landline phone, you hold the receiver in one hand while still able to move about the interior, your free hand picking up objects like the fax she just sent you, and all the while the curled cable of the handset is following you around the small room.

But over the course of the handful of hours it will take to see Nuts through to the end, little of note is built from these basic elements. Tracking the squirrels becomes tiresome and repetitive: place the camera, check the footage, move the camera further down the path, check the footage, rinse and repeat. A major flaw is that there's no creativity or dynamism to what you're being asked to do. You're not being asked to accumulate information, cross reference data and make deductions; you're merely following a path and checking off boxes as you go. The couple of attempts at switching things up sadly fail to address this fundamental issue and do little other than redress the same simple mechanics in a slightly different outfit.

The striking art style meant Nuts held my attention for perhaps longer than merited by its lackluster gameplay. Employing a limited palette unique to each scene lends the various locations a distinct look that is unmistakable, memorable, and pleasingly otherworldly. The clean lines and bold colors dovetail with the mechanics to help distinguish environmental objects and make it easier to spot the movement of a squirrel.

Providing further interest is the broader story, a tale of impending ecological disaster in the face of corporate belligerence that is not exactly surprising yet offers just enough intrigue to leave you wondering where it will end up. Told mostly through one-way phone conversations with your handler, the drama escalates nicely and serves as the guiding force behind your objectives. Where it falters is in some pacing issues caused by a hyper-efficient player--I ended up with a series of calls at one point that I suspect were intended to span several days but sounded rather silly when occurring back-to-back. But the ending is sweet and apt, even if it doesn't strictly answer some of the wider questions you may have.

These small victories aren't enough to shift the needle, though, and Nuts is left a frustrating, underwhelming experience. The core ideas are full of promise, but there's no follow-through. What ought to be a cheeky, charming celebration of a delightfully furry woodland creature is instead too rote, too dry, a neat idea undone by a lack of imagination. The only thing left to say is, well… nuts to that.

View Comments (7)
Back To Top
4
Poor
About GameSpot Reviews 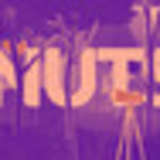 David Wildgoose beat, uh, Nuts in around three hours, playing on PC with a Steam key provided by the developer. He would be happy for you to tweet at him your favorite squirrel gifs.