Noita's freedom for experimentation and creative spell crafting makes this roguelike a distinct spin on the genre.

One of Noita's best spells is the ability to summon a torrential downpour from thin air. A heavy, magical cloud bursts open above you, extinguishing damaging flames or washing away toxic poisons. Having this ability on one of my many runs always reassured me that I could be a little more reckless with my navigation through Noita's dangerous biomes--at least it did, until I discovered that I could just as easily drown myself in many of its narrow and twisting procedurally-generated mazes.

A big part of Noita's appeal is watching how all its physics-based systems interact with each other. This 2D roguelike's dynamic world is brought to life with vibrant pixels, each one reactive to the world and circumstances around it. Fires will spread and engulf nearby wooden structures, slowly burning them away. Those wooden structures might support a giant vat of toxic sludge, which will quickly pour through the tunnels of a mine once its supports are gone. This sludge, in turn, can erode enemies, infect life-giving pools of water, and melt away the ground. But it can also just as easily kill you. The simple act of knocking down a lantern creates a deadly domino effect, and part of Noita's appeal is learning to spin that into an advantage.

Noita doesn't give you the means to control this chaos, but with a variety of wands and spells you can learn how to nudge it in advantageous directions. It's easiest to think of wands in Noita as weapons, while spells are the ammunition loaded into them. Each wand features slots for spells, as well as attributes determining casting speeds, delays, and whether spells are shuffled when cast. Spells, on the other hand, determine your overall damage output and effects. This can range from the expected arcane fireballs and small jolts of electricity to the more absurd, such as combining specific spells to summon terrain-consuming black holes that spit out explosives or create magnificent electrical storms that spew out toxins.

Experimenting with both wands and the spells you load into them is one of Noita's most engaging aspects. It's captivating to stumble upon a combination that sounds absurd on paper, yet synergizes in unexpected and effective ways. Finding a wand with numerous slots invites you to satisfy your curiosity and experiment, letting you craft complex strings of spell commands. Spells are fired in order from left to right of a wand's queue, letting you assign modifiers to them based on their position. For example, a wand can be configured to fire a large, slow fireball before applying a spread pattern to a wind spell. The wind can be cast directly after the fire, catching the flames as it bursts past and igniting them, creating a wide-reaching attack from an otherwise pointless gust of wind.

You can just as easily craft entirely useless wand and spell combinations, as well as setups that can end up doing more harm to you than to enemies. One of my earliest experiences with this was combining a boomerang perk with a spell that cast bombs, both equipped on a wand with a rapid fire rate. Instead of flying in front and behind me like I expected, the bombs I cast instead travelled briefly ahead before turning to explode in my face, ending my run there and then. Initial instances like this are comical as you sit dumbfounded by what just occurred, but they can quickly morph into frustration as you grapple with trying to understand why they happened so that you can learn from them.

Understanding Noita's spell crafting is a slow process, predominantly because the game does a poor job of explaining how any of it works. The game's tutorial is nothing more than an in-game control breakdown at the start of each run, forcing you to figure out its intricacies on your own. Because Noita spent a good amount of time in early access, it's easy enough now to play with a highly detailed wiki at your side. But without in-game guidance, it can take hours before you discover some of Noita's key mechanics, such as the strict casting order of spells or the ability to fill potions vials up again with any liquid. It makes the game's opening hours frustrating because of how limited your options can feel before you come to an understanding of their depth, making the brutally dangerous enemies all the more challenging to overcome.

Death comes quickly in Noita, be it by reckless spellcasting, from the chaotic nature of each biome's physics, or at the hands of its large roster of enemies. Even the most fortunate runs with the best spells and wands on offer can come to a grinding halt through carelessness, as enemies imbued with elemental attacks can quickly cut you down. Understanding enemies and their weaknesses makes killing them more satisfying, especially when you figure out how particularly difficult foes can be torn apart with the right elemental combinations. But at the same time, their random dispersion throughout each biome can sometimes feel unfair, especially when some of Noita's most challenging enemies are ready to greet you at a stage's start.

Randomness is at the heart of most roguelikes, and Noita is no different. It does, however, feature parameters that make consecutive runs so drastically different from one another that it's difficult to get to grips with its mechanics when you're constantly brushing up against the new challenges accompanying a new run. For most of my initial hours with Noita, I was hardly making progress, encumbered with trying to understand its combat while also engaging with runs that had no chance of lasting more than a handful of minutes. There's no overarching progression to lean on for help in Noita; you're reset to the same point with each new start. As you start coming to an understanding of its systems, Noita's mechanical depth--and the rush of discovering it--overcomes its initial frustrations. But it's an abrasive start that is far from welcoming.

Noita's main hook of experimentation with spells and their effects on the world around you is strong enough to pull you through its uneven start.

It's a disservice to the game that lies not just underneath the crust of its world, but in all other directions that hold secrets to be uncovered. The core of Noita is about progressing downwards, moving from one area to the next before reaching its final, gold-laden world. But there's so much else on the periphery that is persistent with each run that invites exploration, often challenging you to become creative with its elements in order to reach their secrets. One early example is a massive pool of lava stretching to the edge of the screen. It's too large for you to glide over, but you can turn the molten magma into cool rock with a delicate sprinkling of water. You could, alternatively, find a way to boost your gliding time or use directed pushes of air to propel you along. There are numerous ways to tackle many of Noita's side activities, each of which makes you feel like a genius for reaching them.

Creatively manipulating Noita's reactive world with an inventive spellcasting system acts as the game's initial appeal, but it's also the game's biggest stumbling block early on. Trying to gain footing in Noita's dangerous, unstable world is an abrasive task that distracts from its wonderful secrets and challenging puzzles, but its main hook of experimentation with spells and their effects on the world around you is strong enough to pull you through its uneven start. Noita is tough and unforgiving of even the smallest mistakes, but it's also just a gleeful sandbox of destruction that brings as much joy as it does death. 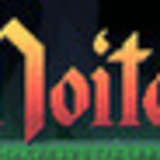 When he wasn't accidentally setting himself alight or electrocuting a pool of water he was submerged in, Alessandro was engrossed for over 20 hours with Noita's deep and complex physics mechanics. Review code was supplied by the publisher.