No More Heroes 3 is at its best when you're slicing your way through alien invaders, but the rest of the game wrapped around the energetic combat is a laborious disappointment.

No More Heroes 3 asks the question, "What if E.T. came back to Earth 20 years after leaving and was an insufferable asshole?" It's the kind of offbeat set-up for a video game you would expect from the unorthodox minds of developer Grasshopper Games and game director Suda51, and this basic premise contributes to what is a strong opening for No More Heroes 3. Between its 80s anime-inspired opening, your first taste of Travis Touchdown's cathartic combat, plenty of call-backs, and a suitably inventive first boss fight, it makes it all the more surprising when this initial goodwill is gradually chipped away.

The first two games in the series were rough around the edges, but that was part of their charm. They were scrappy and stylish, both revered and derived, with a punk-rock spirit that made them cult classics. No More Heroes 3 is zany and maintains those coarse elements, but it also feels forced in a "How do you do fellow kids?" kind of way. You still have to go to the toilet to save your game and jerk off to recharge Travis' Beam Katana, so the juvenile humor remains intact--it just isn't very funny. Not because the jokes aren't landing, but because there aren't that many to speak of.

Most of the story revolves around returning alien FU; an intolerable antagonist who's prone to random outbursts of violence. There isn't much more to the character than that, and the conversations he has with his cronies are plodding and shallow, with dialogue that's often about nothing in particular--and not in the good Seinfeld way either. No More Heroes 3 still has a habit of breaking down the fourth wall to provide knowing commentary on video games and gamer culture, and there are plenty of self-deprecating lines and overt references to the likes of The X-Files, Terminator, Akira, and Rocky. But these are flimsy band-aids on a narrative that's disappointingly tedious.

The same can also be said of its overall structure. No More Heroes 3 reverts back to the first game's framework by giving you an open world to explore in between each boss battle. There's nothing inherently wrong with this design, and the familiar ranking set-up is still synonymous with the series for good reason. As is customary, Travis begins at the bottom of the rankings and must murder his way up to the number one spot. In this case, the United Assassins Association (UAA) has devised the Galactic Superhero Rankings, with the members of FU's Galactic Superhero Corp occupying all 10 places. You still need to pay a fee to the UAA before attempting each fight, so completing activities to procure enough cash quickly becomes the perpetual routine.

Herein lies the problem. In order to progress, you have to complete three Designated Matches. These are confined combat scenarios where you're teleported to a location and must defeat three or four enemies to progress. In most cases, this will earn you enough money to pay the UAA's entry fee and proceed to the next boss battle. The only time this changes is towards the end of the game when you need to earn a little more cash, but this comes across as unnecessary padding. There are also optional wave-based combat challenges to partake in, and the menial side jobs from the first game return if you fancy mowing grass or picking up trash.

Across the series these mini-games are never particularly fun, but that's the whole point. Even if you don't like doing these mundane and repetitive tasks, they're at least backed up by an idea: Travis' quest to become the top ranked assassin means occasionally working odd-jobs just to pay the bills. But that idea doesn't really work in No More Heroes 3 considering the world-ending stakes, the fact that Santa Destroy is now populated by aliens, and that you never really need the extra cash. It feels like the mini-games are included just because that's No More Heroes' thing, not because they're a satirical take on open-world game design or the realities of life.

The other issue with these sections is that they lack the charm and personality of the first game. In the original No More Heroes, working those part-time jobs meant visiting the Job Centre beforehand, and leveling up required you to build up a sweat at Ryan's Gym. Naomi's Lab was also there for all your Beam Katana upgrade needs, and you could even visit Beef Head to purchase pro wrestling video tapes and learn new moves. In No More Heroes 3, all of this is reduced to an upgrade system that you dump points into. This is more efficient, but it makes the barren open-world feel even more empty and meaningless than it already is. Even combat feels disconnected from everything else since you're nearly always transported to bespoke extraterrestrial arenas. You don't even have to fight your way through mobs to reach each boss. Most of the time you're taken right to the front door.

No More Heroes 3 still has a habit of breaking down the fourth wall to provide knowing commentary on video games and gamer culture, and there are plenty of self-deprecating lines and overt references to the likes of The X-Files, Terminator, Akira, and Rocky

Despite its disconnect from the rest of the game, combat is No More Heroes 3's saving grace. It loses some of the depth of previous games since you don't have to worry about low or high attacks or swapping between multiple Beam Katanas, but it makes up for it in other areas. You've got your usual repertoire of light and heavy attacks, plus you can block and perform perfect dodges to slow down time, giving you ample opportunity to deal plenty of damage. Jumping attacks are a new addition, and Travis' Death Glove gives you access to four dynamic skill moves, including a flying Death Kick and an area of effect attack. By wailing on an enemy enough times in succession to make them see stars, you can also unleash a torrent of pro wrestling moves. This will instantly recharge the Beam Katana, allowing you to carry on fighting and potentially rack up 200-hit combos.

There's a decent rogue's gallery of enemy types, too, each with their own unique attacks and defences. The Leopardon, for instance, uses giant eggs to teleport away from you where it can use its ranged weapon to disable the Death Glove. Fighting multiple enemy types at once forces you to adapt and utilise every tool in your arsenal, resulting in some of the most engaging battles. There is a lack of indicators for enemy melee attacks, so it can be frustrating when you're unsuspectingly hit from behind, but the heft and sense of momentum behind Travis' attacks makes combat particularly pleasing, especially when you're able to mix in some German Suplexes to extend that combo. It doesn't really evolve all that much throughout the course of the game, but it speaks to the quality of its action that it never loses its satisfying lustre. It also helps that the framerate maintains a fairly stable 60fps both docked and undocked on Switch. The same cannot be said during the open-world sections, but it also isn't required to navigate its desolate locales.

Boss fights will challenge your skill set more than anything else, although their quality is decidedly inconsistent. At their best, they elevate the combat with surprising new twists and energetic impetus. In the 9th ranked fight against Gold Joe, for instance, you can use his magnetism against him. By running over either the red or blue squares that appear on the floor, you can match Joe's polarity and push him into the electrified fence that's surrounding the arena. However, some of the boss fights deviate from the game's traditional combat in order to riff on other games and genres. These sections are often poor imitations of better games that quickly lose their intrigue after the initial surprise reveal. The final boss is particularly bad, as the last confrontation devolves into a monotonous slog that forces you to wait and wait and wait until a small window of opportunity opens up where you can finally dish out a modicum of damage. And then when you think it's all over, it transitions into another phase that's somehow even duller.

If you had a mandate for all of the things a No More Heroes game shouldn't be, "boring" would be near the top of the list, but this sequel frequently is just that. No More Heroes 3 lacks the irreverent charm and personality of its predecessors. Combat picks up the slack, and there's a degree of vivid style to be found there, but the game falters in so many other areas. After an 11-year wait, maybe No More Heroes 3 was always destined to fall short of our expectations. But to end without so much as a touchdown is a mighty disappointment.

View Comments (63)
Back To Top
4
Poor
About GameSpot Reviews

Richard finished No More Heroes 3 in 14 hours, 33 minutes of which were spent on the final boss. Review code was provided by the publisher. 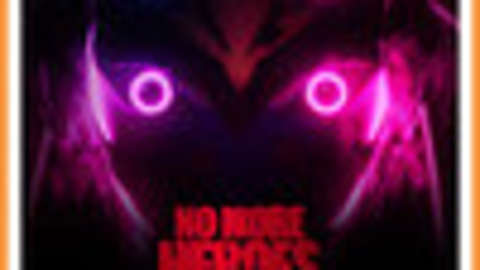