A walk among the tombstones.

Editor's note: Sony recently released Nioh Remastered, a technically upgraded PS5 version of Nioh for PS5 and PC. The new version is available as a free download on PS5 for players who already own Nioh on PS4, and as part of The Nioh Collection, a next-gen re-release. After playing the first few hours, Mike Epstein has some impressions on how the changes impact the PS5 version of the game. Continue after the break to read our original review of Nioh.

After four years, Nioh takes a couple of big leaps forward on next-gen hardware. Nioh Remastered, can run at either 4K (at 60 frames per second) or up to 120 frames per second (at 1080p). There’s also a “PS5 Standard” mode that optimizes the game specifically for the new console. The 4K and “PS5 Standard” seem visually indistinguishable to my eye. That said, the team at Digital Foundry found that it runs at a lower resolution in “PS5 mode.” Like many enhanced games on PS5 and Series X, Nioh’s once-excruciating load times have been cut to less than a second in this version. Death, it turns out, is less painful on PS5.

Though Nioh is still starting to show its age compared to its sequel and games designed for modern hardware, like the Demon’s Souls remake, Nioh looks noticeably more detailed on PS5. The environments are dramatically sharper, making it easier to notice the cracks in craggy rocks and the way torchlight glows in the dark and brightens the area around it. More importantly, the frame rate has improved dramatically. In both 4K and PS5 mode, Nioh runs at a stable 60 frames per second, faster and smoother than the original. In a Soulslike, where tracking every moment of every movement is an absolute necessity, it makes a world of difference. The demanding, precise combat feels faster and more polished. Nioh is still Nioh. It’s still brutal, but it’s now a bit more beautiful. -- Mike Epstein, February 16, 2021. Our original Nioh review, first published in 2017, continues below.

Nioh is an immensely layered experience. Through its Dark Souls-inspired combat, you're taught the virtues of patience and the value of defense. With each death, you learn a bit more about yourself and your enemy. This Team Ninja production, set during a time of great social upheaval in Japan, demonstrates the studio's penchant for demanding action-driven gameplay that rewards tactics and high dexterity. And despite all the inevitable dying, Nioh is surprisingly rich with solutions to overcome its many hurdles.

Koei Tecmo's fondness for Japan's tumultuous Sengoku period is on full display in Nioh. The unusual foreign point of view of protagonist William Adams adds freshness to this familiar setting. Adams' real life notoriety as the first Western samurai is the kernel that allows the game to glorify him as a knowledgeable user of Japanese melee weaponry. His path to combat proficiency is partly motivated by his pursuit of antagonist and occultist Edward Kelley, also an English historical figure. Both are searching for Amrita, a type of magical stone abundant in Japan that is thought to have the power to turn the tide in Queen Elizabeth I's favor in her war against Spain.

Death is featured heavily, not just in the frequency of player failures but also in the war torn lands Adams explores. Many of Nioh's levels feel like you've walked into an imaginary epilogue of an Akira Kurosawa film. The extensiveness of ruin and the littering of corpses are complemented by a recurring musical theme that effectively captures the solemnness of what remains.

These devastated landscapes is also a breeding ground for hostile yokai, demons and creatures heavily inspired by Japanese folklore. Like the Onimusha and Toukiden series, Team Ninja puts their own spin on these fantastic beasts. There's great imagination on display as Adams confronts unusually agile ogres and homicidal ravens decorated like Buddhist monks. There's much to marvel at in the otherworldliness of the yokai's designs when you're not too busy dodging their deadly attacks.

The demands and challenges of melee combat in Nioh cannot be overstated. Assuming your character level isn't significantly higher than the recommended level of a given mission, some enemies can kill you with a single stroke. By the same token, there's always a chance, however unlikely, you'll clear a chapter without a scratch. At times, enemies fight with the unpredictability of a PvP match. It's normally comforting when you can recognize the beginning animations of a enemy combo. Yet there's another layer of difficulty when that foe can switch up attacks mid-combo, a common occurrence in Nioh. You'll sometimes wish you could compliment these enemies for their cunning--that is until you throw your controller from dying at the hands of a boss for the twentieth time.

Nioh is at its most elegant when you're engaged in a one-on-one duel. Many enemies telegraph a lot of information even before they attempt their first strike. By studying their stances, you can deduce what attacks tend to result from those poses. Their outfits also offer hints on capabilities. Sword-wielding fishermen attack with two-handed labored lunges, making them frequently open to attack. Decorated and well-armored veteran samurai show more discipline and attack with greater efficiency. As you gain experience with a sword, you'll have an easier time anticipating the attacks of other sword-wielders, since many use the same stances and techniques as Adams. Being able to read your enemy and emerge victorious thanks to all this visual information provides some of Nioh's most gratifying moments. Between the occasional compulsion to fight honorably and the potential for one-hit kills, Nioh is the closest a game has gotten to recapturing the unique intensity of Squaresoft's Bushido Blade series.

At its most fundamental level, survival in Nioh is about managing stamina--known in the game as ki--which determines how frequently you can attack an enemy. To complicate matters, enemies often create ki dead zones where stamina does not replenish. The beauty of Nioh is how it's chocked full of countermeasures that deal with such obstacles. In the case of these dead zones, potential solutions include stamina enhancing consumables and ki-specific weapon enhancements. For the most dexterous players, a quick shoulder button press after a combo can potentially boost stamina recovery. And the fact that enemies are equally limited by stamina creates tactical and exploitable opportunities one seldom encounters in these types of games. Like a scene straight out of a samurai film, there's a sense realism when you and a foe are huffing and temporarily immobile from stamina-depleted exhaustion. That's followed with heightened suspense, knowing that one of you will fall once you both catch your breath.

Just as enemies have tricks that extend beyond melee combat, Nioh empowers you through a wealth of resources and choices that only expands as you make progress. A single weapon is capable of over a dozen types of attacks, organized and spread across a trio of battle stances. You acquire new weapons through a Diablo-inspired loot drop system, where myriad stats and special effects ensure that no two weapons are alike. Five melee weapons types, a selection of firearms, and non-samurai abilities like magic can be a lot to take in. Yet given Nioh's optional quests and the ability to replay completed missions, you can take your time to get your footing and learn what tactics work for you before advancing to the next mainline chapter. And even if these resources aren't enough for you to vanquish a boss in your first or tenth attempt, level grinding works as a viable solution.

Options for success further expand with the inclusion of cooperative play, available after completing the initial chapters. This isn't co-op in the traditional sense since there's no way two friends can experience new story chapters together. In order for a guest to be eligible for a host's story mission, the guest needs to have already completed that mission. This, unfortunately, nerfs what could have been a stimulating session. Save for a slight increase in boss' health bars, difficulty does not ramp up in co-op. The guest, armed with information on a map's layout and the boss' tactics, can help turn a chapter that would normally take three hours into a 15-minute jaunt.

Regardless how you choose to progress, the immense variety in environments is reflected in the thoughtful pacing of what will be an 80 hour playthrough for many. Nioh doesn't escalate in intensity with every subsequent mainline mission, although the endgame is rightfully brutal. Instead, there's a rhythmic ebb and flow as you advance through the story. For example, after an exhausting two-chapter skirmish on a ravaged battlefield, you're greeted with a less demanding yet still challenging trek through a lush and foggy forest with enemy ninja encampments. These reprieves from the more intense missions add depth to the campaign.

Each area exudes its own sense of character not just by conveying widespread destruction in its detailed backgrounds but also by challenging you with environmental puzzles. The chapter based in the Iga, for instance, capitalizes on the region's reputation as a nest of shinobi and a playground of stealth. It's a level loaded with enough hidden doors and confusing passages that you might need graph paper to make sense of the level. Adding to these engrossing complexities is a section that can be literally flipped, where the floor becomes the ceiling and vice versa. And these do not take into account all the ninjas hiding around corners and behind sliding doors. Iga is just one location that showcases Nioh's impressive labyrinthine maps, of which there are many. And much like the Dark Souls games that inspired much of Nioh's level design, having a fastidious exploratory mindset helps reveal a location's many shortcuts, the discoveries of which are always satisfying.

It is though exploration that you increase your chances of finding weapons and items, often by searching through the seemingly countless corpses strewn throughout the game. The final words of the dead echo in Adams' head, often providing clues to nearby dangers. The fallen are additionally represented by the gravemarkers of other Nioh players with a note of their respective cause of death. These serve as warnings to the living, whether it's a hint of a nearby cliff or a difficult yokai ahead.

Although the spectre of potential failure hangs heavy over any play session, dying in Nioh is never genuinely disheartening. This is thanks in part to the various avenues of character growth and many approaches you can utilize to tackle a difficult section or boss fight. It shouldn't be surprising that the foresight and patience needed to survive a battle in Dark Souls translates well to the fundamentals of samurai combat here. Nioh's most invigorating and intimidating moments occur when you feel you're at equal footing with your opponent. And it's during these encounters that one careless move can result in your demise or the right string of thoughtful actions can make you feel invincible.

Nioh is featured as one of the best PS5 games.

View Comments (646)
Back To Top
9
Superb
About GameSpot Reviews 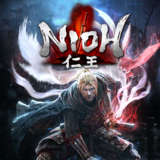 Miguel needed about 85 hours to thoroughly explore all of Nioh's regions while also completing the main story missions and epilogue. Most of his playthrough was experienced solo, though a few of the boss fights were beaten using the game's co-op feature. Sony Interactive Entertainment provided a complimentary review code for PlayStation 4.