As long as you're up for more pain, Ninja Gaiden II offers a challenging thrill ride that's as intense and fun as the original.

The Nintendo Entertainment System was home to many mean-spirited games, and Ninja Gaiden was a prime example. It beat you down, chewed you up, and spit you out. But it also dragged you back with its fast action, sweet ninja powers, and excellent controls. Now, Ninja Gaiden II: The Dark Sword of Chaos is available for the Wii's Virtual Console and like its predecessor, you'll cry foul at the game's sadistic nature yet still find yourself clawing through the pain to conquer its insane challenge.

Ninja Gaiden II thrusts returning protagonist Ryu Hayabusa into a plot by the sinister Ashtar to unleash demons unto the world, using the titular dark sword of chaos. The talking-head cutscenes of the series return to tell the story, opening and closing each of the game's seven acts. The art is sharp and does a great job of providing visual flair to the storytelling, offsetting the frequently tedious dialogue.

Ninja Gaiden II improves upon the excellent visuals found in the original Ninja Gaiden. Some stages are draped in dynamic environments, such as one that takes place atop a speeding train, adding more life to the visuals. Granted, the NES-era technology gives way to flickering character sprites when the screen gets busy. Though by today's standards the visuals aren't anything special, the game is still nice to look at overall. The soundtrack is more consistent, with fast-paced music that keeps you energized as the game's torturous nature begins.

You'll quickly get the hang of Ninja Gaiden II's action platforming basics because control is tight and the game starts you off against slow-footed goons. Ryu runs fast, jumps across wide chasms, wields his blade with exceptional speed, uses such special weapons as throwing stars or flame attacks, and clings to walls. This last skill makes it easier to control Ryu in his second adventure because he can now directly scale the walls without the aid of ladders and attack with special weapons from his perch. A new power-up creates clones of Ryu that mimic his every action, making him even deadlier.

However, you'll have to show exceptional proficiency with Ryu's new tricks because the difficulty spikes after the first act. You'll struggle against a snowstorm that blows you into chasms, navigate areas where lightning is your only means of visibility, and attempt to maintain your grip on icy floors or walls. You'll often jump over pits into thugs that knock you right back, and some enemies leap through walls to get you. Despite this, Ninja Gaiden II is slightly easier than its predecessor. Your foes don't respawn out of thin air as much and deal less damage overall. Most boss battles can be relatively simple if you go in with the right weapons. But don't mistake this for pity: These concessions are like a carrot on a stick taunting you with the prospect of victory.

Indeed, what keeps you coming back is the catharsis that comes with surviving the game. The cutthroat challenge will drive your competitive spirit and, along with the responsive controls, lure you back in for one more try. You might learn the levels so well that you can flow through them without stopping and this sense of accomplishment alone is worth the asking price of 500 Wii points. If you're looking for a satisfying challenge and aren't afraid of a little emasculation, you'll have a grand old time with Ninja Gaiden II. 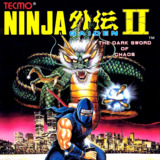 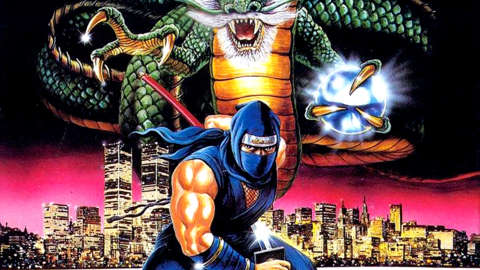 Ryu returns one year after the defeat of the Jaquio to challenge Ashtar.

8.6
Sign In to rate Ninja Gaiden II: The Dark Sword of Chaos