All flash and no substance: Ninja Gaiden 3 is a shallow action game with little of the series' challenge and depth.

Previous Ninja Gaiden games assumed you were a master swordsman. They gave you the tools to succeed and expected you to use them, having you bounding from walls before plunging a sharp blade into your enemies' bowels in a series of dizzying attacks. The challenge was steep but surmountable, and the thrilling acrobatics you witnessed onscreen were a direct result of your skill and finesse.

Ninja Gaiden 3, on the other hand, has little faith in you. On medium difficulty, you don't need to do much but hammer on a few buttons and occasionally block or dodge, yet every last kill is a cinematic event. Where previous games rewarded you for how adeptly you manipulated the controller, this one rewards you for pressing X. Forgot how to climb a wall? Ninja Gaiden 3 reminds you every time. (Do yourself a favor and turn off tutorial prompts after the first few levels.) Was your mind boggled by having multiple weapons and ninpo attacks before? Never fear: Ninja Gaiden 3 gives hero Ryu Hayabusa only a single weapon and a single ninpo. If you came to this series for deep, challenging combat, be prepared: this is no longer your Ninja Gaiden.

If you're more interested in visual spectacle than combat depth, however, you'll find plenty of it here. You don't lop off any heads or arms, but you certainly get your fill of dramatic brutality. With each assassination comes a cinematic animation in which the camera swoops in close as Ryu eviscerates and emasculates. Quick-time events intrude at every turn, giving you heaps of time to react and dramatizing spittle-flecked boss confrontations and graceful dives onto enemy aircraft. Every so often, you can hold a single button, and Ryu races from one fiend to the next, slicing and dicing without your having to lift an additional finger. If you prize form over function, Ninja Gaiden 3 might be enough to tide you over until the next mindless action game comes along.

Even if you aren't familiar with Ninja Gaiden, however, it's hard not to notice the obvious: this sequel is more fun to watch than it is to play. Rather than look to previous games in the series, developer Team Ninja seems to be relying on God of War for inspiration, but misses the mark more often than not. Ryu can now scale ropes, for example, and you can fling shuriken at any baddies that try to knock you down. But where God of War could turn rope-scaling into a thrilling combat scenario, Ninja Gaiden 3 has you tossing one or two throwing stars and calling it a day. Ditto for wall-climbing, which requires pressing each trigger in turn, and maybe--maybe--hitting a button to throw a shuriken, or dodging out of the way of oncoming debris.

The core combat has its moments though, at least when the game requires you to do a bit more than hammer buttons and watch awesome things happen. A few boss fights are quite fun, such as one in which you take on a gunship that eventually falls to the ground and grinds its way around the battle arena. An encounter with a hulking dinosaur has you dodging about before closing in for a few energetic swipes. Such enjoyable battles are the exception rather than the rule, however. You face a particular nemesis multiple times, and each time, the same basic tricks suffice. The fact that Ninja Gaiden 3 is much less challenging than its predecessors isn't necessarily a bad thing; what is bad is the stunning lack of depth and creativity, best exemplified by these tame boss battles.

Ninja Gaiden 3 doesn't just strip away Ryu's choices--it also strips away his mask from time to time. The game focuses on its story a great deal. We watch as a little girl implores him to be her new daddy, and cringe as he grasps his veined arm, which becomes increasingly diseased by the blood of those he has slain. We're meant to take it all seriously: Ninja Gaiden 3 possesses none of the tongue-in-cheek ridiculousness of Devil May Cry, Bayonetta, or even Ninja Blade. But it's hard to buy into a story when you can easily sense who will betray you; it's hard to care about a little girl you spend almost no time with, and who speaks only near the end of the game.

And yet the story is always there, intruding at the worst possible moments. Ryu holds his fingers to his ear to get a mission update like a Gears of War refugee. A cutscene ends, you walk for three seconds, and the next cutscene begins; why even have the player walking at all? Other times, story and gameplay merge: the action slows to a crawl, and Ryu clutches his arm, slicing through his enemies in slow motion. Used sparingly, these sequences could have given the game emotional heft, but instead, they are so frequent--and last so long--that they're just a pain. You slowly pan the difficult camera around looking for the next ninja you must murder, lurch toward him, and perform yet another hyperbolic execution before stumbling toward the next victim. It feels like those dreams where you try so hard to move but are almost paralyzed.

For an extra challenge, you could up the difficulty to hard (which is about as challenging as previous games' normal difficulties, but hardly as deep), or go online, where you can take part in cooperative challenges and (gasp) competitive matches. If you played Ninja Gaiden Sigma's co-op, you have an idea of what to expect here: servings of slashes and dashes for two. The sense of progression absent in the single-player campaign reappears: as you play, you level up and learn new techniques, along with costume pieces, costume colors, and so forth.

The co-op is fun, in part because it jettisons superfluous mechanics and quick-time events in favor of the core action. This is in spite of the hyperactive camera, which is jarring enough to get you temporarily lost as you try to figure out just which of the blade-flailing figures is you. The team deathmatch-type mode also suffers from the game's incessant need to be a movie instead of a game. More importantly, there's a sense that you aren't quite in control. The auto-targeting is fickle enough in the single-player game, but it can be frustrating to have the game send you slashing toward one opponent when you meant to focus on another.

Further control issues are introduced if you use a PlayStation Move controller. The Move support is absolutely abysmal, forcing you to play around with controller settings simply to navigate the menus. The game doesn't even recognize the Move controller until you begin the campaign, at which point it allows you to select any of the three difficulties, even though the Move only functions in the easiest of them. Once you overcome these early hurdles you discover even more problems. For example, if controller vibration is turned on, the game perceives a vibration as movement, and in turn might keep you from pulling off attempted combos. Furthermore, you have no manual camera control, and certain button prompts are mislabeled.

Of course, using the Move controller is optional, so you can simply avoid these issues, but this feature's awful implementation is another reminder of the game's relentless mediocrity. This sequel's biggest problem isn't that it's less challenging, but that it's less exciting, less interactive, and less complex. This forgettable action game may feed your bloodthirst, but the series' sharp edge has been dulled by Team Ninja's attempt to bring the master to the masses.

View Comments (46)
Back To Top
5.5
Mediocre
About GameSpot Reviews 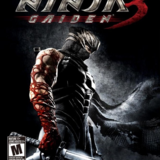 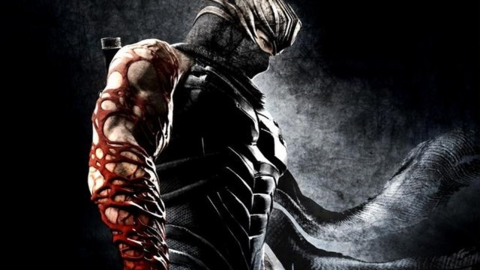