Nightmare Creatures 2 is a good idea fumbling over itself to be better.

A month after the mediocre PlayStation release, Konami has unleashed an improved Nightmare Creatures 2 for the Dreamcast. The year is 1934. The location: a London genetics hospital run by Adam Crowley, a 300-year-old devil of a man. You play the role of Herbert Wallace, a reluctant research subject whose DNA has been altered in one of Crowley's experiments. Vicious demons haunt your dreams, as does the memory of a woman named Rachel. Before you're able to come to terms with these issues, an explosion rocks the hospital. Crowley has unleashed his demons, and it's up to you to stop them. What follows are nine huge areas, 12 unique weapons, and one heck of a nightmare.

While the PlayStation release featured stiff control and random collision detection, the Dreamcast port offers a more forgiving control system. The A, X, and Y buttons each perform different attacks, and they may be chained together for combination moves. Unlike the sluggish PlayStation release, attack response in the Dreamcast version is quick and fluid, resulting in a more humane difficulty level. By pressing X and A together, you can also finish enemies off with fatality moves - decapitating and disemboweling your way to Crowley's lair. Since combos and finishing moves are vital to your success, Kalisto has also added a much-needed therapy mode to the DC release. By selecting this mode, you can practice combos and attacks on an endless array of hapless zombies.

Speaking of violence, Nightmare Creatures 2 is not for the faint of heart. This game has more blood in it than a mosquito nest at Delta Burke's house. With each axe blow, bullet wound, or arrow impalement, splatters of red goop launch everywhere, staining everything. There's also plenty of dried blood coating the walls and ceilings. When it comes to character animation, Wallace's bandages flap in the air, his chest heaves with strained breath, enemy appendages flail desperately, and ghostly bosses undulate with undead vigor. Backgrounds are dark and detailed, replete with dripping water, stained tapestries, and countless breakable objects. A further improvement over the PlayStation release is the lack of load time during fatality and FMV snippets. No longer must you wait two seconds for fatalities to load or five seconds just to see a monster introduced.

If it took a Dreamcast to flesh out Nightmare Creatures 2's visual and control elements, it's going to take something much more powerful to fix its other flaws. While the game attempts to top Code Veronica in ambience and plot, the slow pacing, poor camera angles, and overused visual cues diminish its suspense. In Code Veronica, you're treated to a plot-advancing FMV sequence every 15 minutes or so. With Nightmare Creatures 2, the wait seems upward of 30 minutes - longer if you choose to fully explore levels. Level design can do a lot to immerse a person in an adventure game. Unfortunately, while Nightmare Creatures 2 features realistic environments and many background elements to interact with, each area requires constant superfluous sidetracking in order to acquire keys, wire cutters, spells, and weaponry. Nothing ruins the impact of a spooky setting more than desensitization.

While suspense fans may dislike Nightmare Creatures 2, those with a penchant for bloody violence will find a lot to enjoy. There are a plethora of creatures in the game, each of which requires a different combination of attacks to defeat. Furthermore, each dies with a variety of death throe animations, giving you a real sense of catharsis when putting one away. On the downside, most of these battles are unavoidable. Once a creature sees you, you must fight it. The improved control and lack of load time minimizes the ennui factor, but unless you are a real anger junkie, you may get that confined Thunderdome feeling as early as the third level.

Just as in Max Max Beyond Thunderdome, Nightmare Creatures 2's soundtrack duties rest partially in the hands of a rock superstar. No, not Tina Turner - but Rob Zombie. While none of the in-game music is his work, the FMV snippets between levels ooze with classic Rob Zombie rage rock. This only amounts to about ten minutes of tunes, though. The other eight hours of the game take on a more subdued, ambient horror feel. Classic 70s Euro-horror fans will dig the spook factor of the organ and strings motif, but those used to modern Scream-style, glam-horror may recoil from a less than energetic experience. Sound effects, on the other hand, aren't as subjective. The death cries of moaning zombies and vicious monsters are frighteningly sick, while axe blows land with meaty exaltation. Battles may be repetitive, but from an aural adrenaline standpoint, they're satisfaction personified.

As it stands, Nightmare Creatures 2 is a good idea fumbling over itself to be better. The visuals are good but repetitive. Levels are realistic and full of secrets, but there's nothing to break up the monotony. The game's fighting system is adequate, but tainted by endless one-on-one forced battles. If there's one saving grace, it's that the plot payoff later in the game is a masterwork of storytelling. If Soul Reaver, Blue Stinger, and Code Veronica have left you hungry for 3D adventure, Nightmare Creatures 2 should satisfy your hunger. If you're not a fan of the genre, it may just leave a sour taste in your mouth. 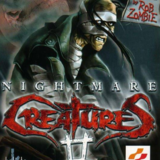 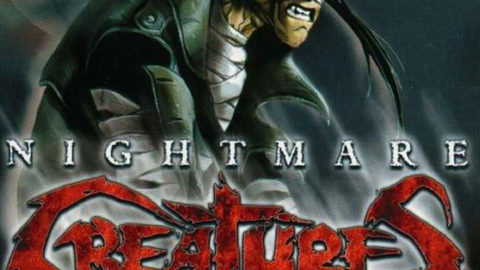 Nightmare Creatures 2 fails miserably at its obvious attempt at creating a cross between Tomb Raider and Resident Evil.