Night In The Woods Review

See both the forest and the trees.

Both intensely personal and widely relatable, Night in the Woods doesn’t just tell a story--it gracefully captures complex, often unpleasant feelings and experiences. From the quiet melancholy of doing nothing on a rainy day to the emotional vacuum of severe depression, I felt deeply, sometimes too deeply, while wandering through the cartoon-animal version of a small Midwestern town. Its witty writing and character development keep its crushing existential themes grounded, making Night in the Woods one of the most evocative games I’ve played in a long time.

Night in the Woods follows 20-year-old Mae Borowski--who happens to be a cat--after she drops out of college in the beginning of fall and returns to her tiny hometown of Possum Springs. She’s an angsty troublemaker with a bit of a rap sheet and a sharp tongue, and you spend her first few days back kicking around town and catching up with people, including her high school friends Bea and Gregg. A few people allude to something awful Mae did in the past, while others talk about a kid from her high school who has gone missing.

There's enough small-town curiosity in those short, early interactions to be intriguing, but there are plenty of awkward moments that keep Mae’s homecoming feeling ordinary. You can talk to an old teacher (who likes Mae despite her awful behavior) and an elderly neighbor (who considers Mae a horrible nuisance), and it feels very real, like any small talk in your hometown--just with Mae’s distinct brand of snark. These interactions both offset and highlight the mysterious elements of Possum Springs, a balance Night in the Woods masterfully strikes throughout the entire story.

You’ll spend most of your time exploring Possum Springs through light platforming and optional interactions with the same few people you want to talk to, broken up by lighthearted, simple mini-games. For most of the game, you take things day by day, and that slow drip of information bolsters the development of Mae and her friends. This structure manages to feel aimless without being purposeless; every day is similar but not the same, and there’s always something new to learn about a neighbor or a dry remark from Mae to make the same few sights feel different each time. It’s understated worldbuilding that enhances the impact of the main story--especially through a better connection to Mae, her friends, and Possum Springs as a whole.

Many days end with a choice of activity, like going to the mall with one childhood friend or "doing crimes" with another. This is when a lot of the bigger--and stranger--events take place. Sometimes things are lighthearted, like sneaking into an abandoned grocery store just for the fun of it, but there are also serious talks about past mistakes or what exactly Mae is doing with her life. Watching her struggle to articulate her problems and awkwardly dodge questions about college is hard--especially if you’ve ever been in a similar position. Combined with melancholic music, a lot of Night in the Woods evokes the feeling of lying in bed all day, despondent and paralyzed by indecision and uncertainty.

Initially, I had an incredibly hard time getting through more than a day without having to step away from the game for a bit. At 20 I was in a bad place with both school and depression, much like Mae, and playing felt more like looking in a very shameful mirror. But there’s enough going on in Possum Springs to distract from that early-20s, nearly drowning feeling, and instead of closing my game, I looked forward to the respite of mini-games and visiting friends at work, both for Mae’s sake and for mine.

I began checking every corner of town hoping to find the smallest or silliest of moments, and I often got them. I shoplifted pretzels (in a red-light, green-light style mini-game) for baby rats just to see what would happen if I fed them, and I listened to a neighbor’s dumb poetry every day because she could easily have been someone I know in real life. At the center of Night in the Woods is a story about a young adult who has gone numb, and those experiences on the periphery are what she--and anyone who’s lived through an emotional void--does to feel anything at all.

The unfortunate reality is that finicky controls, and even some scenes that feel forced, occasionally interrupt Night in the Woods’ evocative atmosphere. More than one scene requires you to complete simple platforming to proceed, for example; sometimes it’s unnecessarily hard to execute thanks to poorly placed platforms, and in general, having a hard objective is at odds with a game that is otherwise not really gamified.

At the center of Night in the Woods is a story about a young adult who has gone numb, and those experiences on the periphery are what she--and anyone who’s lived through an emotional void--does to feel anything at all.

Night in the Woods does have a game-within-a-game: a dungeon-crawler called Demontower that you can play on Mae’s computer. It’s another good distraction--I played it right before having Mae go to bed, much like I would in real life--and it’s a throwback to the kinds of games you might have put a lot of hours into in the mid-2000s. As a cute detail, you can pick up where Mae apparently left off a decade earlier (and if you don’t like Demontower, you can just go on the computer to IM your friends after a night out).

By the third and final act of the game, I had grown seriously attached to Mae and her crew of deeply flawed but charming weirdos. Their experiences in a struggling, dead-end town are relatable even if you’re nothing like them--and that’s what gives Night in the Woods its emotional impact.

From beginning to end to epilogue, Night in the Woods is ultimately open to individual interpretation. How you relate to it depends on your own experiences and choices, including Mae’s dialogue and who you decide to spend time with. Though its charming and angsty story works well on its own merits, it’s special because of how it prioritizes conveying emotion over telling a straight narrative.

Editor's note: This review has been updated to reflect our time with the Nintendo Switch version of the game. -- February 1, 2018

View Comments (65)
Back To Top
9
Superb
About GameSpot Reviews 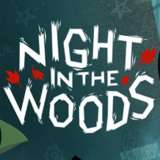 Kallie took 12 hours to play through Night in the Woods using a complimentary copy provided to GameSpot. She successfully raised the baby rats. 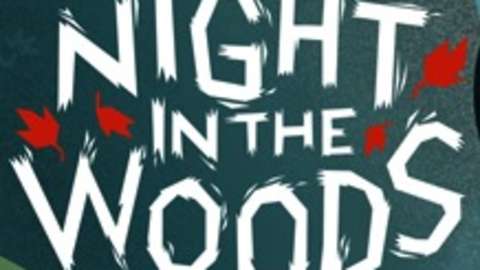 Night in the Woods

Night In The Woods is a 2D story-focused adventure/exploration game with many extracurricular activities to enjoy, characters to meet, and secrets to discover.