If FaceOff's brand of hockey wasn't your bag last year, this year is likely to be an instant replay.

NHL FaceOff 2000 features incremental improvements over last year's mediocre FaceOff 99. For superfans of the series, the reworked AI could be enough to warrant a purchase, but for those of us who are just video-game hockey fans, FaceOff 2000 is prime rental material.

FaceOff 2000 has all the features and modes that last year's title had. You can trade players, release players, create a player, and sign free agents. The modes of play include the usual season, exhibition, quick start, and so on. One new feature that is quite nice is multiteam play, which lets more than one user play within the same season. FaceOff 2000 is, of course, officially licensed and has all the real NHL teams and players.

The Achilles heel of last year's FaceOff was its AI problems. Realizing this, the developers recruited Scottie Bowman, eight-time Stanley Cup champion and coach of the Detroit Red Wings, to help make the game play more realistically. What Bowman and 989 came up with is what they refer to as I.C.E. artificial intelligence. I.C.E. stands for intelligence, comprehension, and execution, meaning that the computer-controlled players on the ice aim to play each situation as they would in an actual hockey game. After playing several games, you'll notice that the blatant problems from FaceOff 99 are, in fact, gone, and that the computer does play quite well. Forwards fall back and help out on defense and sometimes hold off and wait for a rebound to get a breakaway.

The control of the game is just about the same as in last year's title, which if you're not familiar with it, is pretty good. The two control schemes - quick start and advanced - are great. Quick start makes it easy for beginners to simply pick up a controller and start playing, while advanced offers true puck pimps greater control and more options on the ice. This is especially nice when playing with four or so friends, since novice players won't be blown off the ice. The controls are otherwise fairly responsive and intuitive, and the choice to pass the puck with either the icon or regular method is quite nice.

The sound and music in FaceOff 2000 are outstanding. Mike Emrick and Darren Pang once again provide the play-by-play and color commentary for the game. As in FaceOff 99, the banter from Emrick and Pang is incredibly fast paced and even funny at times, but the real credit goes to 989's sound engineers for doing a great job of keeping the play-by-play calls right on cue with the action on the ice. In tune with the commentary, the game's ambient noise, music, crowd, and other sound effects are also quite good.

Overall, NHL FaceOff 2000 is an improvement in just about every category. While the improvements are mostly minor, the reworked AI will definitely please fans of the series. But if FaceOff's brand of hockey wasn't your bag last year, this year is likely to be an instant replay. 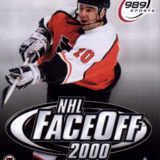 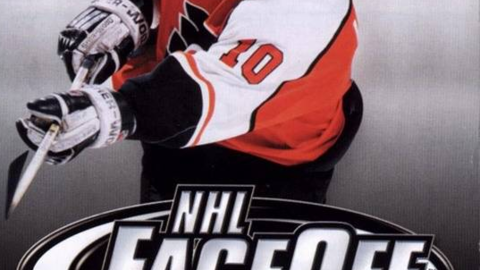 If FaceOff's brand of hockey wasn't your bag last year, this year is likely to be an instant replay.