The people over at Fox interactive know hockey, and it shows in how well NHL Championship 2000 looks, plays, and feels. The physics are so realistic that a lot of video-game hockey fans may actually be turned off by it.

NHL Championship 2000's gameplay is more realistic than that of any hockey game out there, which can be viewed as good or bad, depending on your tastes. If you're a fan of the fast-paced, responsive control of Electronic Arts' NHL 2000, you may find the realistic momentum-based physics of NHL 2000 to be unresponsive. But if you're a purist of the sport, and you realize that players can't really start, stop, and turn instantly, you might be able to appreciate the more true-to-life physics of NHL Championship 2000.

The game's options and features are in tune with the game's true-to-life gameplay. NHL Championship 2000 includes all the players and teams from the NHL, as well as 18 international teams. The game has several modes of play, including exhibition, season, playoffs, championship, and a world tournament. Of course, all of the arenas and little extras - like different team jerseys - are in the game, along with a create-a-player mode. It should be noted that one feature NHL Championship 2000 doesn't skimp on is statistical tracking. Compared with NHL 2000 or Face Off 2000, NHL Championship 2000 has several more stat categories.

The AI is probably the best of any of the hockey games on the PlayStation, but that's not to say it's flawless. The three levels of difficulty are dramatically different, letting you really set the game to match your skills. Whatever setting you pick will seem refreshing - actually, tiring is more like it, since every computer player on the ice is constantly working you to get the puck when you have it, or setting up for a shot when it has possession of the puck. When you bump the difficulty setting up, the whole game gets meaner and more aggressive. It also plays much smarter. The management controls for team strategy are not only in-depth, but it is also designed well enough to let you easily select what type of game plan you want to run. There are a few problems that are somewhat annoying, but they don't really take away from the game. For instance, the computer gets called for offsides more than it really should. You may want to disable the offsides rule to remedy this.

The graphics in NHL Championship 2000 are just about on par with everything else on the market. The animations of the players gliding down the ice, shooting, fighting, and making saves are quite good. The players are fairly detailed, and all the team logos and jerseys look authentic. The walls around the rink are adorned with advertisements, and the glass will break if you get slammed, or if you slam somebody into it hard enough. You can view all the action on the ice from six camera angles, all of which are quite good. In addition, you can zoom in and out from each angle to accommodate your taste.

The play-by-play and pregame announcing by Fox Sports announcers John Davidson and Kenny Albert is really great. The rest of the sound gets the job done, though the drone of the crowd sounds weak in comparison with the noise of the crowd in other games. 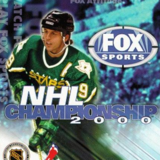 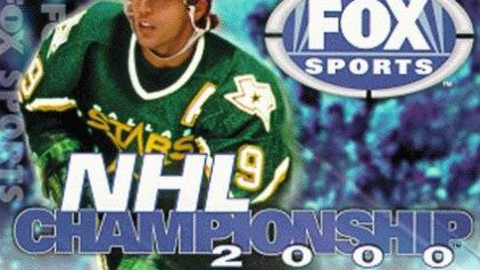