AI issues and the lack of any significant new features have NHL 2K9 skating backward this year.

Time travel just became possible, at least for hockey fans. Toss NHL 2K9 into an Xbox 360 or a PlayStation 3 and you'll immediately feel transported back to 2006, which seems to have been the last year that any significant improvements were made to this hockey series. This so-so look at the Canadian national pastime actually turns away from realism to embrace a more old-time arcade hockey feel with streamlined controls and single-minded AI. While the game still gives you a good challenge, it seems like what remains of the realistic NHL 2K games of the past is being slowly erased.

Modes of play are almost identical to those offered in 2007, with the addition of Zamboni races between periods (you'll try this option once, then forget it exists). Special games now include being able to play three-on-three in a pint-size minirink, four-on-four pond hockey, and a solo shootout. None of these options will be more than moderately diverting, however. The minirink is so small that games are nonstop breakaways from one end to the other, while the pond is simply a bland sheet of outdoor ice surrounded by snowbanks and invisible glass that still clangs every time you shoot the puck high and wide. Ah, nothing says "outdoor hockey" like the synthetic bang of Plexiglas.

Franchise and Season modes haven't really changed. Granted, these options were pretty deep last year, particularly when it came to the implementation of the NHL's labyrinthine salary cap regulations and tough contract negotiations. But there are no refinements or serious additions here, and they are sorely needed given the continuing mess that is the interface. The game has taken on a minimalist look with menus popping up only on demand, and while this looks clean, there are no permanent onscreen icons indicating which button you have to hit to pull up which menu. Even when you do come to grips with menu navigation, too much of the information you need is buried. The biggest problem is the lack of a central hub screen where you can get a quick look at all the big news from across the league. You shouldn't have to go looking for vital information like who's been dumped to waivers, who's been traded, and who's gone to the injured reserve list.

At least multiplayer has been significantly overhauled. You can now play full six-on-six games with up to 11 other human players online on both the 360 and the PS3 in Team-Up mode, and take part in online leagues and tournaments. All of the online options seem to run smoothly. Lag is completely nonexistent on both the 360 and PS3, and getting into matches is trouble-free provided you can find an opponent.

Controls have been revised somewhat successfully. Visual Concepts has reversed last year's changes in this department, revamping the fiddly control system introduced in NHL 2K8 that shifted passing and shooting to the 360 gamepad's bumpers and the PS3's R1 and L1 buttons. You can now choose among three control options--basic, pro-stick evolution, and hybrid. The focus is on hybrid, as the new game emphasizes "bringing the fun back" to hockey gaming through simplified control schemes. What this really amounts to is a merging of button controls with the pro-stick so that you can switch between the two on the fly. This actually works extremely well, as there are moments when you'll want to snap shots off quickly with the buttons, and other times when you'll want to stickhandle and deke with the right stick.

All the control customization in the world can't help NHL 2K9 on the ice, though. Awkward speeds are the biggest issue, with an odd disconnect between the timing of player reactions and sheer skating ability. Players seem sluggish when winding up for a slapshot, throwing a wrister on net, or simply navigating around a defenseman, but their feet are always moving at a fast clip. This results in disjointed play where even the most nimble NHL stars like Sidney Crosby and Henrik Zetterberg seem fleet-footed yet downright klutzy. As a result, there are a lot of broken plays, particularly involving train-wreck collisions that cause unnecessary offsides, and a general clutch-and-grab feel that breaks up the flow so crucial to any hockey game. The new fighting system is the only place where players are as dexterous as real pro athletes, yet it's a waste here because there isn't any weight to your punches (making it hard to tell when you actually connect), and the balance mechanic is too gimmicky and erratic to properly simulate a hockey fight.

Poor hockey sense is another problem. Everything is too forthright and simple-minded for games to feel much like real hockey. Both offense and defense are tight enough to offer you a challenge, but neither are the slightest bit realistic. AI offense is all about going to the net. While there's nothing wrong with hard-nosed hockey, computer players almost always forgo making passes for making a beeline to the slot. So you can generally shut the opposition down by simply gooning the puck carrier and forcing a turnover. Defense is just as mindless. Computer defenders constantly hit you with heavy pressure, smothering you so effectively that you always have somebody hanging off your shoulder pads. To avoid turnovers, you'll have to get off a lot of quick passes, which gives games a pinball feel and results in numerous odd-man breaks since it can be easy to catch the pressuring defenders out of position. Such tough defense also makes all of the teams in the game play in the same style. You go into Montreal for a game with the high-flying, no-D Habs and they're playing the exact same traplike system as the defense first, last, and always Minnesota Wild.

Goalie wonkiness is another problem. Meltdowns between the pipes aren't uncommon in the real NHL, but the number of flaky performances by top-flight goalies here is simply too high to believe. In the franchise games we played, even first-rate goalies like Carey Price and Vesa Toskala crashed and burned every few starts. They would go through stretches where they couldn't stop beach balls and surrender goals on wristers from the hash marks and wide-open slappers from the point. Whenever one of these softies went in, you had to get out the hook, too, as you could just about bet the house that the back of the net would soon fill up with rubber. Odd-man rushes appear to contribute to the cheap goal issues. Whenever the computer goes down the ice on a two-on-one or three-on-one, it seems as though the chance to score artificially increases. So even if the computer doesn't get off a half-decent shot, or you get back and break up the rush, you can bet the farm on your netminder letting one trickle through the wickets or whiffing at a floater heading for the top corner.

With all that said, there is still something about NHL 2K9 that rings true. On-ice action can feel close to that of the actual NHL at times. Do some serious tweaking of the game-setting sliders and you can hack the game into something approximating real hockey. And players can perform like their real-life counterparts in astonishing ways. Curtis Joseph may be just a backup at his advanced age, but he still pulls off his trademark windmill glove saves every now and then. Brendan Shanahan fires his killer snap shot coming down the wing. And Sidney Crosby flops and draws cheap penalties.

You sure won't mistake the appearance of NHL 2K9 players for those in an actual NHL broadcast, though. Graphics have barely been touched over the past couple of years, so the look of the game is way behind the curve on both the 360 and PS3 (more so on the latter, due to a lack of antialiasing that leaves a lot of jaggies). Player faces are roughly hewn Cro-Magnon takes on real people; bodies are so angular and blocky that they seem like Frankensteins stuffed into too-tight equipment; names and numbers on jerseys are far too small and stretched out. The lone new touch is players growing beards during the playoffs, which, admittedly, is pretty cool. Animations are realistic, too. Someone's done a great job of motion-capturing movements for skating, shooting, passing, hitting, and even falling down.

You can't say the same about the audio work. Someone really dropped the ball here. Crowd noise is a mumbling mash so jumbled up at times that you can't make out chants like "Go Leafs, go!" Play-by-play commentary is beyond annoying. Hockey Night in Canada legends Bob Cole and Harry Neale have been dropped for the San Jose Sharks' local team of Randy Hahn and Drew Remenda, who do nothing but repeat generic phrases that tell you very little about what's going on. The duo recycle lines, rarely mention players by name, and use a lot of weird affectations such as a faux-French pronunciation of "Canadiens" and forever calling some teams only by nicknames (it's "Blues," not "Bluenotes"!). Soundtrack tunes are even more aggravating; the developer seems to think that all hockey fans are extreme sports dudes who listen to nothing but the likes of The Offspring, Bad Religion, and Mastodon. Also, "Bad Boys" (the Cops theme) plays during fights and almost every time somebody heads to the sin bin.

It's hard to categorize NHL 2K9 as anything but a disappointment. Even though it will give you a tough game on the ice, the gameplay isn't very realistic and is monotonously simple-minded in its approach to both offense and defense. Only the superb multiplayer makes it worth a look, so if you're not interested in online leagues and tournaments, you can sit this one out and see what next year brings. 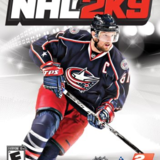 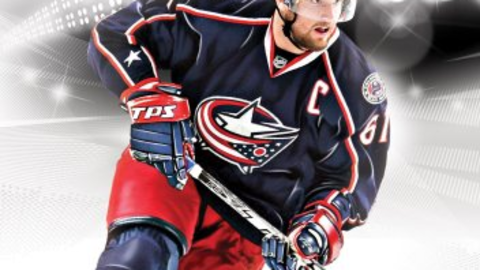 Play with the pros in the next iteration of the popular hockey franchise.